Somewhere, today it is tomorrow. Along the way, we’ll meet in the middle for a baseball game.

With a mere 13 hours separating Red Sox fans from their team, daybreak is going to come with a different sense of urgency come Tuesday, when Boston opens the 2008 season against Oakland at the Eastern time of 6 a.m. Hot dog omelets, anyone?

It could be worse, of course. A’s fans and West Coast transplants are due to find themselves in front of the TV at 3 a.m. On vacation in Hawaii? Midnight for you.

All in the name of globalization. Isn’t it neat?

There’s something intriguing about watching a professional sporting event at odd hours, a reminder of the allure of sports on a worldwide scale, one that doesn’t bow in the name of tri-state area Nielsen boxes or the 405 rush hour delay. Breakfast at Wimbledon in the early weekend hours. The World Cup at dawn. Waking up and seeing who won the Olympic downhill 14 hours before NBC decides to air it.

This, though? This? It’s absurd, powered by greed, and a corporate spit in the face to baseball’s most loyal fans. It’s barely even an acknowledgement of the A’s fans, many of whom will have no realistic way to watch their team on Opening Day tomorrow/tonight.
“Is opening America’s most beloved sports season far across the sea such a terrific idea?” asks the San Jose Mercury News’ Mark Purdy. “The answer: Sure, if you agree that selling MLB merchandise in Japan is way more important than, at the most eagerly anticipated time of year, giving home fans a chance to see, you know, their home team.”
As if you needed further proof of the international phenomenon that the Red Sox have become, look no further than the Tokyo Dome, where the Sox are the Harlem Globetrotters to the A’s Washington Generals. The Olde Towne Team no longer, Boston has officially become the New World Franchise, its logo a familiar sight at any corner of the globe, synonymous with the Yankees and Manchester United.
Opening Day still means something in baseball, whether it’s just the renewed excitement of another season coming to birth, or all that rites-of-spring, everyone-is-in-first-place cheese. It’s possibly the one American sport where we invest so much emotion and preparation into a game that means little to nothing by the time the season is in full swing. (Unless you’re of the mind that Gil Meche’s brilliant Opening Day outing last April in Kansas City really slowed the Red Sox down on their way to winning the World Series.)
It’s day in, day out. By the time the end of April hits us, Opening Day is but a non-factor.
But it’s ours, and it’s special. Or, at least, it used to be. No other sport opens its season with the pageantry of baseball, but that has been snatched away from us by the marketing arms of the game. They’re playing the first two games of Major League Baseball — OUR national pastime — in the Far East in order to drum up more T-shirt, hat, and stuffed Wally sales. Japanese fans will wonder what a “Youkilis” is, and buy his jersey out of novelty. You may not see Opening Day. But there could be a schoolyard in Nagano where a child is fully decked out in Red Sox whites, and forking over his parents’ cash to MLB.com so he can watch the games online. Ask MLB which one they care about more.
While it’s not exactly a revelation that they would care more about promoting their game than your interrupted sleep schedule, the question is whether they should care to this degree, denying both sets of fans any viable means of enjoying Opening Day on somewhat normal terms. Tomorrow morning will certainly be a special moment for Daisuke Matzuaka and Japanese baseball fans, who will have the chance to see their native son start the 2008 season in their backyard.
Good for them. But forgive us if we aren’t a little jealous. They’ve stolen one of the most special days for one of our country’s favorite sports.
Yes, there will be an Opening Day in Oakland, and another in Boston, and nothing will probably feel any different than had they not played these two games overseas. But then, why not just the exhibitions? What do the Japanese fans care if these games count?
Red Sox fans do. A’s fans do. And yet, they are the ones who are inconvenienced the most.
Of course, you’ll still be up at 6 a.m. watching, whether it be at a local diner, pub (open early…even in Manhattan), or simply the kitchen, in between trying to pack the kids’ lunches and making sure the dog doesn’t have an avenue to the postman later in the day. Some of us will watch walking the treadmill. Others will listen on their commute into the city, balancing a level of frustration between that Subaru that cuts you off and Julio Lugo’s at-bats. Fans will adjust to the baseball clock, no matter what. No matter when or where.
Opening Day is special for a different reason this year, when the crack of the bat will come before the crack of dawn. Dig up an old box of Cracker Jack Cereal and get ready to watch the first pitch from the World Champs.
Tomorrow morning. Today in Japan. 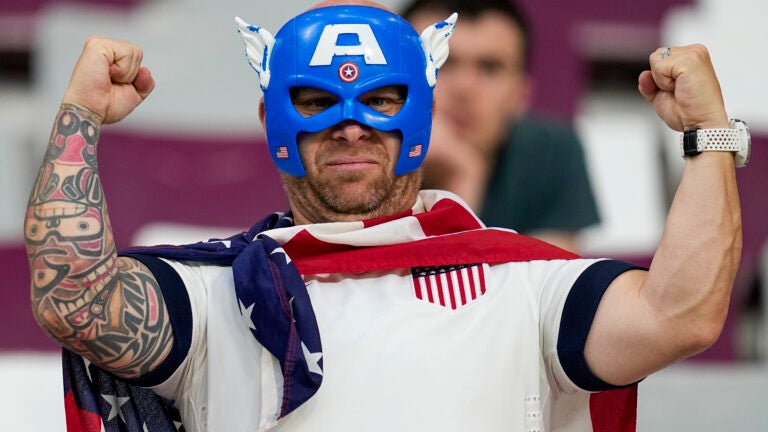