As you can imagine, Versus analyst Mike Milbury referring to the Sedin twins as “Thelma and Louise” during last night’s second intermission didn’t go over so well with the Canucks.

The Vancouver Province’s pay-for-appearance writer Tony Gallagher comes to the twins’ defense, even after another lackluster effort for both in last night’s 4-0 Bruins triumph.

“Seriously,” Gallagher writes, “what other finesse players in the history of the league have taken this much abuse when they have a string of bad games? Do you have to play like a North American just to have people properly identify your sexuality?”

Like I said last night, I don’t really see the comparison. Thelma and Louise were tough.

Canucks players clearly were not amused either. From Gallagher:

“Who cares what he thinks,” said Cory Schneider, an American as well as Milbury despite the latter’s appearances on Hockey Night in Canada. “If he’d been their general manager he would have traded them in their first year anyway like he did with everyone else. One guy is a Hart trophy winner and the other is up for it this year and we have complete faith and confidence in these guys. Who cares what he thinks”

“I have no comment that’s so bad,” said Daniel Sedin, shaking his head after having heard slurs like this ever since he and his brother broke into the league.

“I couldn’t care less about Mike Milbury and his analysis,” said Kevin Bieksa with a look of disgust never seen before at being directed such a question. “Comments from someone like that are the last thing on my mind right now.”

Fair or not, it’s undeniable that both of their games have fallen off a cliff. The Sedins have combined for just two points in the Stanley Cup Final, which is knotted at two games apiece, and headed back to Vancouver for tomorrow’s Game 5. 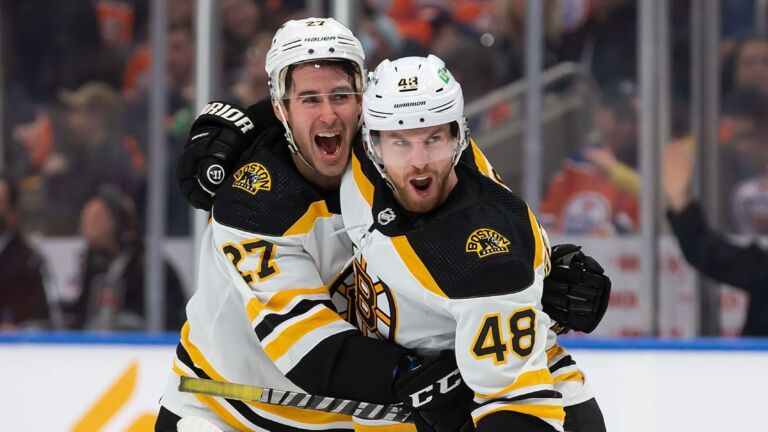