“He was funny, he was smart, he was tough. But the other side of him, coming from New England, there was a certain part where you didn’t always know what was inside.”

— Jim Palmer, on the suicide of his friend and former teammate, Mike Flanagan.

Maybe that’s the best explanation we can expect when it comes to the cruelly inexplicable.

Maybe Mike Flanagan, a great character long extolled as someone also of great character, was at his core a stereotypically stoic New Englander who kept his pain inside until it the unthinkable metastasized into the logical in his mind.

Maybe that’s the reason Flanagan, a Manchester, N.H. native forever identified with Baltimore, pointed a shotgun at his head and ended his life Wednesday at age 59, leaving so many admirers and friends like Palmer grasping to make sense of the senseless.

Can you find an explanation for this more logical than Palmer’s? I’ve searched, and I can’t. Baseball fans who were sucker-punched by this story — one that has grown more terrible with each new detail — have heard and read the vague and knowing suggestions from friends and former teammates that Flanagan was hurt by the perception that he failed during his stint in the Orioles front office, or that financial struggles had sent him spiraling downward in despair.

I don’t doubt there’s some truth to be found there. But it doesn’t explain why someone who appeared to live a charmed life, seemed to appreciate his good fortune and had so many who would be willing to help if they’d just known, someone who was the father of three girls, would choose death.

The thought that someone could be so distraught that they would be unaffected by the knowledge that those they left behind would be engulfed with sadness and guilt is heartbreaking. The legacy that apparently mattered so much to him is now permanently altered; he no longer known foremost as “Mike Flanagan, 1979 American League Cy Young winner and beloved Oriole.” He’s that ex-pitcher who killed himself in a gruesome manner, another name on a list of ballplayers who died when there should have been plenty of good years left to be lived.

Despite the devastating nature of his final days, Flanagan deserves to be remembered for all of the chapters that came before. His former teammates will try to remember the ballplayer first and foremost, the gutsy lefty who stood as a symbol of those admirable ’70s Baltimore teams. I must admit, however, that my appreciation of Flanagan was ancillary. I never met him, and that’s where beat writers have my envy. I never had the good fortune of hearing him talk pitching in detail or tell a story with Earl Weaver cursing out Palmer as the punch line.

I knew him only in the admiring way a kid knows baseball players. As the long-haired lefty in my cherished stack of 1978 baseball cards, as one of the three pitchers to beat the seemingly unbeatable Ron Guidry that season (thus making him essentially a Red Sox by proxy in my 8-year-old mind), as the wit whose weekly one-liners in Peter Gammons’s Sunday notes column in the Globe were just subtle enough to elude my grade-school sense of humor but always made my dad cackle.

In some way, maybe that was the best way to know Mike Flanagan. From afar, admiringly, as that witty and bright baseball prince of Baltimore, in those bright seasons long before the stoic New Englander would reveal the darkness inside.

Four worthwhile remembrances of Flanagan, with the acknowledgment that I hope Dan Shaughnessy, who covered the Orioles in the late ’70s, writes about him when he returns from vacation.

Richard Justice: If You Were Lucky Enough To Know Mike Flanagan, You Were Better Off For It. 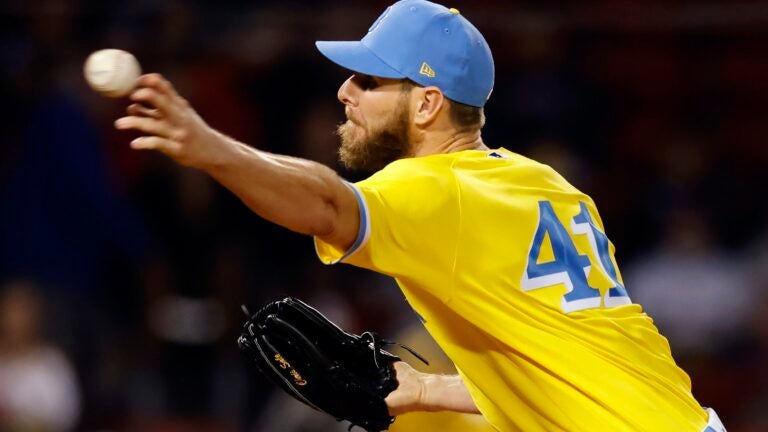