Big changes for the Tigers Wednesday in advance of Game 4 of the American League Championship Series: Miguel Cabrera has been moved up to the second spot in the lineup, with Torii Hunter hitting leadoff for the first time since 1999. Austin Jackson drops from first to eighth. For the Red Sox, who lead the series 2-1 after Tuesday’s 1-0 thriller, Daniel Nava is back in the lineup for Jonny Gomes against sinkerballing righty Doug Fister. Jake Peavy, who was excellent in Game 4 of the ALDS, gets the ball for the Sox. We’ll talk about this and more in our pregame chat. Check in below to chime in. 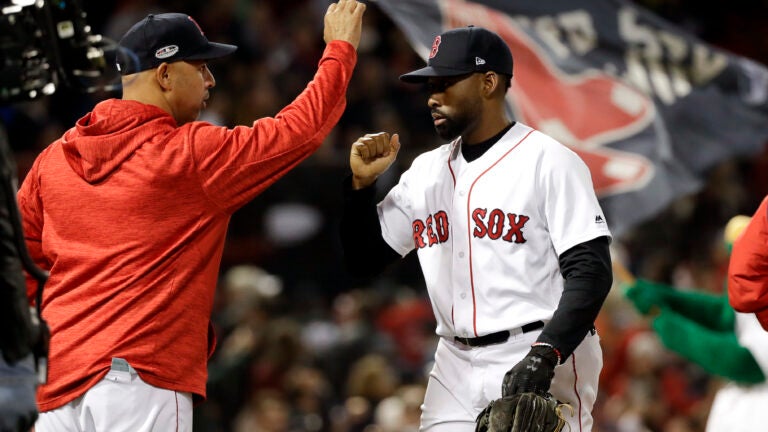