The Cooperstown Class of 2014 is a great one, and yet one that could have been greater, at least in terms of the volume of inductees.

Greg Maddux, Tom Glavine and Frank Thomas are first-ballot honorees so indisputably qualified for baseball’s highest honor that not even the philosophically splintered BBWAA could mess it up.

It’s the best and biggest class since 1999, when Nolan Ryan, George Brett, and Robin Yount were elected, Carlton Fisk just missed, and Dwight Evans shamefully fell off the ballot.

The 571 voters got it right — and not quite right enough.

Craig Biggio will get in some year, possibly next year. But it must have been a wallop to the gut to learn he fell all of two votes short at 74.8 percent this year.

It doesn’t require much Internet sleuthing to realize that this would have been his year had every voter approached his or her ballot having done the appropriate homework. Hazy memories and eye tests do not count as preparation.

And single-player ballots for, oh, the 16th-best candidate at best, should be cause to revoke voting rights.

Mike Piazza (62.2 percent), the best-hitting catcher of all-time but one whose methods for success drew suspicion from the clubhouse amateur dermatologists, should have been the fifth member of this crew.

Barring his name showing up in a sequel to the Mitchell Report, he’ll get in eventually, having jumped up nearly 5 percent this year.

But hey, three wonderful players will experience their career culmination this summer. It’s a heck of a lot better than last year, when the BBWAA left the podium empty.

A few other thoughts from this year’s results:

If chicks dig the long ball, then baseball writers apparently dig the changeup:

You have to love the symmetry of Maddux and Glavine, the longtime Braves teammates who combined for 660 victories and six Cy Young Awards, going in together, especially in the same year their manager, Bobby Cox, goes in.

Maddux, at 97.2 percent, actually got a lower percentage of the vote than I expected, while Glavine (91.9), whose career wasn’t that much different from Mike Mussina‘s, got a little more.

Maddux couldn’t surpass Tom Seaver (98.84) for the highest percentage of the vote ever, and it’s more apparent than ever that no one will ever get 100 percent.

With two of the Braves’ ’90s aces set to be enshrined this summer, it’s almost a shame that John Smoltz, eligible next year, didn’t retire a year earlier so he could join them. (Red Sox fans who watched him struggle in 2009 certainly agree.)

Meanwhile, Steve Avery surely turned off the MLB Network and went out for a walk this afternoon, while Kent Mercker and Charlie Leibrandt remain on the outside looking in.

Biggio had a day that was both disappointing and encouraging. It probably leaned much more toward the former for his longtime teammate Jeff Bagwell, who fell from 59.6 to 54.3 percent in his fourth year on the ballot.

That decline makes little sense unless you choose to apply steroid suspicions indiscriminately and irresponsibly. Bagwell hit 449 homers with a .948 OPS in his 15 seasons. He was slightly less productive than Thomas, but better all-around, and they are each other’s top statistical comp every year from age 31 to 35.

That Bagwell is not in already is a shame. That he may not ever get in is inexplicable.

Jack Morris, who was Dennis Leonard with a healthy right arm, fell off the ballot in his 15th season with 61.5 percent of the vote.

He’s not worthy of enshrinement, with that 3.90 ERA and the myth of pitching to the score, but the veterans committee will eventually wrong this right.

If there’s an ’80s Tiger who deserves further and deeper consideration, it’s Alan Trammell, who got just 20.8 percent of the vote this year but was essentially a more durable, less dynamic version of Barry Larkin.

It’s puzzling how easily voters forgot (or overlooked) the Trammell/Lou Whitaker middle-infield brilliance. Not even Tom Selleck gave them their due.

It’s a pleasant surprise that Thomas, who got 83.7 percent of the vote, walked into the Hall without any suspense.

But I thought it might be held against him that he spent his later years as a DH and had a tough time staying on the field later in his career.

Tim Raines fell back under 50 percent (52.2 to 46.1). I’d like to think he was the 11th choice among voters who hit their 10-vote limit on the ballot, but the reality seems to be that there’s still a steep hill to climb before the second-best leadoff hitter in baseball history gets the recognition he is due. It’s beyond belief that his Expos teammate Andre Dawson (career .323 on-base percentage) is in the Hall of Fame while Raines, a far superior player, can’t get close … Curt Schilling (29.2 percent) and Mussina (20.3 percent) have a long way to go, so let me ask you this: Whom would you rather have pitching Games 6 and 7 of a World Series? Schilling and Mussina, or Maddux and Glavine?

Ah, well — we’ll make these cases again next year. For now, we’ll celebrate a worthy class, the bare-minimum of acknowledged brilliance though it may be. 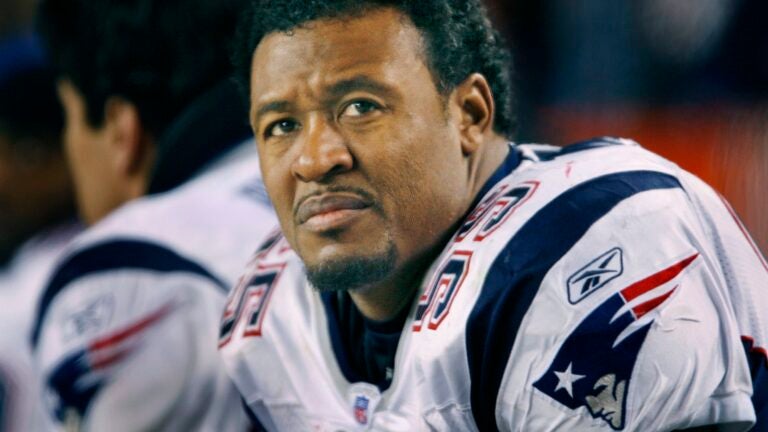 Why have so many Patriots been overlooked so far for the Hall of Fame?