Before we consider what to me was the most fascinating glimpse into a very near future to come from the Sloan Sports Analytics Conference Friday and Saturday, a quick flashback for the sake of context, perspective and timeless Ken Griffey Jr. highlights, too.

Let’s take the DeLorean back to 1997. Baseball Prospectus was still in the fledgling stages of establishing itself as a trusted (and charmingly snarky) resource of independent baseball thought. I hadn’t yet discovered BP, and in a sense I’m still catching up — I have all of their annuals and have developed a habit I have no intention of breaking of pulling a random book off the shelf next to my desk and reading a random player comment or a dozen.

Among those who found their work in their early days, I can only imagine the response to the frank, substantive, conventional-wisdom-shattering comments — such as this one from the ’97 book on Ken Griffey Jr.

His defense has finally improved to the point that he actually deserves to play center field. He’s still seven miles from being the best defensive outfielder in the league. 27 this year, so look out.

There was also a jab at Griffey’s defense in the Jay Buhner player comment:

Anyone who thinks Buhner is the best right fielder in the AL should be punished by having to watch footage of a every one of the 6,814 balls that fell between him and Griffey last year.

Now, remember, this is Griffey at the height of his powers and popularity. He was considered the best all-around player in baseball, one who hit 49 homers in ’96 and would up that to 56 in ’97 (look out, indeed). He had won seven straight Gold Glove awards entering the ’97 season, and would extend that streak to 10. And there were more than enough highlights to accompany the golden defensive reputation:

Based on his grace and aesthetics, the suggestion that Griffey might not be all he was reputed to be in ’97 must have been regarded as absurd by anyone in the mainstream media aware of BP’s take. Advanced defensive statistics were raw and/or rudimentary — Fangraphs’s defensive measures for Griffey’s defense begin in ’02, when he was already past his prime. And the ones that were used, such as Total Zone rating, actually supported Griffey’s rep — TZ had him at 32 runs above average in ’96. Either way, the number of balls that fell in between him and Buhner was probably slightly fewer than 6,814.

I bring this up in my usual roundabout way because … well, because we’re about to learn everything we ever wanted to know. During a well-attended sponsored announcement Saturday afternoon during the Sloan conference at the Hynes Convention Center, Major League Baseball Advanced Media unveiled a revolutionary new system that will use in-ballpark cameras and a complex set of algorithms that will accurately measure … well, everything. Everything.

The distance of a baserunner’s lead off first base. The route and speed of a runner rounding third. The velocity and trajectory of the ball off the bat. And as this clip, of a brilliant Jason Heyward catch last year reveals, all the data imaginable on an outfielder’s route to catching or not catching the ball.

Check this out. Really — check it out:

Now, this information isn’t going to be available at our fingertips and on our touch screens right away. MLBAM CEO Bob Bowman said it will be available for teams’ baseball ops departments and “some fan use” this year, but he was vague about how much. And the technology, including six cameras and a radar system, will be in three ballparks this season — Target Field, Miller Park, and Citi Field — with rollout planned for the rest of the stadiums next season.

But after seeing how it will be utilized and how much data is available, it’s impossible not to believe it will literally be a game-changer. Just look at some of the info on that Heyward catch. We know, instantly, the distance of the ideal route from where he began to where the ball would have landed. We know the route he took, and so we can measure the efficiency of his path to the game-saving catch immediately. This will tell us, say, whether Jackie Bradley Jr. actually does cover more ground in a more precise way in center field than Jacoby Ellsbury. It would have told us in the old days, way back in the ’90s, whether perception was the reality with Griffey’s defense. We’ll even have a way to really quantify whether a third base coach is good at his job or a clone of Wendell Kim.

One of my favorite applications of the new MLBAM defensive tracking is going to be improved evaluation of third base coaches. #SSAC14

It’s also going to impact scouting and player evaluation, as Jim Duquette articulated in a video shown during the presentation.

“The exciting thing about this new technology is, you can start to take the subjectivity that is given to you by the scout and blend it with raw data now, and come up with a truer picture of evaluating a player,” Duquette said. “So when you take that data and compare it to others in the game, you can really find out if that position player is the best at his position. You can measure potential free agents, you can measure current free agents.”

I imagine there will be some skepticism or resistance to this from the too-much-information, I-know-what-my-eyes-tell-me crowd. That’s OK. Those of us who use the info will still need tomato cans to knock around in good old fashioned baseball arguments.

Hey, I honestly don’t know if Ken Griffey was overrated defensively or not. But if we had the technology then that we’re about to have soon, the data would provide the answers even as we watch the highlights.

Not surprisingly, there is all the data one could ever want available on just how much Sloan has grown in the eight years since the first gathering of less than 200 sports innovators and thinkers at MIT in 2007. This year’s conference had 2,000 attendees — pared down from 2,700 last year — with a waiting list of 900. Representatives of at least 80 professional sports franchises were in attendance, including, it is believed, someone from every NBA team.

As Paul Flannery wrote in a terrific state-of-Sloan piece in Boston Magazine, the conference has become arguably the biggest off-field date on the sports calendar, which is remarkable if only because one of its two touted panelists its first year was Jamie McCourt. I’d love to see the title of the panel that would get her to return.

As someone who first attended Sloan in 2010, the same year ESPN became its presenting sponsor, I’m not about to launch into a nostalgic soliloquy about how it was so much better and authentic back in the day. Just because you didn’t first see Springsteen play some Jersey dive bar in ’72 doesn’t mean you can’t appreciate Thunder Road, you know?

Or to put it another way:

Literally the last thing anyone in the world needs is Sloan hipsters talking about how cool the conference was in 2010.

That is true, especially since it’s still really cool. It’s valuable and entertaining to hear panelists such as Celtics coach Brad Stevens or Falcons GM Thomas Dimitroff talk casually but thoughtfully and with relative candor about how they approach their jobs.

I do believe, though, that the growth of Sloan — and certainly the ESPN influence — has altered the actual analytical insight that comes from the event. That’s probably an unavoidable change. I’m not sure I like gleefully ill-informed skeptics of the statistical revolution getting prime spots at Sloan just because they have marquee names with the right company. (Starting with Michael Wilbon in 2010.) But that’s a small sacrifice to make for the growth of a great event. And it remains fascinating to recognize how top executives and thought leaders in the respective pro sports leagues approach Sloan.

At Sloan, the NFL says a lot and nothing at all. Major League Baseball uses Sloan to break news and show us how close the future is to becoming the present. The NHL sends in Brian Burke to charmingly harrumph about how much analytics can really be measured in hockey, the ultimate ebb-and-flow sport.

And the NBA is the star of the show. Always has been, really. Part of that has to do with co-chair and founder Darryl Morey, the affable Houston Rockets general manager whose panel with Warriors general manager Bob Myers on the art of negotiation was the most entertaining one I attended over the two days.

Myers revealed he fudged numbers in favor of his clients all the time during his days as an agent, and said he enjoys negotiating with Danny Ainge because he’s forthcoming, amicable, and doesn’t waste your time.

Morey told a story about how he accidentally offended Mark Cuban during the Mavericks’ and Rockets’ free-agent pursuit of Dwight Howard. Cuban knew Howard wasn’t choosing Dallas before Morey did, so when Morey called Cuban to ask if Dirk Nowitzki might be available (presuming Howard chose Dallas), Cuban thought Morey was taunting him.

The NFL guys don’t give you anything, at least in terms of specifics. This dawned on me after I sat in on a couple of panels featuring NFL personnel, most notably a Friday afternoon gathering moderated by ESPN Boston’s Mike Reiss that featured Dimitroff and Falcons coach Mike Smith discussing how they work in alignment to get the most out of the team.

It was an insightful discussion, for sure. Dimitroff in particular spoke amiably and anecdotally, talking about how his time with the Patriots in which he was around Tom Brady helped him recognize some subtle attributes in Matt Ryan, for example, or acknowledging that it’s dangerous to have 25 percent of your salary cap tied up in two players (Ryan and receiver Julio Jones).

But the specifics about what they do just weren’t there to be found. The word analytics was used by the NFL guys in an all-encompassing way, almost as a representative of everything that couldn’t be classified as pro football conventional wisdom. Sometimes it was substituted for the basic concepts of preparedness or thoroughness. Sometimes it was applied to a specific statistical measure, such as a team’s success rate with fourth-round picks (Dimitroff noted only 50 percent stick and 14 percent become starters).

But the use of the word was hazy at best by the NFL guys. Even Jonathan Kraft’s anecdote about how the Patriots came to draft Tom Brady — one we’ve heard before and will gladly hear again and again — was lacking an analytical element. If anything, it touted sort of the opposite concept — Brady’s intangibles.

Part of that, I’m sure, is the natural inclination of football braintrust-types to be secretive. It’s not just Bill Belichick, you know. But I also wonder how many of them were there to put on a good analytical face, to appear to be at the forefront of independent thought, simply because Sloan has become such a relevant event.

No team wants to look out of touch. But in the NFL, no one wants to tell you where and how they’re breaking ground, either. What they haven’t figured out is this: At Sloan, if you don’t do the latter, the former will seem like it applies. 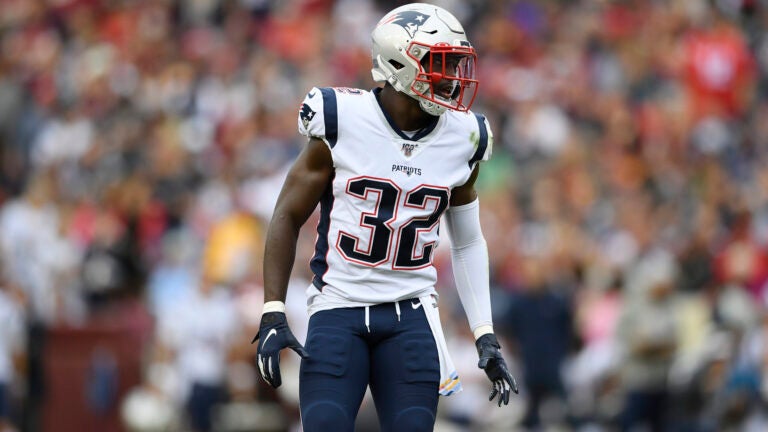