Don’t get used to this, but for once, I’ll agree with the caterwauling consensus. Even though he wasn’t playing, yes, Rajon Rondo should have been in Sacramento with his teammates rather in Los Angeles celebrating his 28th birthday. The cake and ice cream — I’m just going to assume it was Rocky Road — could have waited.

Or at least he should have asked permission to remain behind. It’s a small, silly controversy, one sports radio hosts are grateful for given the utter lack of authentic “concerns” in Boston sports these days.

They didn’t, allowing the story to linger and suspicions to mount. Rondo’s absence obviously mattered to them. Rondo breached something – protocol almost certainly, and probably trust as well – and that’s unacceptable for any professional, particularly one in a leadership role.

Maybe Rondo will learn from it. Probably he won’t. Defiance is part of his nature, sometimes for the better (he fears no rival), sometimes for the worse. I can live with it, because I savor watching him play basketball. Others are sick of it, and I can understand that, too. Just don’t expect it to change. It’s who he is, and it’s worked for him for the most part.

What I don’t get is the complete lack of context for how Rondo would be perceived as a Celtic had he come around generations earlier. I hate to pick on one reader here, because I’ve received countless variations of this thought over the years, but this one condenses the shortsighted concept perfectly:

I mean, that’s just wrong – as wrong as suggesting he’s the 40th-best point guard in the league. (Perhaps that moron scout had him confused with Phil Pressey?) Rondo is precisely the kind of player Red would have adored – distinctly talented to the point that it’s hard to come up with a true comparison and fiercely competitive to the point of being anti-social.

To say Red Auerbach wouldn’t have liked Rondo is to know nothing about how Dennis Johnson was perceived before he got here. (DJ’s death in 2007 at age 52 is a tragedy for a lot of reasons, a small one being that we never got to hear him offer words of wisdom on Rondo.) Or Robert Parish, who was tagged as disinterested during his time with the Warriors. Or all of the Last Chance Saloon guys Red took a shot at – Bill Walton, Pete Maravich, Dave Bing, even the likes of Marvin Barnes.

As the excellent John Karalis at Red’s Army put it regarding Rondo: Ultra-competitive [expletive]? Red would have adopted him.

… well, how does this work for you? A certain basketball savant in Indiana has been known to marvel at Rondo’s feats from time to time.

Rondo has his flaws, and criticism of them is just. But don’t revise history just to bash him, because those who made that history would have welcomed him.

On to a brief Twitter-centric edition of …

@GlobeChadFinn crazy to think the Pats would pursue Graham, after getting the non exclusive franchise tag? Two low first round picks

Man, if it’s not tempting, it’s certainly easy to dream on. Graham and a reasonably healthy Gronk (whenever he returns) would be absolutely unstoppable. It would also silence the notion the Patriots haven’t done enough to surround Brady with elite talent as his career winds toward its final seasons. But giving up two first-rounders — even in the late-20s — plus having to sign Graham to a long-term extension, plus having to deal with the possibility that he’ll file a grievance to be classified as a wide receiver (which is what he really is) rather than a tight end … well, it’s probably too much of a commitment to make. I think we’d all be thrilled if it happened, because, hey DYNAMIC WEAPON FOR BRADY. But I’d be shocked if it does happen. That is a really steep price to pay. There’s probably a better chance Daniel Graham is at tight end for the Patriots next season.

@GlobeChadFinn When does Wilfork get cut? Saving $

Even with the acknowledgment that he wasn’t playing up to his usual standards before he blew out his Achilles’, I can’t imagine they’d cut Wilfork unless negotiations to extend his deal, prorate the bonus, and reduce his cap number got particularly contentious. He counts $11.6 million against the cap this year. Cutting him would save $8 million. But even entering his age-33 season, if healthy he’s still capable of being the fulcrum of that defense, and his leadership is valued to the point that he traveled with the team after his injury. I imagine they extend his contract and get that cap number lower for this year.

It doesn’t. At all. If you missed the note, Fox announced Friday that Harold Reynolds and Tom Verducci would join Joe Buck on the network’s World Series broadcasts in the coming season. That certainly looks like a precursor to formally naming them as the replacements for Tim McCarver as Fox’s “A” broadcast team for baseball. I reported, as did Sports Illustrated’s Richard Deitsch, back in November that Fox was expected to hire Reynolds; I’m still waiting for the first response in favor of the move, and I had a small hope that the collective groan among baseball fans upon hearing the news might cause the network to reconsider. No such luck, apparently. Reynolds is pleasant enough, but he’ll never offer a discouraging word about management, and he wears his willful, cartoonish ignorance of baseball’s statistical advances like some kind of old-school badge of honor. He’s an affable but far less accomplished Joe Morgan. Fox had an opportunity to do so much better.

This is what we have to look forward to. Until next week, the mailbag is closed. Excuse me now while I repeatedly bang my head against my desk until Harold’s argument makes sense. 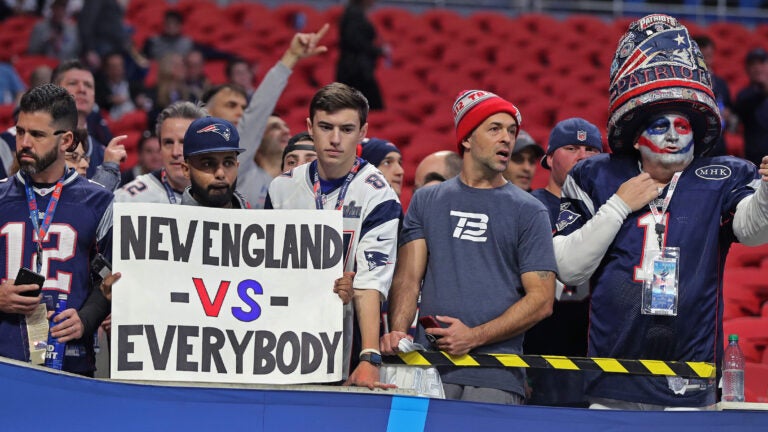