1. If that photo represents the final scene of Vince Wilfork’s stellar Patriots career, well, that just stinks. He deserves a better ending to his 10 years here than riding off into the sunset on a cart. But the reality is that football has very little room for appropriate endings and farewells. One day, you’re anchoring the defense, a franchise bulwark. The next, you’re a 32-year-old, 350-pound lineman coming off Achilles’ surgery who wasn’t playing particularly well before you blew our your heel. It’s harsh that Wilfork, who apparently asked for his release rather than take a pay cut, could depart so abruptly. He’s earned the money on that contract. But the system is set up where situations like this are common — the forecast for what you will be going forward doesn’t justify the present salary. I hope the Patriots release him, he realizes the market for an older run-stopping interior lineman isn’t what he thought it would be, and he comes back for a salary that satisfies both sides. He still belongs here, still fits. Just not at his current rate.

2. That 2004 Patriots defense, which ranked second in the league in points allowed, looks better with each passing year. Mainstays Tedy Bruschi, Rodney Harrison, and Willie McGinest (9.5 sacks) all started 16 games. Wilfork and Keith Traylor (10 starts) split time in the middle. Richard Seymour played 15 games, while Mike Vrabel started 15 of 16., while Rosey Colvin played all 16 without a start. Roman Phifer, Ted Johnson, Asante Samuel (eight starts after Ty Law got hurt in Week 7) and Ty Warren were all still around. Rosey Colvin played 16 games with just one start. Such a talented, versatile group. I’m not sure they were appreciated in their time the way they should have been.

3. I’ll say it again since it didn’t take the first time: I don’t get Patriots fans’ coveting Ol’ Blood and Guts Steve Smith beyond the name recognition and the fact he had a big game against Aqib Talib this season. He’s an accomplished pain in the [lower body], which would be something you could look past if he weren’t 35 (in May), coming off a season in which he slowed considerably (745 yards, 11.6 per catch in 15 games), and doesn’t seem the type to deal with a diminished role gracefully.

4. In case you were wondering about the precise dimensions of Revis Island, out this from Pro Football Focus. (Especially the second screenshot/diagram.) No matter how the other pieces fall into place in the Patriots’ defensive backfield, we can already draw this giddy conclusion from the visual proof: He changes everything.

5. Favorite Revis stat? Thirty-one passes defensed in 2009. Would love to know how many he batted down that were intended for Randy Moss over the years. Ty Law’s career high in passes defensed, for what it’s worth, was 23 in 2003. The NFL started tracking the stat officially in 2001.

6. Hope Julian Edelman stays, but man, he would be a great fit with the Niners. It is interesting that they’re pursuing him with Anquan Boldin already on the roster. Suggests they don’t see him as a slot guy, and has he’s been quick to note, 51 percent of his snaps this season actually came when he lined up outside.

7. There’s extra delight to be found in Jets fans’ reactions to Revis choosing their chief rival, agitator, and superior (at least during the last decade-and-a-half). I’d suggest his arrival, via one-year layover in Tampa Bay, finally counters the Jets’ thievery of Curtis Martin after the 1997 season, in terms of a beloved player willingly switching jerseys and allegiances. But really, though the transaction didn’t involve a specific player, the day Bill Belichick resigned as HC of the NYJ and headed to Foxborough has long since trumped anything the Jets pulled off on the Patriots, right?

8. I imagine if Brandon Browner does end up with the Patriots, we’ll have to stop chirping about all of the banned-substance suspensions (I believe the standing count is seven) that have occurred in Seattle on Pete Carroll’s watch. I can deal with that — I think you’d have to be deliberately naive to believe that the Seahawks are the exception and the 31 other teams don’t have anything worse than lentils and flax seed in their locker rooms. It’s not so much interesting that the Seahawks have banned-substance users. It’s that they keep getting caught.

9. So Revis and Logan Ryan are the starting corners next year, Kyle Arrington is in the slot, and Alfonzo Dennard is the high-quality backup, right? Or is there a chance Arrington, who’s salary exceeds his production, gets cut? I figure Browner profiles more as a safety, filling the Steve Gregory role. And I’m probably the only one who still holds out hope that Adrian Wilson will be a part of this next year.

Richard Sherman and D’Angelo Hall and LeGarrette Blount (on Aqib Talib’s behalf) can bicker about who is the best cornerback in the league. It’s a legit debate. But the best cornerback I’ve ever seen, certain Prime Time performers included? Mr. Haynes, right here, without debate. 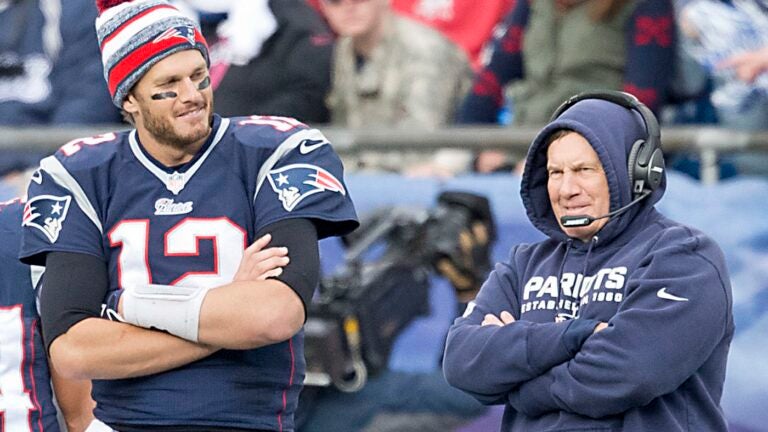