In one sense, Steve Lyons is back with the Red Sox for a fifth time.

The former Red Sox utilityman, who had four separate stints in Boston during his nine-year major league career, has joined NESN as a studio analyst.

While Lyons doesn’t have the Hall of Fame pedigree of NESN analysts Dennis Eckersley and Jim Rice, and he’s not the local baseball icon that Tim Wakefield is, he is an accomplished broadcaster.

He hosted “This Week In Baseball” for two years, and spent the last nine years as part of the Los Angeles Dodgers broadcast team.

Lyons’s contract was not renewed after the season ended last October. The Dodgers hired Orel Hershiser and Nomar Garciaparra in the offseason as analysts for their new network, SportsNetLA.

A No. 1 pick in the 1981 amateur draft out of Oregon State, Lyons debuted with the Red Sox in 1985, hitting .264 with five home runs and 12 stolen bases in 133 games. The next June, the pennant-bound Red Sox sent him to the White Sox for future Hall of Fame pitcher Tom Seaver. Lyons re-signed with the Red Sox in April 1991, and also had brief separate stints in 1992 and ’93. He also played in the majors for the Braves and Cubs.

Lyons was a popular — he was voted the 10th Player Award in ’85 — if erratic player during his various times with the Red Sox. Nicknamed Psycho by former teammate Marc Sullivan, he’s probably best-known nationally for hiking down his pants during a game while playing for the White Sox in 1990.

But Red Sox fans probably remember him best for a base-running blunder that occurred a few weeks before the Red Sox traded him in 1986. Here’s how Sports Illustrated remembered it:

[Lyons’s] most memorable gaffe occurred in a game against the Milwaukee Brewers in June 1986. Boston trailed Milwaukee 7-5 in the ninth inning. Lyons was at second, Marty Barrett was at first, and Wade Boggs, who was hitting .400 at the time, was the batter. “I could hear Marty trying to whisper to me from 90 feet away, ‘If you can get a good jump, go!’ ” Lyons recalls. “A double steal would have put the tying run on second. I didn’t stop to think how bad the consequences would be if I got thrown out.”

Lyons went on the next pitch, and, naturally, he was thrown out at third to end the game. “It was the worst I’ve ever felt in baseball. When I got to the locker room, [Red Sox manager John] McNamara yelled at me, ‘Just keep walking right into my office.’ He fined me $300. I didn’t play much after that, and a little over three weeks later I was traded to Chicago.”

Lyons will debut Friday during the network’s pregame coverage (beginning at 11:30 a.m.) of the Red Sox’ home opener against the Brewers. 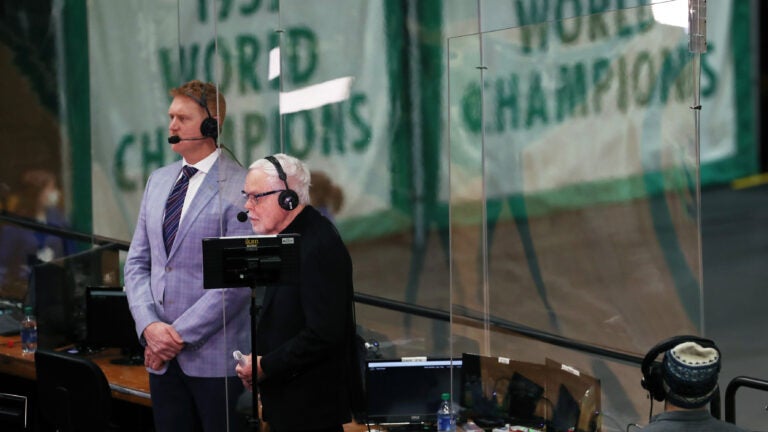