Given that it’s the winner of the most ubiquitous song (non-Pharrell division) of the past several months, it was hardly surprising to hear “Pompeii” — Bastille’s insincere syllabus of Hit-Making 101 — as the soundtrack to some of the on-field festivities during Fenway’s Opening Day.

Mastermind Dr. Charles Steinberg seems to have a deliberate knack for matching lyrics to the moment, and a certain line from the song could not have been a more perfect accompaniment to the visual of the third ring ceremony in a decade:

And if you close your eyes/Does it almost feel like you’ve been here before.

Again: perfect. And yet only a week removed from the great day, the line has a second meaning also relevant to the Red Sox, as does another from the song. Closer Koji Uehara, as fun as he is exceptional, has a sore shoulder, and even those of us who are generally untroubled with the defending champions’ slow start can’t help but wonder:

How am I gonna be an optimist about this?

It’s not easy. Losing Uehara, who had a season that ranks among the best any relief pitcher has ever submitted, would be difficult to endure. He’s the most confidence-inspiring closer the Red Sox have ever had, and he’s damn fun to watch beyond that.

But his absence — which is still of an undetermined length, and thus still contains some hope that he won’t be lost for long — also merits a reminder: We have been here before, just last year.

It seems comically unfathomable right now, but Uehara was the fourth choice to be the closer a season ago, after Joel Hanrahan and Andrew Bailey suffered season-ending injuries and Junichi Tazawa didn’t immediately take to the role. He didn’t earn his first save until May 17 and his second June 26.

And the truth is this: While it’s a blow to lose someone of Uehara’s extraordinary quality, the Red Sox are prepared for this. Uehara is 39 years old. He’s had durability issues, including a shoulder injury two years ago with the Rangers. He set a career-high in games (73) and innings (74.1) last year before pitching 13 more times (for 13.2 high-leverage, tense innings) in the postseason. If the Red Sox had depended on Uehara to stay healthy this entire season, it would be fair to say they did not do their due diligence.

But they did. The first significant move of the offseason was to sign former Cardinals closer Edward Mujica. And they built a bullpen that’s even deeper than they one they thought they had last year before Hanrahan, Bailey and Andrew Miller got hurt.

Miller is back. So is fellow lefty Craig Breslow, so essential a year ago. Tazawa, who settled in as an outstanding setup man, is back. Unheralded sinkerballer Burke Badenhop was signed, as was veteran lefty Chris Capuano.

And there’s intriguing potential further help in the farm system. Brandon Workman is stretching out as a starter in Pawtucket, but he already has John Farrell‘s faith as a reliever — he pitched the eighth inning of the World Series clincher, a pretty fair nod of approval. And Ruby De La Rosa has a Uehara-like 0.562 WHIP for the PawSox after two starts.

It stinks that Uehara is out, even if ends up being a short time. But it’s not a surprise, and the Red Sox are prepared in his absence. That alone is reason for some optimism.

There’s a difference between “complaining” about the Sox 4-6 [5-7 now] start and asking legit questions about the team. Example: I’m not ready to write off Edward Mujica yet, but it’s fair to ask whether he’s really gonna stick in the 7th-8th inning role. Please don’t lump the legit questions (what I hope are most fans) with the crazies who think John Farrell should be fired for batting Jonny Gomes leadoff.
— Just Sayin’

Well, you’re right about Mujica since he’s now pitching the ninth. Sarcasm aside — and I’m with you in that I was wondering if he was about to be Melanconed right out of a meaningful role — your point is totally fair. There are legit questions, certainly when it comes to health and whether certain players will be on the field enough to perform the way they did a season ago. But some of the panic-in-the-streets stuff drives me crazy, especially when its bleated out without an context or research. The people writing off Jackie Bradley Jr. really aggravated me. He leaped from Double A to the majors on the basis of temporary roster need and an awesome spring, struggled predictably, went to Triple A for the first time and had a better season than he did at a lower level the year before … and this was make or break for him? Foolish. I don’t mind fans griping at all when it’s legit and well-considered. But the howling without bothering to know what you’re talking about really gets old fast. I’ll try to be more discerning in sorting out the two.

Rajon Rondo saying he wants to stick around this summer and be involved in the process of rebuilding the team has to be seen as a positive right? I’m sure this will get twisted into him being a diva who needs to inject himself into the front office.
— Mark

First he wants to be a broadcaster, and now he wants to be the GM! How about before we try to run the team we learn how to run the offense, eh, Rajon! Stick to being a selfish, me-first point guard who passes to his teammates too much! And enough with the fancy Magic Johnson passes! This is Larry Legend country!

Hey, I’ve made my thoughts on Rondo clear. He’s an enigma, but he’s our enigma, a damn talented and competitive one, and there aren’t a dozen players I’d rather watch than him, especially when it’s a meaningful game. I hope he’s here for the turnaround.

Did you happen to hear Felger’s take that the Red Sox don’t have better depth than the Yankees this year like they did last year, citing needing to get Ryan Roberts as his example. Isn’t that a microcosm of what has made Felger all his money? Take one example, gloss over any other facts, and make sweeping statements about it. That is literally the 1 position where they don’t have depth at this moment, and that is only because they are choosing to keep their depth in AAA right now. Just awful, but typical Felger.
— Mark

Spot-on, Mark. I generally like Felger’s persona, but his talent for being presented with a fact, acknowledging the fact, and then completely dismissing it so he can go back to making his wrongheaded point is unparallelled. I know it exasperates his co-hosts sometimes that they can be right and he’ll agree that they’re right, and then he just goes back to making whatever point he was trying to make without letting the facts stop him. It’s a unique, demented, and lucrative gift.

Chad, where do you come out on the Jeff Green debate — should he be part of the longer-term plan or not?
— CBA82

As someone who still has no problem with the Green-Perk trade … I can’t take it anymore. For all of his talent, he’s too inconsistent, and too satisfied by being inconsistent. He should have averaged 22 points per game, minimum, on this dismantled Celtics team this year. Instead, he averaging 16.7, a career-best, but it’s on 40.9 percent shooting. His percentages are down across the board, he doesn’t rebound, and he’s as liable to score six points one night and 36 the next. He’s maddeningly inconsistent, and it’s not going to change. I think Ainge has had it, too. During his color analyst stint during the Hawks game, he went over the top in giving Green the benefit of the doubt. Here’s what he said:

People forget that KG, Paul [Pierce] and [Ray] Allen all struggled when they were on non-playoff teams before they got to Boston. Even though they had good numbers here and there, they didn’t have consistently good numbers until they got back together. Jeff needs help.”

I mean, that’s so nuts that he can’t possibly believe it. It convinces me he’d trade Green in a second if he could get 80 percent of the value in return. Jeff Green is 27. At 27, Paul Pierce had averaged over 25 ppg three times and led an undermanned Celtics team to the East Finals. At 27, Ray Allen had shot over 40 percent from 3-point range three straight year and average over 25 ppg in leading the Bucks to the East Finals two years earlier. At 27, KG was KG, a superstar. It’s a nonsense comparison in any context.

Yes or no? Tom Brady will earn that elusive fourth ring with the Patriots before he retires?
— Guest

I want to say yes, because I subscribe, as you probably have figured by now, to the Bob Ryan philosophy: It’s good for everyone when the local teams win. And I will say yes, with this condition: Gronk has to be as close to his pre-T.J. Ward self as possible, and then he has to stay healthy beyond that. With a draft that brings in a couple of immediate contributors, continued improvement from Jamie Collins and Logan Ryan, return to reasonable health from Jerod Mayo and Vince Wilfork, the holdover talent and the addition of Darrelle Revis, and a little playoff luck for once, it is possible that it happens this year. But there aren’t too many opportunities ahead. Brady is in no danger of looking like George Blanda quite yet, but he will turn 37 in August, and he’s probably not going to play to age 48 no matter how much he might want to. There’s a three-year window here, I think, to win one. I don’t see why they can’t.

Well, as calculated as it is, it is catchy. 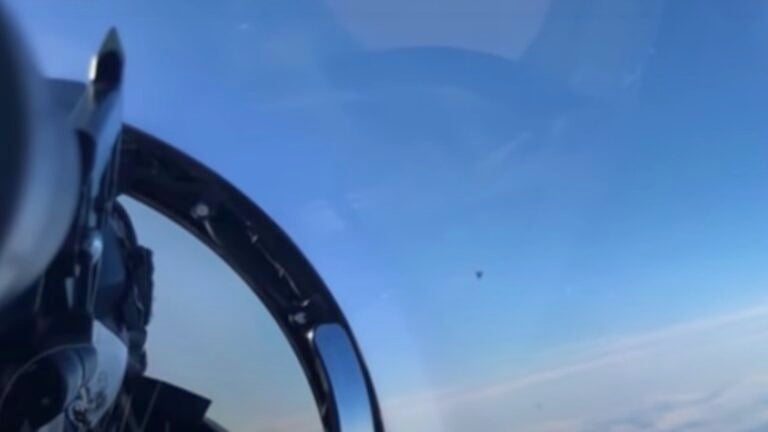 For some Navy pilots, UFO sightings were an ordinary event: 'Every day for at least a couple years'