The Bruins have sent the Canadiens off to the cours de golf in seven of their last 11 playoff series. Thirteen days from now at the most, they’ll have made it eight of 12. This superlative team isn’t about to meet an abrupt demise now, to them.

The rivalry remains awesome — easily the best going in Boston sports, actually. The Celtics-Lakers rivalry became an uncomfortable chase for ping-pong balls rather than championships. The Patriots in some ways are unrivaled; it’s more about a quest for history with them than any particular franchise or foe, Peyton Manning included.

But the book never closes for any prolonged length on the Bruins-Canadiens rivalry. The first words of this 34th postseason chapter will be written tonight, and the anticipation and tension has been palpable since … well, since both teams’ first-round series ended roughly six weeks ago. (At least that’s how it feels.)

It’s not just about antagonism between the cities or fans, either. The players’ disdain for each other is reminiscent of how the Red Sox and Yankees viewed each other a decade ago rather than the boring mutual respect situation they seem to have going now. Doesn’t anyone want to heave aside Don Zimmer anymore?
Of course, any Bruins fan of a certain age or possessing any sense of history knows that it wasn’t always sensible to predict a Bruins victory over the Canadiens in a playoff series. Actually, it was the equivalent to that famous Albert Einstein line defining insanity: doing the same thing over and over again and expecting different results.
From 1945 to ’87, the Canadiens beat the Bruins in 18 consecutive playoff series, often finding an excruciating way to punctuate the victory. Mention the phrase “too many men on the ice” to a Boston fan during that stretch and he or she was likely to react similarly to Kramer whenever he heard Mary Hart’s voice.

Don Cherry’s suits also have a similar effect on most Bruins fans.
Which brings us to the Throwback portion of this program, and the year Bruins-Canadiens became a balanced rivalry rather than a perpetual hammer-nail relationship. Twenty-six years ago this week, on April 26, 1988, the Bruins beat the Canadiens, 4-1, to win the Adams Division finals in five games. Cam Neely and Steve Kasper each scored a pair of goals — they would not become BFFs despite the mutual feat — and all ghosts were exorcised without a whole lot of drama.
While the season end anticlimactically — after bouncing the Devils in the next round, they would be swept by Wayne Gretzky and the loaded Oilers in the Finals — the Bruins’ first series win over the Canadiens since ’43 was both cathartic and a cause for celebration. Fran Rosa giddily captured the mood of it all in the next morning’s Globe:
MONTREAL – Hey, Gorbachev, guess what happened at the Forum last night. You, too, Stan Jonathan, wherever you are. And Don Cherry. Guess what happened.
Those magnificent Bruins with their skates barely touching the ice, with a tunnel-vision purpose that wouldn’t be deflected, and with their hearts bigger than the moon, took their fans to another planet last night.
They defeated the Montreal Canadiens, 4-1, in the process telling everyone, “If there ever was a jinx, you can take it and . . . “
Oh, this was no heart-stopping victory. It was too methodical to be that, too efficient, and for the most part inevitable. They beat the hard-working Canadiens, hockey’s most disciplined team, it is said, with harder work and more discipline. And left them in the scrap heap of the 1988 playoffs. …
Who were the ringleaders of this stunning triumph? The same dynamic duo — Ray Bourque and Reggie Lemelin. And another dynamic duo — Steve Kasper and Randy Burridge. And a singleton named Cam Neely. But this was no five-man achievement. This was a 22-man feat because “you have to include coach Terry O’Reilly and his assistant, John Cunniff,” said Gord Kluzak. “They were the ones who made sure our intensity didn’t turn to frenzy.”
If the words aren’t enough of a delightful reminder of how it went down, here’s some memory-jogging video accompaniment:

It’s funny, I kind of forgot that Reggie Lemelin was the goaltending star of that series. Andy Moog built a reputation as a goalie the Canadiens couldn’t solve, but that happened a few years after this series. Moog had a 4.24 goals-against average that postseason in seven games. This was Reggie’s show.
It’s also worth noting that there are clues in the buildup to the Bruins’ victory in that series that apply to the one they are about to begin. Before Game 5, Canadiens coach Jean Perron told the Globe’s Kevin Paul Dupont (name sounds vaguely familiar) that the Bruins were playing faster than expected, but that there was another element to their approach that was extremely beneficial and seemed to catch Montreal by surprise.
“The Bruins now are doing something they never did,” Perron said. “They are playing with a discipline unlike any Boston team of the past.”
That applies to, say, Brad Marchand now in dealing with P.K. Subban’s antics just as it did then for Ken Linseman in dealing with the likes of Claude Lemieux.
Of course, you hope the Bruins pick their spots to get in some message-delivering shots. And for all of their discipline then, they did not play passively by any means. Wrote Dupont after Game 4, a 2-0 Bruins win.
Not only were the Canadiens not taking their hits, they weren’t sticking up for each other. …. With 3:40 to go in the second period, Ken Linseman lost his chance for a breakaway when Patrick Roy came far out of his net to steer away a puck. Linseman backed into him with a check, and Roy retaliated with a swinging stick that missed its target. Not a single Canadien came to Roy’s aid.
“This is Linseman’s play,” said Perron, noting that Roy could have been injured if not for his quick reactions. “He got us so upset in the first three games that we decided to leave him alone.”
Now there’s an admission, and something Marchand (a Linseman successor in that full-nuisance spirit, don’t you think?) and the rest of the Bruins should strive for in this series. Play so hard, with tireless discipline and effective peskiness when the moment calls for it, that the Canadiens have no choice but to leave them alone and get out of their way.
The plan worked then, finally and at last. A similar one will work now.
Bruins in five. Just like 26 years ago. 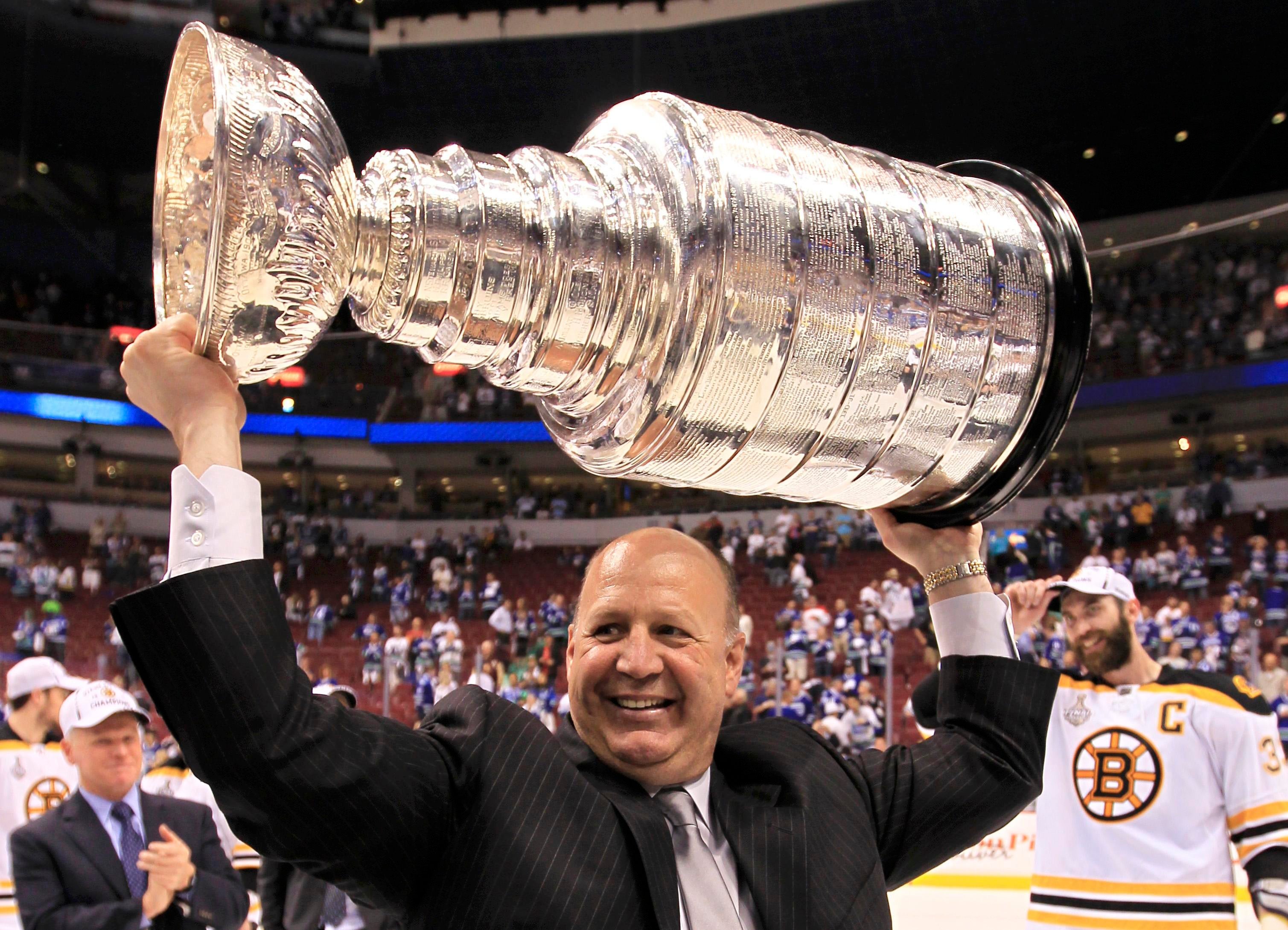