Jerry Remy, whose son Jared pleaded guilty Tuesday to stabbing to death girlfriend Jennifer Martel last August, will not return to his role on NESN’s Red Sox broadcasts until at least Friday.

The word arrived in an email statement from NESN communications manager Gary Roy at 2:10 p.m.:

NESN’s Steve Lyons will fill in for Jerry Remy tonight and tomorrow to complete the four game home & home series against the Atlanta Braves at Fenway Park (May 28 & 29) with play-by-play announcer Don Orsillo.

Remy has been absent from his role as NESN’s color analyst since joining Orsillo to call Sunday’s game at Tampa Bay. NESN announced Monday that Remy would miss the May 26-27 games at Atlanta, and he did.
But the network said then that he would return for tonight’s game, which features an anticipated pregame celebration of the 2004 World Series champions.
After Jared Remy’s plea Tuesday, there was much speculation and curiosity regarding whether Jerry Remy would be back on the job tonight.
Now, the wait begins to learn whether he will return Friday, after a four-game absence, when the Red Sox begin a home series with the Rays. 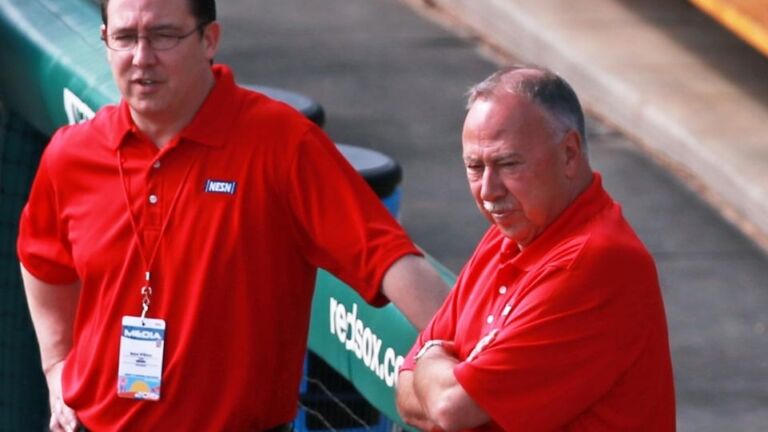