Word to your fathers. Quick word about mine.

My love of baseball was passed down from him. You’ve probably figured that out by now; it’s a common tale.

He got me hooked, I suspect deliberately and it part because he was sick of hearing about Star Wars, on this sport and this team when I was 8.

The plan was devious and foolproof. He’d bring home a pack of ’78 Topps baseball cards (sometimes two packs, and still my favorite set) whenever he’d go to the store.

And he’d let me read Gammons’s Sunday notes column before he did every once in a while, even though it annoyed him when I’d blurt out the best rumors. “DAD IT SAYS HERE THEY COULD TRADE GEORGE SCOTT FOR TOM POQUETTE! IS TOM POQUETTE GOOD?” Hey, spoiler alerts weren’t invented yet.

Those are my oldest and most cherished Dad/baseball memories.

But one was added to the list last year, when we sat in the bleachers together for Game 1 of the World Series at Fenway. When it was over, I had to shoot a couple of 10.0’s on the field, so he hung around with me and a couple of colleagues in the near empty ballpark after the game ended.

Not sure I’ve seen him happier, chilling in the old ballpark like it was his living room and taking in the postgame scene. Not sure I’ve ever been prouder or more fulfilled.

Are you ready to mathematically admit it’s a longshot to get any wild card position – a real longshot. if they played at last year’s level they’d end up with about 88 wins, that’s probably not going to cut it. And can’t see them playing at that level.
— D

I’m not, no. I still think they have a shot at the division. There were a lot of these are-you-ready-to-admit questions in the chat Friday, and I’m puzzled by them. Why such a race to declare the season over so soon? There are 94 games to play and they have a 4.5-game margin between their current standing and the three teams tied for the second wild card. They were 10 games back on June 9. Over the last six days, they’ve knocked 20 percent off the Jays’ lead. Some things are starting to go right, and there’s a core here that is used to winning, whether here just last October or at other points in their career (Shane Victorino with the Phillies, John Lackey with the Angels, and Mike Napoli would have been the World Series MVP with the 2011 Rangers if Nelson Cruz could catch a fly ball). Are they a longshot? To some degree, yes. But it’s a longshot that history says we might be wise to bet on.

By the way, Stephen Drew is back in the lineup today. If they get hot now, you’ll never hear the end of it, if only to counter you dingbats (yes, I mean you) who blamed him for their struggles after he played four games. But you probably knew that.

Wow, what a list. I almost forgot Billy Wagner was here — had a pretty decent 14.5 K/9 ratio here at the end of the 2009 season. You know what? I’m going to go off the menu with the Last Hurrah Red Sox All-Stars and go old school with Juan Marachal, who went 5-1 for the ’74 Red Sox despite a 4.87 ERA and just 21 strikeouts in 57.1 innings. Of those you named, though, I think Saberhagen was my favorite to watch. He was the de facto No. 2 starter to Pedro for a couple of seasons, and despite a shoulder held together with duct tape and Juicy Fruit, he could still dial it up when he had to. That guy could still give them five innings of one-run ball right now. He’d just need another dozen years off before his next start.

Not sure Canseco belongs on this list — he had some time left, hitting 46 homers for the Jays two years after leaving the Sox. Mike Cameron probably belongs here. Orlando Cepeda and Elston Howard too. Who else?

What people are underestimating with Dwyane Wade’s dropoff…the refs are finally on to his game. They aren’t falling for Wade falling to the ground on every jump shot as much, and it has hurt his game dramatically. And on another note, the reffing hasn’t been an issue in this Finals and that’s the first time I can say that in a long time. Credit to Adam Silver for maybe directing the refs to let them play?
— Mark

That’s possible. I think with his decrease in athleticism he just doesn’t sell it as well as he used to. I actually hope Carmelo joins them there, because there is no doubt the touches will come at Wade’s expense. He’s declining, and yet he’s the mastermind (or Pat Riley’s chief underling) behind the LeBron/Bosh recruitment. I bet he does not go gracefully. I wouldn’t put it past LeBron to hold it all together despite adding a fourth massive ego to the mix — I could not respect the way he plays the game any more than I do — but it’s going to be a hell of a challenge if ‘Melo comes in and essentially takes Wade’s role as the second superstar.

I’d say Andrew Miller will have a lot of value at the deadline.
— Remote Thumb

Absolutely. He’s third-year arbitration eligible, so he can be a free agent. Also: as much as it would be a bummer to see him go — especially because it would signal that the season was lost beyond repair — it would be fascinating to see what Koji Uehara would fetch.

Basketball and geography expert Mike Felger said that the Spurs are successful because of all the Europeans they have – “Parker. Ginobili. Splitter. They are all Europeans.” We are so blessed to have such great drivetime basketball talk.
— Chaz

One out of three isn’t bad. I agree with those who believe the Spurs’ melting pot roster is a factor in their style of play, but man, how come no one notes that the most culturally exotic player on the roster is Matt Bonner, a ginger NBA player from New Hampshire?

By the way, I can’t be the only one terrified that LeBron is going to go into Basketball Beast Overdrive and win the next three games, right? I mean, the Spurs will wrap it up this time around, right? Right?

Is Jerry Callahan aware when you write for the herald and broadcast on WEEI, you are by definition part of “the media” he so despises?
— Guest

Gerry is a talented guy. I envy his writing talent and discipline. But his greatest gift is passionately defending the exceptions he makes for some people that he wouldn’t make for others to assure everything fits his narrow world view.

Do you think the media has been quiet about Dustin Pedroia’s season?
— Phil

Not big on the media generalities, because there is not unanimous opinion on anything, really. I’ve been one to point out his continued decline in slugging, as have a few others, as well as his complicitness in their offensive struggles. Maybe some have been reluctant to suggest decline because of how much they like and respect him, or how hard he works every day. But I think he tends to get the benefit of the doubt more because he’s capable of going on a tear at any time, and he has earned the benefit of the doubt in terms of performance through the years.

Whether we were riding in the rusty Pontiac to a fifth-grade basketball game on a snowing Saturday morning in 1981 or spending a sunny June Saturday at Funtown in ’86 as “Sledgehammer” played over the loudspeakers, Casey Kasem was there to countdown the soundtrack of our youth. With his passing, everyone of my generation feels a little older today, a little farther away from those days when you built your music library by taping songs off the top-40 countdown on the radio.

And of course, the sign-off: Keep your feet on the ground and keep reaching for the stars.

The man wasn’t bad with advice, either. 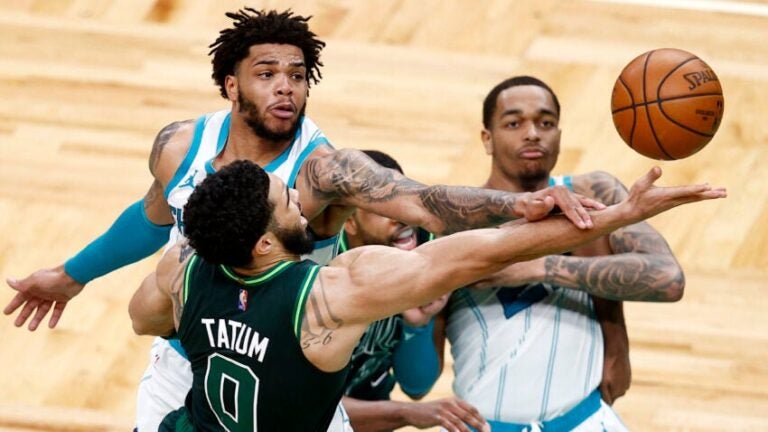