Perhaps one reason so many seem reluctant to acknowledge what is happening here is because Dustin Pedroia always gives his all.

There’s something unbecoming, maybe even unfair, about demanding more from a ballplayer whose effort is perpetually beyond reproach.

Hell, Pedroia’s blind determination is at times detrimental, whether with a dangerous and inefficient slide into first base, or playing through an injury — one that may not be of knowledge to the public — that hinders performance to the point of counter-productivity.

One doesn’t have to be instinctively suspicious to wonder if Pedroia is playing through something now — was feared to have a serious wrist injury in April. Or maybe we’re reflexively offering generous — to- generous –consideration for a player who has earned the benefit of the doubt.
This much is true and certain: The effort is there, as always, from Pedroia. But for — well, if not the first time, certainly an uncomfortably prolonged time — the results are not.
Pedroia gives his all, as always.
The 2014 Red Sox need more.
The Red Sox are roughly 40 percent through what so far has been a maddening, disappointing season. The same adjectives apply to their de facto captain, Pedroia, and direct parallels can be drawn .
While he is far from the only one on this roster to underperform compared to established norms, his reputation and seven-season track record of accomplishment has spared him from anything more than sporadic, hushed criticism.
David Ortiz, batting just .246 but on pace for 35 or so homers, has taken more heat, and that’s not right. He’s delivered some trademark Big Papi moments — somewhere, Joba Chamberlain just twitched and slapped an imaginary midge off his neck.
Pedroia? He hasn’t delivered much at all. He’s produced at a .264/.339/.372 clip this season, with three homers in 313 plate appearances. He’s given the Red Sox 2.1 Wins Above Replacement according to baseball-reference’s measure, but half of that value is because of his still-stellar defense.
Offensively, the Red Sox miss him dearly. Oh, he’s in there every day at or near the top of the order. He looks no different than the incredibly consistent producer and catalyst with the career .300/.368/.448 slash line. But he is different, and you can’t help but wonder how different this season might be going if Pedroia were playing up to his usual standards.
The Red Sox are 32-38 overall, 8.5 games back of the Blue Jays in the American League East. They are 9-15 in one-run games (they were 21-21 last year). Now consider how Pedroia has fared in certain situations compared to his career standards:
RUNNERS IN SCORING POSITION
Career: .290/.364/.408
2014: .210/.278/.323 in 72 plate appearances.
LATE AND CLOSE SITUATIONS
Career: .281/.360/.420
2014: .097/.200/.129 in 35 PAs. (That’s a .329 OPS. I’m pretty sure Jon Lester could match that, and he doesn’t have a major league hit.)
WHEN THE RED SOX ARE TIED
Career: .299/.368/.446
2014: .200/.299/.280 in 117 plate appearances.
WHEN THE MARGIN IS ONE RUN
Career: .298/.368/.436 (with 45 homers)
2014: .214/.309/.305 in 178 PAs.
He’s hitting .218/.297/.327 in June, a month in which his career numbers are .294/.370/.441. He’s hitting .196 over the last two weeks. He has a .668 OPS against righthanders.
I could go on. His slugging percentage is down 43 points from 2013, which was down 34 points from 2012, which was down 35 points from 2011, which was down 19 points from 2010 …
Hey, at least he has as many homers as Robinson Cano.
Should I stop? I’ll stop. It’s no fun to disparage a player who has been so much fun. But the truth is undeniable. The season has been a bummer, and Pedroia’s season has imitated those of washed-up stars and former Red Sox who aren’t worthy of holding his stirrup sock. Consider the headline, and this incomplete list of recent second baseman who have had similar seasons to the one Pedroia is submitting/enduring:

I mean, 2001 Jose Offerman? Pedroia is actually forcing us to make statistical recollections of that wretched player from that wretched season? Ugh. How can that be? Even with an eight-point gap in OPS+ in Pedroia’s favor — Offerman put up those mediocre numbers during an era that was a hitters’ paradise — it’s still hard to fathom. Pedroia should never share that historical company for any reason. Same goes for you, Lansing.
It also makes you wonder where this is headed. Is this how it’s going to be? I mentioned the decline in slugging. That’s not new — that’s a troubling trend. Has his style of play taken a toll? Kevin Youkilis, a player who shared Pedroia’s relentlessness and the accompanying injuries, had a .745 OPS in 2012. Two years later, he has a .665 OPS. For the Tohoku Rakuten Golden Eagles.
(Did Brock Holt steal Pedroia’s powers? Answer: No. Brock Holt stole Grady Sizemore’s powers, then his job, then his locker.)
I don’t believe Pedroia will suffer a Youkilisian descent, at least not nearly as rapidly. June has always been a good month for him — most have during his remarkably consistent career. But his best have been July (.866 OPS) and August (.866 OPS — I said he was consistent). The best could be ahead, if — if — he is reasonably healthy.
The Red Sox haven’t been what we expected this season. It’s OK to admit that Pedroia has not met expectations either. The correlation is direct. Maybe it will be in the turnaround, too. 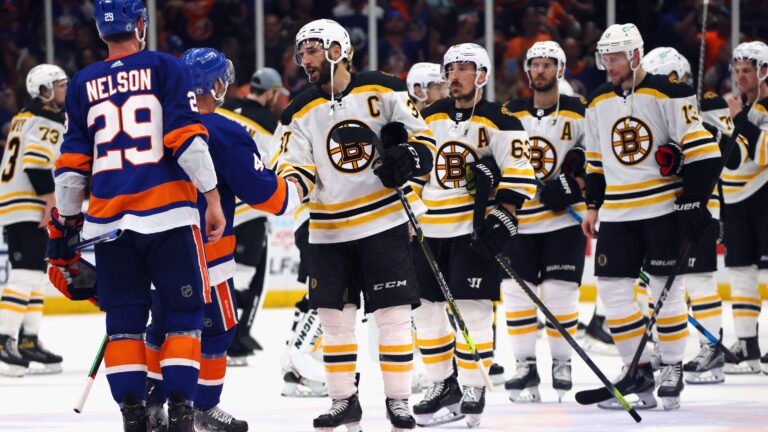