Let’s lead off this week’s …

… with a couple of perspectives on the Red Sox’ second baseman, both reasonable:

This would have been an absolutely insane question a year ago, and maybe still is, but I’ll ask it anyway: Is there a chance the Sox try shopping Dustin Pedroia this offseason? His trends are terrible and he’s on the wrong side of 30. That said, his contract isn’t a payroll killer for some of the bigger market teams (i.e., Dodgers). If the Sox could pick up 3-4 prospects, plus clear the way for Mookie Betts at 2B, I think that makes a lot of sense. Hustle, grit, and memories aside, Pedroia simply isn’t that valuable of a player anymore — and that assumes he stays healthy, which is far from certain.
— Jody Reed

First, before we address this, a counter to the suggestion that he isn’t that valuable anymore:

Despite a down year from a countable stats perspective, Pedroia is on a fairly normal WAR pace based on strong D metrics & consistent BB%.

I suppose it’s further confirmation of how this season has gone that Pedroia — with five homers and a .718 OPS — is the Red Sox leader in WAR (3.8 via baseball-reference, 3.1 on Fangraphs). He was tops in brWAR the previous two years, but he was 6.6-win player last year, and 5.1 in ’12. Given his offensive issues this season — particularly with the decline in slugging percentage — it’s apparent that his defensive excellence has been a large part of his value. He’s still valuable — just not in all the ways we’re used to.

I was surprised at the time of his extension by the number of years he got. That’s a long time to be paying a player who plays so hard and already had dealt with some affecting injuries. Kevin Youkilis’s career path is a worst-case example of what can happen to a player who shows little regard for his own health, and I’m sure that was in the minds of management.

But the limited (in context) money committed to Pedroia really makes most concerns moot. Baseball is awash in television loot. The Red Sox essentially have their own printing-presses for cash, at least when they’re competitive. And even in this uneven season, he’s been worth $17.3 million, according to Fangraphs’ measure, and he provided $27.2 million in value last year.

Now consider: the most he’ll make in any season during his extension is $16 million in 2016. In the final year, it will be down to $12 million, which will probably be a utility player’s salary by then. While it might be wise for us to recalibrate what our expectations are for Pedroia going forward — let’s ask him to be a fine second baseman and a very good No. 2 hitter and nothing more — this much is obvious.

Even if he begins to slip, the contract is a steal — for the Red Sox, or for the team that trades for him should that day ever come. As unsentimental as the Red Sox can be, I don’t think that will happen anytime soon.

Hey Chad, I was so glad to see that many of the starters were benched for this first preseason game. I have a feeling I am going to be paranoid about injuries all season. Do you ever get the sense these joint practices Belichick is running have injuries in mind? It’s a good way to get ‘real’ reps without exposing a guy like Brady to injuries.
— Tron

Me too, T. I mean, I’d love to have seen Revis the other night, for instance, because it’s always cool to see that newly acquired star make his debut. Damn, there he is. No. 24. That guy is on our side now! But I much prefer the safety-first approach with essential players. The one thing that detracts from my enjoyment of football is the enhanced possibility of a potentially rewarding season being altered by an injury to an essential player. It’s part of the game, but it’s so disheartening when it happens, whether with Wilfork and Mayo last year, or Welker in ’09, or on a whole larger scale, Brady in ’08. It’s just smart business to limit the possibility of injury by keeping key players out of meaningless games. But to actually answer your question, yes, the joint practices are a great way to get lower-risk reps.

Perhaps we should talk about Pat Chung being on the team and competing for a spot instead of whether Ryan Mallett is going to be any good.
— Bryce H.

Yeah, scratched my head when they brought back Chung, who was always a half-step away from making a big play, often after taking a full step in the wrong direction. Have to figure there’s something Belichick appreciates about him that is unrecognizable to us. I have absolutely no idea what that is, though. Maybe with the addition of Revis he figures Chung’s lack of range might not be so much of an issue?

They’re actually going to commit to Bogaerts at SS now, right? No more messing around and shuffling their best asset around like he’s Futility Lou redux, right?
— High Hat

I’m not sure they’re committing to him. I think they’re giving him an extended chance to prove he can handle the position, which is exactly what they should be doing. You have to figure that as an organization they already have a pretty good idea of where they think he’ll will be playing going forward. And honestly, I don’t think it’s shortstop. He’s raw and awkward there now, and even if he sharpens his skills, there’s a chance he grows out of the position. Everyone wants to see him stay there, because he’d be such a valuable asset, which leads perhaps some exaggeration when he does make a good play.

I like John Farrell. Really do. Seems like a smart guy. But my question is: how long of a grace period does 2013 buy him? If the Sox finish 4th next year, is his job on the line?
— Jonny

Really good question. His strengths as a manager include intelligence, forthrightness, and a personality that commands respect. Last year, it was tough to get a read on him tactically because even the goofy stuff he tried rarely backfired, such as letting Brandon Workman hit in a World Series game. This year, some stuff has backfired, and it does leave you with fluctuating perspectives on his ability as an in-game manager. I’m also curious about his lineup decisions sometimes — he’s completely mismanaged Daniel Nava this year, burying him early in favor of Grady Sizemore and manager’s pet Jonny Gomes, then playing him now when kids should be getting the time. I do think that if they have a roster built to contend next year — presuming a trade for Cole Hamels or another top starter or two — and the team struggles again, there will be serious questions about what exactly the Red Sox have in their manager. Was he lucky and good in 2013, or just lucky? I tend to think both. But the jury is still out.

Why give Dan Roche and Christian Fauria the benefit of the doubt exactly? And why give the Krafts the benefit of the doubt for putting on a less than amateur level broadcast? Anyone is a better PBP guy than Roche. Even if the PBP guy is annoying, it helps to at least identify players correctly, get down and distance correct and identify when completions are, you know, actually completions.
— Guest

Fair question. I probably should have been harder on them in retrospect. They did make a lot of mistakes. The reasons I was more positive than — well, pretty much every other viewer in New England, apparently — were: 1) I compared it to last year, when it was trainwreck-level bad, and gave them some credit — again, probably too much — for improving the broadcast, especially by limiting the interaction with the PFW guys. 2) They had brutal site lines, though at times Roche was off to the point that I wondered if his spotter was Gil Santos. 3) Fauria was better than I expected, which I admit is like saying, ‘Whoa, how about Jackie Bradley hitting .218? Impressive! Hey,I thought he was a .170 hitter! 4) All preseason broadcast teams I’ve ever seen aren’t exactly Summerall and Madden in their heyday, you know? The Redskins broadcast, with Joe Theismann doing Daniel Snyder’s bidding, actually sounds much worse.

Has anybody called you out on the Ice Bucket Challenge yet?
— Mysterious Lurker

Yep. Posted it on my Facebook page this morning, and would do so here if I had a clue how to make it work right without taking six hours to load. Glad to do it — I was starting to get bummed that no one had called me out yet — and anyone who is cynical about the point of it should read Steve Buckley’s column this morning. Seriously considered calling out John Dennis, Gerry Callahan and Kirk Minihane to do it — and I’m sure they would — but figured at least one of them might melt Wicked Witch-style.

May have used this song here recently. So call this the encore. Probably my favorite song titled “Home,” just ahead of the Dierks Bentley one the Celtics played when Pierce and KG returned. 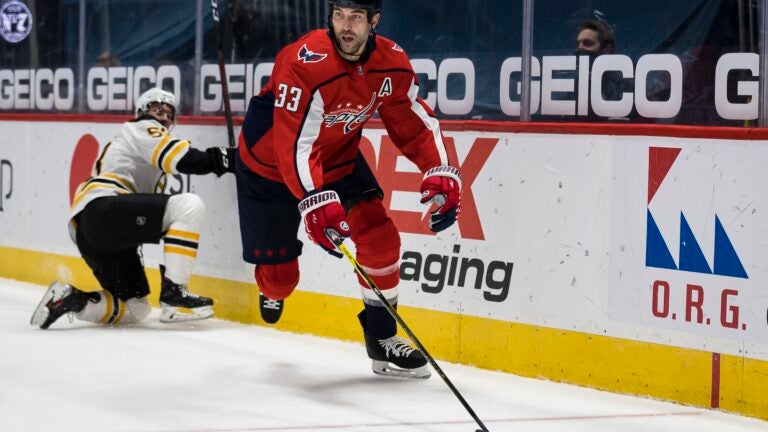