As easy — and appropriate — as it is to complain about ESPN’s “embrace debate” culture, it must be acknowledged that the network in its various mediums has produced some superb work reporting on and candidly discussing the brutal NFL news of the past couple of weeks.

It’s too bad they feel the need to counter their good work by giving Ray Lewis a prominent forum for his self-aggrandizing, semi-coherent nonsense.

But the quotes I used in that piece were the Readers’ Digest condensed versions of the nonsense the former Raven spewed about the franchise’s apparently dishonest handling of the Ray Rice situation during yesterday’s program.

You knew he was about to go into Very Serious Man mode when Chris Berman introduced Lewis with nary a pun or an Eagles lyric, instead setting the former linebacker off on a bizarre four-plus-minute soliloquy by asking a simple question:

You know everybody involved in this story. What do you make of it? Here is what he made of it, in three ridiculous quotes:

RIDICULOUS QUOTE NO. 1
Or: An acknowledgment of his indebtedness to the Ravens

“This one of those situations that” — Lewis clears his throat, because this is a dramatic moment — “it’s family. I spent 17 years of my career at this one place. I’ve known general manager Ozzie Newsome now for 19 years of my life. That’s half of my life. I’ve known Steve Bisciotti for 15 years of my life. Each one of those men, bottom line, has never lied to me. Once. They’ve given me an opportunity at life, not only to change my life, but my family’s life as well, my kids’ life. If this incident, what we’re dealing with, if they could do this all over again, they would.”

Of course they would do it all over again if they could. That’s the first mantra of the guilty.

RIDICULOUS QUOTE NO. 2
Or: Did he just say what I thought he said?

“Whether they saw the tape [of Rice punching out his fiancee], who really knows, other than the people who [were] actually there. But sometimes I think we get lost in trying to find out whose head to go after, and who to attack now about what they didn’t do. Sometimes we forget why we’re here. We’re here for one reason and one reason only. We’re here for domestic violence. We’re here because we saw a friend of mine brutally hit his wife in the face on an elevator. There’s some things you can cover up. And there’s some things you can’t.”

He really said that. Yes, he did.

Ray Lewis — Ray Lewis! — actually said that on national television. If that wasn’t a subconscious acknowledgment of something … I mean, hell, what’s he going to do tonight on Monday Night Countdown, show up in a white suit?

RIDICULOUS QUOTE NO. 3
Or: Light … and stuff

“What was built over that many of years, it took hard work to get that. It took a hell of reputation to put on the line. Men’s families, men’s lives, on how to actually get acclimated as a pro. So yeah, I get offended when you talk about a guy by the name of Ozzie Newsome, absolutely. He’s one of the five-star generals in this, in this world, as a man. I don’t want us to lose sight of what’s really going on here. Ray Rice put a lot of people in jeopardy because of his actions. A lot of people in jeopardy. Not just himself. He needs to understand that. Because none of this happens if what happened that night in that elevator. If I ask anything in this whole thing, I ask, let there be light.”

Lewis needed 361 words — give or take a histrionic growl or sigh that may have sounded vaguely like a word — to say nothing. When he was done, the camera turned to his left, where Tom Jackson, an accomplished ex-linebacker in his own right, got to the gist of the matter in considerably less time.

“[The Ravens] knew everything and they knew it virtually immediately,” Jackson said. “Their lobbying of the commissioner to get a two-game suspension is actually the snowball beginning to roll. … They had the context of what had really happened [and pretended they did not.]”

Tom Jackson has been with ESPN for 28 years. Ray Lewis has been there for two. I know which one of them should be back next year.

The one who makes sense, who isn’t always covering for something, who occasionally even enlightens.

Speaking of enlightening … let there be light!

I’m not sure what that means, but if Ray Lewis thinks it’s a great closing line, I’m going with it. 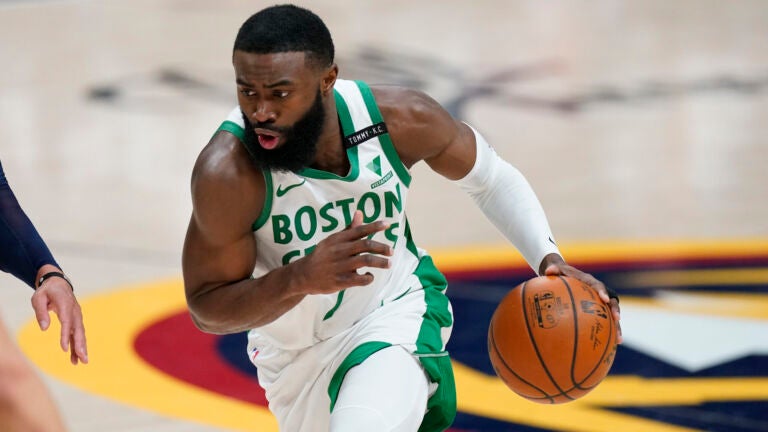