This arms race, this parallel quest by the New England Patriots and Denver Broncos to stockpile talent and victories and stand alone as the AFC’s chief superpower for 2014 and beyond, remains foremost about … well, the arms.

Today’s show is billed as Brady-Manning XVI, and as cool as the roman numeral treatment is, it’s not particularly necessary to enhance to magnitude of this showdown. This is one of the most compelling superstar rivalries across all sports and eras, and we don’t need to be reminded to savor it, though that’s precisely what Jim Nantz gets paid to do.

But the arms-race aspect of this is legitimate. Both teams spent the offseason — actually, a six-day span at the advent of free agency in March — adding talent, not only to aid their legendary quarterbacks, but to counter what their rival does best.

The Broncos made another big splash on March 12, signing long-time Dallas pass-rusher extraordinaire DeMarcus Ware. If Patriots fans were getting antsy for a counter move — and we can probably drop the “if” there — it came when they acquired the most accomplished player available, former Jets and Bucs cornerback Darrelle Revis.

Instantly we imagined his role and how he might fare against Manning and the Broncos offense. Two days later, the Patriots beefed up their defensive backfield even more, signing bruising Brandon Browner from the Seahawks.

But it wasn’t just about bolstering the defense. On March 15, the Broncos added former Steelers receiver Emmanuel Sanders, who as a restricted free agent the previous offseason had been signed to an offer sheet by the Patriots. The Patriots answered on March 17 by signing a receiver who has worked out as well here as Sanders has in Denver: former Panther Brandon LaFell.

It reminds to a similar degree of how the Celtics and Lakers would counterpunch each other off the court as well as on it during the ’80s glory days, LA acquiring the accomplished likes of Bob McAdoo and Mychal Thompson as complementary players through the years, while the Celtics picked up Bill Walton, Scott Wedman, and Dennis Johnson (though DJ was acquired primarily as Andrew Toney repellent).

The Red Sox and Yankees of the peak-hatred 2003-04 seasons are also a decent comp, with Curt Schilling, Keith Foulke, Alex Rodriguez and Gary Sheffield joining the rivalry.

Of course, Patriots coach Bill Belichick would rather chew the sleeves off his hoodie than acknowledge that his roster decisions have anything to do with how Denver has constructed its team. “We’re just trying to improve our team,” Belichick said in April.

Broncos boss John Elway — a man who appreciates a strong supporting cast given that Dan Reeves never gave him much of one on offense during his first decade as the Broncos’ quarterback — was more candid about his intentions.

Today will bring the first head-to-head evidence regarding how the enhancements have changed the dynamic of the rosters and the rivalry. No matter the outcome — and I loved the Patriots’ chances today even before the snow started to fall — this matchup will also provide some clues about what could happen during the inevitable January playoff meeting.

I’m more intrigued today to learn how Revis and Browner will be deployed than I was during that whirlwind stretch of March days when they became Patriots.

I am convinced the Patriots will unveil an effective scheme that will leave Manning wondering whether its actually old nemesis Ty Law out there in that No. 24 jersey.

I am convinced that they will approach the Broncos today with the same swarming ferocity that Browning and the Seahawks used to dismantle Denver in the Super Bowl.

I am convinced Ward won’t be close enough to go low on Gronkowski this time, and we’ll all be reminded that having a healthy Gronk is the biggest difference of all between this team and the one that was sending Matt Mulligan on pass routes in the AFC Championship game.

After months of anticipation, at last, some answers. Can’t. Wait. 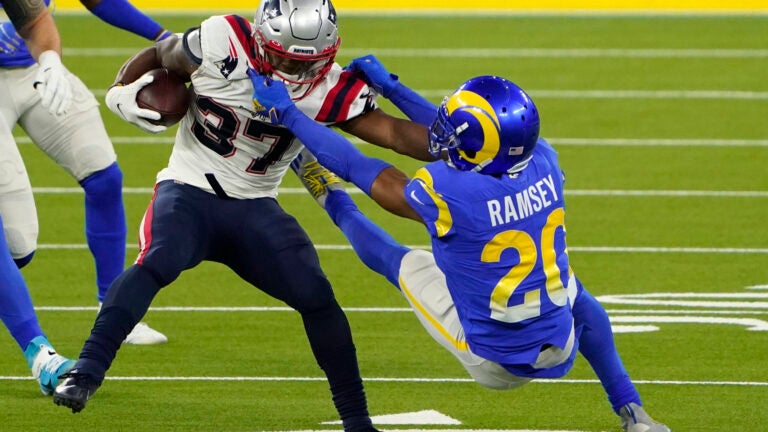 Is 'slow' Patriots offense gearing up for another year of bully ball in 2021?