Welcome to Season 3, Episode 12 of the Unconventional Preview, a serious-but-lighthearted, nostalgia-tinted look at the Patriots’ weekly matchup that runs right here every Friday afternoon. The 9-2 Patriots have won seven straight since trading over-the-hill Tom Brady to the Texans for two first-round picks after last Sunday’s systematic 34-9 destruction of the Lions. But the toughest test of this “gauntlet” on their schedule comes Sunday at historic Lambeau Field when they take on their NFC doppleganger, the 8-3 Packers. Two of the NFL’s best quarterbacks, Tom Brady and Aaron Rodgers, guiding the league’s two highest-scoring offenses. Marquee matchups don’t get much better. Kick it off, Gostkowski, and let’s get this thing started already …

Jonas Gray: I know, he went from the cover of Sports Illustrated to the side of a milk carton, all because he was late for practice last Friday, five days after his 201-yard, four-touchdown performance against the Colts. Maybe he needed a wake-up call beyond the literal missed wake-up call, but it does seem like he handled the fallout — and his DNP-BB’s Decision against the Lions — with the necessary contrition. I don’t think he should be abandoned by any stretch, even with LeGarrette Blount’s arrival and ability to be the bruising ballcarrier every contender needs this time of year. I don’t think Belichick will abandon him, either, and given that the Packers have the third-worst run defense in the league (136.7 rushing yards per game; only the Titans and Giants are worse), his redemption may come Sunday, just two newsworthy weeks after his breakout.

Darrelle Revis: Because one of the obvious joys of this season has been watching Revis take his assignment each week and promptly take said assignment completely out of the game. I recently described the way he does it as casual, but in retrospect, I’m not sure that gives him enough credit. He makes it look effortless, and it most certainly is not, which is where his true greatness can be found.

Jordy Nelson: So which of the Packers’ weapons does Revis end up covering? As talented as Randall Cobb is, it has to be Jordy Nelson, right? Nelson is tied for ninth in the league in receptions (two behind Julian Edelman), is one of seven receivers to have already surpassed 1,000 yards (he has 1,066), and his nine touchdowns put him in a seven-way tie for fourth place. Rodgers is going to try to get him the ball no matter who is in his vicinity, which should make for a fascinating battle.

TIQUAN UNDERWOOD FEELS YOUR PAIN, KID
Have to feel bad for Don Jones, who was cut from the Patriots on, of all days, Thanksgiving. It was reminiscent of Tiquan Underwood getting let go the night before Super Bowl XLVI. It’s cold, but it’s part of the business. I don’t grasp the football reason for why Jones was let go, though.He’s been a special-teams ace, with eight tackles (third on the team). Maybe Belichick sees the need to bulk up the roster at a particular position for this game — it’s always about the individual matchup, right? I do hope they find a way to sneak Jones on to the practice squad and back to the 53-man roster at some point. He seemed to be pretty good at the job he lost yesterday.

The dude had some decent jets, especially for a kicker named Chester.

PREDICTION. OR IS THIS A WARM-UP ACT FOR THE SUPER BOWL? The Packers started the season 1-2, including an opening 20-point loss to the Seahawks. Aaron Rodgers told everyone to relax, and they’ve rolled pretty much ever since, save for a strange 21-point loss to the Saints in late October. You know how this Patriots season has played out so far? It is the greatest proof we’ve had since — what, Lawyer Milloy getting cut? — that knee-jerk reactions to Belichick’s unexpected decisions can be a fine way to look like a fool in the long-run. These are the two best teams in football right now, I believe, and a rematch on February 1 in Arizona seems beyond realistic provided the core players on both rosters remain healthy. I think it’s more likely that the Patriots get there than the Packers, who will have to deal with the proud defending-champion Seahawks and/or the potent Eagles along the way. The Broncos aren’t winning at Gillette, I’m confident of that much. I hate picking against the Patriots the way they are playing, but the Packers are dynamite at home, and they need this game just a little more. Here’s hoping for a neutral-site rematch in a couple of months. Packers 34, Patriots 31 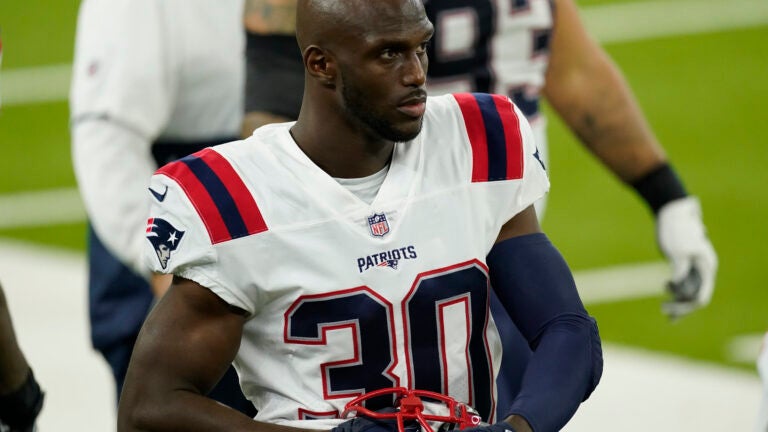