From perception and recollection of Bill Belichick’s 15 seasons as Patriots coach, de facto general manager and overall grand poobah, it feels like he makes a relevant in-season addition or two to the depth chart each year.

There certainly have been a few, which for the fun of it I’ll rank below. But I have to admit, when I set out to do this, I thought there would be more. Part of that is because there were a couple of players whom I’d remembered as contributors picked up along the way who were actually signed before the season began. My ancient mind was telling me that Terrell Buckley was added while the 2001 season was already underway. He was actually a July acquisition.

This has been a remarkable season for the Patriots in many ways. One of the chief reasons for that is the knack Belichick and Nick Caserio have repeatedly demonstrated for augmenting the roster with talent that was either underutilized elsewhere (Akeem Ayers), already familiar (LeGarrette Blount, the well-scouted ex-Buc Jonathan Casillas, who impressed Belichick during joint practices), readily available (Alan Branch) or all of the above (Blount again).

In this era, the Patriots have found unsung veteran talent in abundance at various points, most notably and historically before the transcendent 2001 season. But it’s never happened to this depth and degree during a season. Should the Patriots win the Super Bowl this season, Blount and Ayers will be lauded as key contributors, and Branch and Casillas will get their plaudits too.

The helpful new arrivals have been an important sidebar to this season, and one more reason not to get too worked up over those 53-man roster projections during training camp. You never know who might arrive to contribute along the way. As some semblance of proof, here’s a ranked top 10 of Patriots in-season signings during the Belichick era. Let me know if there’s someone I forgot, Earthwind Moreland and Hank Poteat notwithstanding.

Veteran receiver was cut in camp, in part due to the emergence of David Givens. But he was re-signed in Week 12 when David Patten was lost for the season and caught a 31-yard touchdown pass in a crucial 38-34 win over the Colts that Sunday for the eventual Super Bowl champs. Honorable mention for this spot: Heath Evans.

Five-year veteran has made 18 tackles and forced a fumble in six games (two starts) with the Patriots. He’s a special-teams ace who acquits himself well in pass coverage when he’s on the field at linebacker.

The future Hall of Famer is the most accomplished member of the so-called “shadow roster” — that group of unaffiliated-at-the-time players Belichick knows well and calls upon when a spot on the active roster becomes available. Seau, who played all 16 games for the 18-1 team in 2007, was in semi-retirement in ’08 — he said he’d only come back to play for the Patriots — when he was called upon after Adalius Thomas was lost for the season with a broken arm. The Patriots also signed another accomplished and familiar linebacker that week, Rosevelt Colvin.

Branch, the 33d pick in the draft by the Cardinals in 2007, has given the Patriots depth and a run-stopping presence in a limited role. He has eight tackles in six games, a number that doesn’t do justice to his contributions.

Gaffney was the Patriots’ most reliable wide receiver during the 2006 postseason, with a pair of 100-yard games. While that confirms the lamentable state of their receiving corps in ’06, it’s a tribute to his ability to come in off the street and learn the system quickly.

5. LeGarrette Blount
Acquired: Signed after Steelers waived him (and he waved goodbye to Steelers), November 20, 2014

He’s actually a fairly tough one to rate at this point. He’s averaged 4.4 yards per carry since returning, with 50 carries in those four games. He’ll be a prominent part of the offense going forward, but it’s tough to gauge just how prominent given that Jonas Gray shares a similar skill-set. But he’s a tough runner — and defter in the open field than his style suggests — and he could end up being to this year’s team what Antowain Smith was in 2001 and ’03.

Four years after the Patriots traded him to the Seahawks for a first-round pick after a salary dispute, Branch returned (this time for a fourth-rounder) after Randy Moss forced his way out of Foxborough. Branch wasn’t the receiving threat he was in his youth, but he did give the Patriots back-to-back seasons of 700-plus receiving yards.

The undersized but effective running back — who received a two-year contract extension two months after he was signed — averaged 4.8 yards per carry in three seasons with the Patriots after he was cut by the Jets. Thanks, Rex.

He was a godsend in the wake of Chandler Jones’s injury, proving rangy, versatile, capable against the run and blessed with a knack for violent introductions to opposing quarterbacks. But the confirmation of his contributions came from Belichick, who compared him to Rob Ninkovich in terms of instinct and intelligence. Praise doesn’t get much higher.

An outstanding corner and an entertaining character, he was the closest thing the Patriots had to a shutdown corner during that interim between Ty Law’s peak and Darrelle Revis’s arrival. 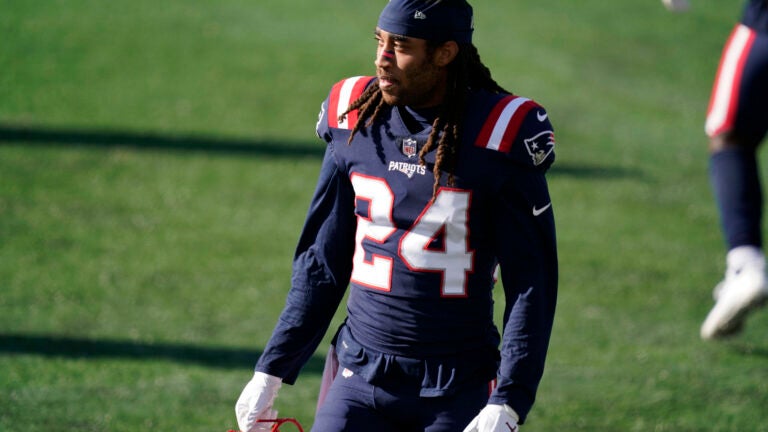