While candlepin bowling is still alive and kicking in New England, nothing compares to the heyday of the sport—the ‘70s and ‘80s—when legendary sportscaster Don Gillis reigned supreme, and candlepin was a Saturday morning staple on television sets across the region.

Candlepin Bowling—hosted primarily by Gillis—had a run on Channel 5 for nearly 40 years, while other former broadcasts such as Candlepins for Cash and Stars & Strikes were reminders that the sport ran deep in the veins of New England sports culture.

Thankfully the one-two punch of the VHS and YouTube provides the privilege to revisit the golden age of candlepin. So at any moment you can travel back to 1981 to see the laser focus of legendary bowler Al B. Lacey. The Lynn roller was a regular at Sammy White’s Brighton Bowl, with picture-perfect locks and sizzling sideburns.

While candlepin was invented in Worcester and is uniquely New England, it’s also really popular in Canada. And for some reason, there is a set of lanes in Ohio. But when you discuss great moments in candlepin, Canadian Bob Reynolds sets the standard for epic shots and controlled fist-pumps.

Gillis was the poster boy for Boston broadcasters during his time as sports director of Channel 5 from 1962 to 1983. He hosted Candlepin Bowling from 1967 to 1996. Can somebody adjust the tracking, please?

The Granite State hosted a number of candlepin broadcasts over the years, with WNDS Channel 50’s Stars & Strikes having the longest run from 1983 to 2005. Dick Lutsk and Mike Morin hosted the second half of the show’s run. The Bonus Ball Jackpot was a highlight of the show, where one lucky viewer could win some cold hard cash. Candlepin was always about the bonus cash.

And when talking about candlepin broadcasts of New England’s past, one cannot overlook the popular Candlepins for Cash from the 1970s on Channel 7 and 25, hosted by Bob Gamere and later by former Red Sox shortstop Rico Petrocelli. A revolving door of local contestants, including Cy Kendrick and his homemade button-down shirt (really), would compete for—you guessed it—a cash jackpot.

Paul Berger was a Candlepin bowling machine, and it was his subtle body language that let his opponent know they didn’t stand a chance. Hence the snap at a defenseless reset button after an authoritative strike. On this particular day in 1992 on Candlepin Bowling, Berger—making his 43rd appearance on the show—made history by posting an amazing 193 in his final string to become the first bowler in the show’s history to post a 500 triple.

But when you make as many television appearances as Berger, you’re bound to run into a little bad luck, as witnessed in this spare robbery. It’s surprising the Hopedale native’s death stare didn’t cause the lone pin to spontaneously combust.

According to You Tube member Wolfman12359, who is responsible for most of the candlepin clips on the video-sharing website, 1993 was a very good year for candlepin bowling. Here’s what he wrote on the description of this clip featuring another Candlepin hero, Tom Olszta:

What a year, as it was probably one of the best years in my life when it came to candlepin bowling.

Olszta, who that season had an amazing streak of 20 straight victories, put together the granddaddy comeback of them all against Craig Holbrook. Olsztra trailed Holbrook by 45 pins heading into the final two frames, but miraculously he tore off 50 for the win and polished off the victory with a rousing Toyota jump. 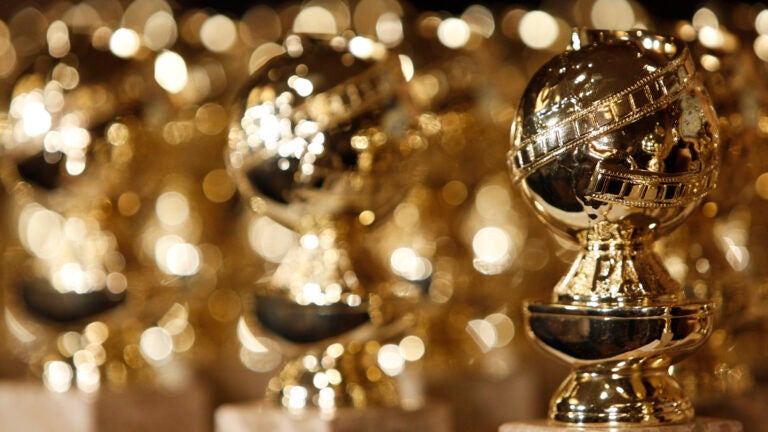 The Golden Globes return Tuesday in a 1-year audition