Saturday marks National Bowling Day, meaning there’s no better time to look back on one of New England’s favorite sports.

“To us in New England, we just say bowling. Bowling is candlepin,’’ said Liz Moore, executive director of the International Candlepin Bowling Association. “That’s regular bowling for us. We would say ‘Big Ball Bowling’ if we were talking about the other kind.’’

Playing candlepin is about as New England as eating lobster rolls or spending summers down the Cape. While other areas recognize the sport, including a competitive scene in parts of Canada, candlepin bowling is mostly foreign to other regions of the country that insist on rolling balls using three fingers.

Perhaps unbeknownst elsewhere, candlepin bowling has a storied history, one that remains vibrant in the Northeast to this very day. Ahead, a look back:

1880-1890 – The invention of candlepin varies from source to source, but it was first played in Worcester, Massachusetts, in 1880, according to the ICBA. Justin White, who bought a billiards and bowling hall on Pearl Street in Worcester, is widely credited for the game’s early days, ,, but he did not act alone.

Upon his death, an obituary in The Boston Globe also credited Hadley native John J. Monsey with the sport’s creation. Monsey was responsible for standardizing the game so that it would be able to be played widely and competitively.

1906 – John Monsey created the National Duckpin and Candlepin Congress, which regulated the size of the ball, the shape and size of the pins, and the surface upon which balls were bowled. From there, leagues and championships became more prevalent and standardized from location to location.

1947 – Howard Dowd and Lionel Barrow, two lawyers, invented the first automatic pinsetter for candlepins, and called it the “Bowl-Mor.’’ The Bowl-Mor was first used at Whalom Park amusement park in Lunenburg, Massachusetts, and eventually rolled out across alleys more widely. Prior to its invention, pinboys were hired to replace the pins after each bowl. The invention of this machine ensured that the pins would be placed in exactly the same location for every bowler. An original patent for the Bowl-Mor mechanism.

1940s – The term “Half-Worcester’’ came into use to describe when the first roll hits either the 2-pin or 3-pin too directly, knocking down only that pin and the one directly behind it.

“Legend has it that during a 1940s statewide tournament a team from Worcester and a nearby town were competing in a semifinal round,’’ Lynn Klaft wrote for the Worcester Telegram and Gazette. “One of the bowlers from Worcester knocked down two such pins and a member of the opposing team taunted him by saying, ‘You’re halfway back to Worcester.’’’

1958 – Candlepin bowling made its television debut. Former Red Sox and Boston Braves commentator Jim Britt hosted the initial WCVB broadcast, which was taped at the Boylston Bowladrome, which is just around the corner from where Lucky Strike Lanes is now.

The candlepin broadcast stayed on air until 1996. Don Gillis eventually became the sport’s longest-serving commentator, and was inducted into the World Candlepin Bowling Council’s Hall of Fame in 1987.

1964 – The Boston Globe launched its own annual candlepin tournament. According to the paper, the first champions were Marie Thompson, of Medford, and Bob Kelly, of South Acton.

1965 – The World Candlepin Bowling Council launched its Hall of Fame. There are currently 153 inductees.

Late 1960’s – Candlepins changed from wood to plastic, which had a noticeable effect on how bowlers strategically use the pins, according to Moore. Some shots, like the four horseman leave (four pins in a diagonal line, from the head-pin outward), require a different approach with plastic pins than with wooden ones.

“Now, bowling on wood pins is like the holy grail to serious bowlers,’’ Moore said. “It’s a lifelong ambition for those who never got the chance back in the day.’’ A boys hockey team bowls in Needham in 1974.

1973 – Candlepins for Cash debuted on WHDH. “The kingpin himself’’ Bob Gamere hosted the show, which allowed contestants to earn a jackpot by rolling a strike. The show remained on the air for almost a decade, with Rico Petrocelli taking over hosting duties in the early ’80s.

1984 – Ralph Semb, of Erving, bowled a 245, setting the single-frame world record at Community Lanes in Westfield.

“I was bowling with Charlie Jutras and started with seven straight strikes,’’ he told the Globe in 1989. “I had a perfect 150 half, and Charlie said to me, ‘Gee, that’s the first time I’ve bowled an 85 half and found myself losing by 65 pins.’ I finished with three spares for the 245.’’

Semb is now president of the ICBA.

1986 – A committee chaired by Royal Edgerly, Jr. formed the ICBA. The Association has had four presidents to date, and is headquartered in North Weymouth. “It doesn’t take that many to start a club. I would love it,’’ Marie Caruso, adviser for the club, told the Globe about her hopes for other schools to start teams. “We’re waiting.’’

“Sargent launched his assault on the record with a spare before reeling off six straight strikes and finished his string with spare-strike-spare/eight,’’ John Vellante wrote in the Globe.

This is how awesome it is to be a Boston sports fan: 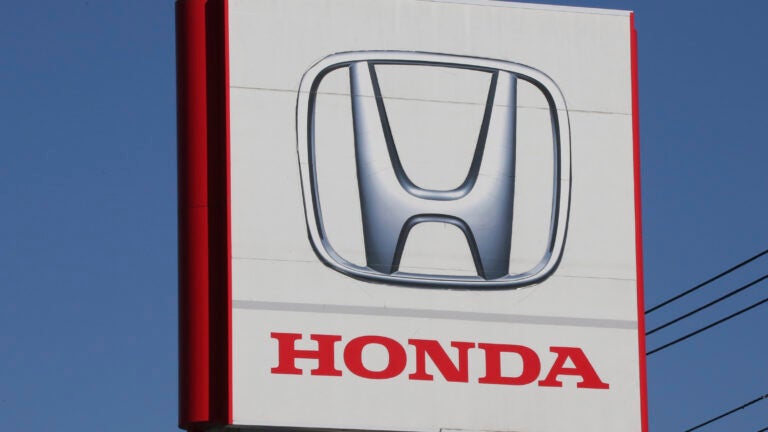