Video shows what looks like Jahlil Okafor taking a swing at some rando outside a Boston bar, Dave Dombrowski has to decide if he wants to gamble a little this offseason, and Osweiler fever has gripped Al Michaels.

Okafor reportedly got into it with some guys outside a Boston bar: “It all went down after Okafor and the 76ers lost to the Boston Celtics — Jahlil and some friends went out on the town … and ended up in an altercation in front of Storyville Boston nightclub.’’ (TMZsports.com)

Of course there’s video of the scuffle:

Amendola’s upgraded, Dobson’s down and out: “Though Danny Amendola was able to return to practice Thursday as a limited participant, the news was not as good for another Patriots receiver, Aaron Dobson.’’ (The Boston Globe)

Dave Dombrowski has to weigh the risks with the rewards this offseason: “It’s been 12 years now since former Red Sox general manager Theo Epstein and cohort Jed Hoyer flew to Arizona for Thanksgiving dinner with the Schilling family. They would successfully convince then-Diamondbacks pitcher Curt Schilling to waive his no-trade clause. Of course, that decision brought the right-hander to Boston, and you know the rest. That reminder is not meant to suggest that Dave Dombrowski and Mike Hazen have to barge in on David Price’s or Zack Greinke’s holiday feasts this week. But that moment can still serve as an indicating benchmark of the level of aggression that Boston’s new president of baseball operations and newer general manager may need to show this offseason. Even while it’s arguable that they should, instead, show restraint.’’ (Boston.com)

Who cares if Brock Osweiler took Peyton’s place?: “Three weeks ago, after the Broncos beat Green Bay, a game we had, we were saying, ‘Whoa, we could get two 10-0 teams, Brady-Manning, and all of that,’’’ said [Sunday Night Football announcer Al] Michaels. “This is still pretty good, an undefeated team against an 8-2 team with a fantastic story line. But it’s not quite that. It’ll do a tremendous number [in the Nielsen ratings] on Sunday night, that’s for sure.’’ (The Boston Globe)

Go that way, really fast. If something gets in your way, turn: “If you want to step away from the table and take in some early ski turns, check out these seven ski areas that are currently open, with 15 projected by the weekend, and more target opening dates for New England ski resorts.’’ (Boston.com) 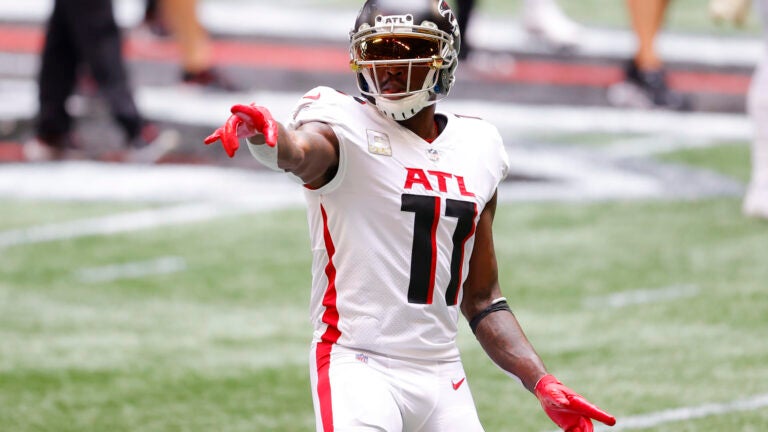