It was a happy Turkey Day for the Patriots, who remain undefeated going into Sunday’s game against Denver. It also appeared to be an eventful Thanksgiving at the Brady household, where a giant turkey (presumably Tom in a costume if the #TurkeyTom tells us anything) emerged from a pile of leaves to startle two of the Brady children. The quarterback posted the above video to his Facebook account on Thursday. 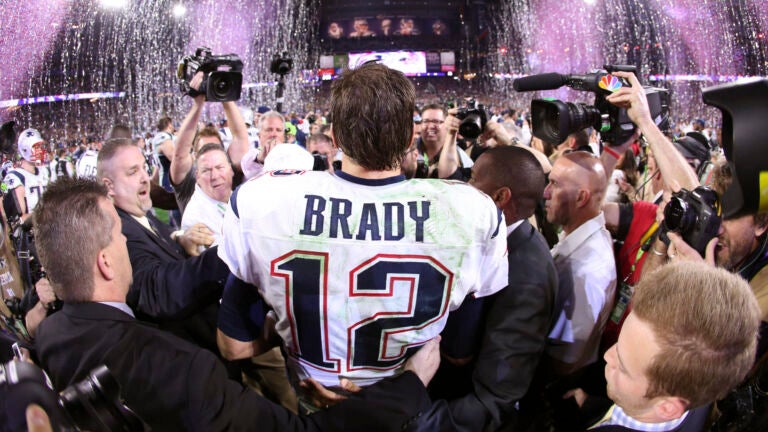