BOSTON (AP) — Adam Gaudette had two goals and an assist, leading Northeastern to a 5-1 victory over Harvard in the Beanpot consolation game.

The tournament pits the Boston area’s four college hockey powers against each other on the first two Mondays in February. Boston University played Boston College in the championship game later Monday night.

Ryan Ruck stopped 19 shots for the Northeastern, which has won the tournament just four times, the last in 1988. Mike McMurtry had a goal and an assist, and Dylan Sikura and Zach Aston-Reese also scored for the Huskies (10-13-5).

Ryan Donato scored the only goal for Harvard (13-7-3). Michael Lackey made 23 saves for the Crimson, who last won the tournament in 1993.

It was Harvard’s eighth straight appearance in the consolation game. Northeastern had not played in the third-place game since 2012. 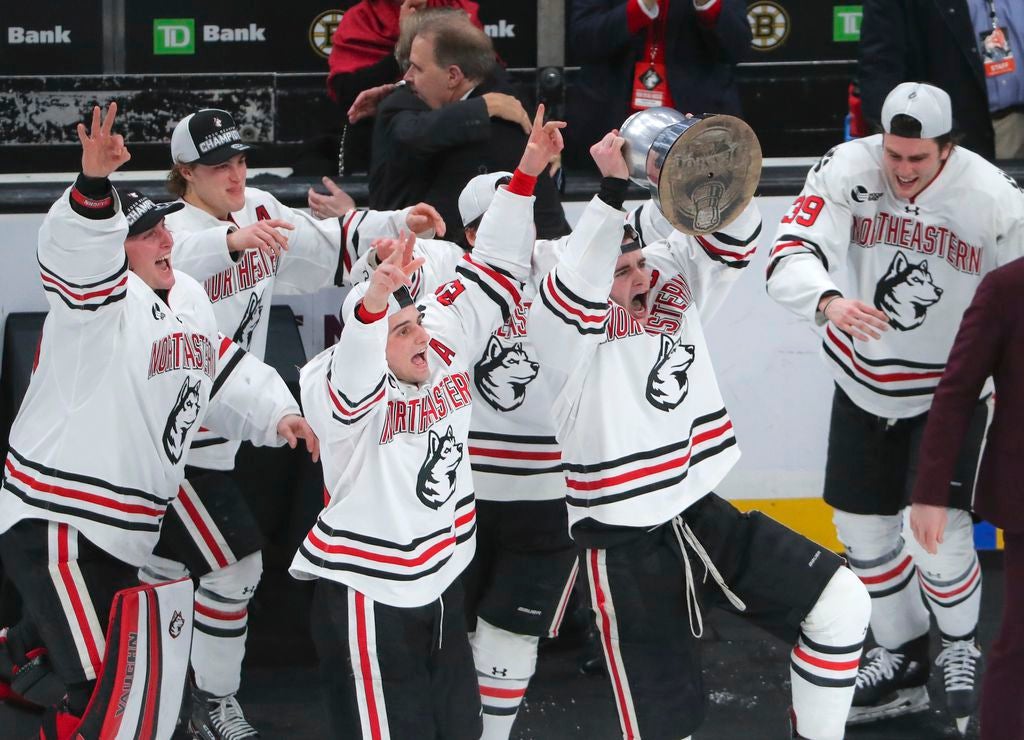 Chances of the Beanpot being held in 2021 are ‘very unlikely’