Barrence Whitfield & The Savages with Nervous Eaters at Regent Theatre

Two of the most beloved and enduring Boston rock artists of the past 40-plus years will pair up for what couldn’t possibly be anything other than an unforgettable night. The brand new album by Nervous Eaters, “Monsters + Angels,” includes songs that are sure to immediately rank alongside favorites of fans who remember them as The Rat’s house band. (Here is my 2019 Q&A with lead singer Steve Cataldo.) Headliner Barrence Whitfield began his recording career in 1984 and has released five albums since resuming it in 2011. Furthermore, he sang on Los Lobos’s 2021 Grammy-winning album “Native Sons.” (Here is my 2015 Q&A with Whitfield.) Therefore, their upcoming show together will be far from a mere nostalgia trip. Friday, Dec. 16, doors at 7:15, Regent Theatre, 7 Medford St., Arlington, $25-$35

Jon Spencer & The HITmakers at The Middle East Downstairs

Raised in the Ivy League town of Hanover, N.H. and educated for a few years at Brown University, Jon Spencer is best known as the leader of The Jon Spencer Blues Explosion, which he formed in 1991. This trio’s sound might correctly be described as a mix of its name and the title of its 2010 compilation, “Dirty Shirt Rock ‘n’ Roll.” Spencer dissolved the Blues Explosion in early 2022 and subsequently introduced his new band, The HITmakers. In April, this quartet released “Spencer Gets It Lit,” of which its creator said, “This is the most uncompromising album I’ve ever made!” Tuesday, Jan. 24, doors at 6 p.m., The Middle East Downstairs, 472 Massachusetts Ave., Cambridge, $20 ($25 day of show)

The Lemonheads at Paradise Rock Club

Evan Dando’s musical road trips are intermittent and haven’t been accompanied by new material in more than 15 years. Fortunately, he has an ample back catalog that guarantees him audiences around the world whenever he decides to spend a few months in a tour bus. The best possible reason for him to do so came in the form of the recently released 30th anniversary edition of The Lemonheads’ “It’s A Shame About Ray.” Dando will be joined by former bandmate Juliana Hatfield when he performs each of the original album’s 13 tracks at two upcoming shows at the Paradise. Saturday, Dec. 17 and Sunday, Dec. 18, doors at 7 p.m., Paradise Rock Club, 967 Commonwealth Ave., Boston, $37

Aimee Mann and Ted Leo did their first Christmas gigs together in 2014, the same year that they recorded an album together as The Both. Since then, the event has been populated by guest stars of various showbiz stripes in the years in which it has occurred. Those who have joined the duo in Boston include Buffalo Tom’s Bill Janvoitz, Liz Phair, and Susanna Hoffs. In addition to holiday favorites, the setlists have included both obscure and instantly recognizable rock songs, season-related Mann-Leo originals, and non-yuletide solo material by the artists who occupy the stage throughout the course of the evening. Tuesday, Dec. 27, doors at 7 p.m., The Wilbur, 246 Tremont St., Boston, $59-$69

The Charlatans UK and Ride at Big Night Live

Among albums filed under the alternative/indie subcategory of shoegaze, Ride’s 1990 debut, “Nowhere,” is right up there with My Bloody Valentine’s second and third albums in terms of general overall significance. However, their two more pop-spirited follow-ups demonstrated that Ride was not a one-trick pony. The Charlatans UK, on the other hand, included doses of what was dubbed Madchester – so-called because its main practitioners were from Manchester, England – in their early ’90s material, and evolved from there while remaining productive (unlike Ride) throughout the aughts and 2010s. Thursday, Feb. 2, doors at 7 p.m., Big Night Live, 110 Causeway St., Boston, $37.50

The Beths at The Sinclair

I hope that my Boston.com preview of last year’s show at Royale made clear that my enthusiasm for the New Zealand quartet The Beths knows no bounds. Thankfully, frontwoman and songwriter Liz Stokes has been quite generous with her band’s output. While I would recommend that newcomers start with the 2016 EP “Warm Blood” and work their way forward, I would certainly not discourage anyone from going straight to this year’s “Expert In A Dying Field,” the best moments of which are at least the equal of those from previous efforts. Don’t let the fact that their two Sinclair shows are sold out stop you from trying to see at least one of them; this is the rare band that justifies shelling out for “verified resale.” (Here is my review of their 2021 live album.) Monday, Feb. 27 and Tuesday, Feb. 28, doors at 7 p.m., The Sinclair, 52 Church Street, Cambridge, $22/$25

Jadu Heart is a male-female duo that consists of Diva-Sachy Jeffrey and Alex Headford. They first collaborated for an assignment at The British and Irish Modern Music Institute, where they were both students. Since then, they have, in the words of their current record label, “moved from electronic shoegaze to psych-rock to grungy lo-fi across their 2 EPs and 2 albums….” 2022 saw the release of two digital singles and they recently shared a pair of songs from their forthcoming album, “Derealised,” which drops Jan. 20. Tuesday, Feb. 7, doors at 7 p.m., Brighton Music Hall, 158 Brighton Ave., Boston, $17

2022 was a miraculous year for GloRilla, thanks mainly to the Hotkidd-produced, NSFW “F.N.F. (Let’s Go)”, which received a 2022 BET Hip Hop Awards Song of the Year nomination, appeared at #3 among Pitchfork’s Top 100 Best Songs of 2022, and might earn her the Best Rap Performance Grammy on Feb. 5. A few months after that song went viral, “Tomorrow 2,” which features Cardi B., reached #9 on the Billboard Hot 100. Both singles appeared on her EP, “Anyways, Life’s Great…,” which came out in November. Thursday, Feb. 23, doors at 7 p.m., Paradise Rock Club, 967 Commonwealth Ave., Boston, $35

Cass McCombs at The Sinclair

2022 marked the 20th anniversary of Cass McCombs’s debut EP, “Not the Way,” and the release of his tenth LP, “Heartmind.” In a 2016 New York Times article titled “Imagine Beckett as a Cranky Singer-Songwriter,” music journalist Ben Ratliff anointed McCombs “one of the great songwriters of his time.” Based on the critical acclaim heaped upon him throughout his career, it is unlikely that Ratliff is the only such person to think so highly of the 45-year-old. In fact, “Heartmind” – which features appearances by, among many others, Wynonna Judd and Danielle Haim – may very well be McCombs’s most highly praised effort to date. Sunday, Jan. 15, doors at 7 p.m., The Sinclair, 52 Church Street, Cambridge, $19-$22

Since her late teens, Suki Waterhouse has flexed her talents as a model, a photographer, a film and television actor, an entrepreneur, and a musician. Having put out several singles since 2016, the 30-year-old London native released her first album, “I Can’t Let Go,” on May 6, 2022 via Sub Pop, and followed it up with an EP, “Milk Teeth,” in November. And to those of you who are interested, Waterhouse has been partners with Robert Pattinson since 2018. Sunday, Jan. 29, doors at 7 p.m., Paradise Rock Club, 967 Commonwealth Ave., Boston, $22

The 502s is Florida sextet named after the address of the house in which founder Ed Isola lived as a child. In addition to electric and acoustic guitars, bass, and drums, the band employs banjo, sax, trumpet, and keyboards to give them their unique sound. Their discography currently comprises two LPs and two EPs, including this year’s “Just Another EP,” and they have long been regulars at music festivals, including ones with top-of-the-ticket acts such as Mumford & Sons and Jason Isbell. Sunday, Feb. 26, doors at 7 p.m., Royale, 279 Tremont St., Boston, $20

Thirty-two is surely an above average age to release one’s debut. However, one gets up to speed pretty quickly when that album is as strong as Margo Price’s first offering, “Midwest Farmer’s Daughter.” It and its 2017 follow-up, “All American Made,” appeared on the year-end lists of more than a dozen music publications. The Sturgill Simpson-produced “That’s How Rumors Get Started” appeared in 2020, and Price is now set to release “Strays” – which includes appearances by Mike Campbell, Sharon Van Etten, and Lucius – on Jan. 13, 2023. Tuesday, Feb. 28, doors at 7 p.m., Paradise Rock Club, 967 Commonwealth Ave., Boston, $28 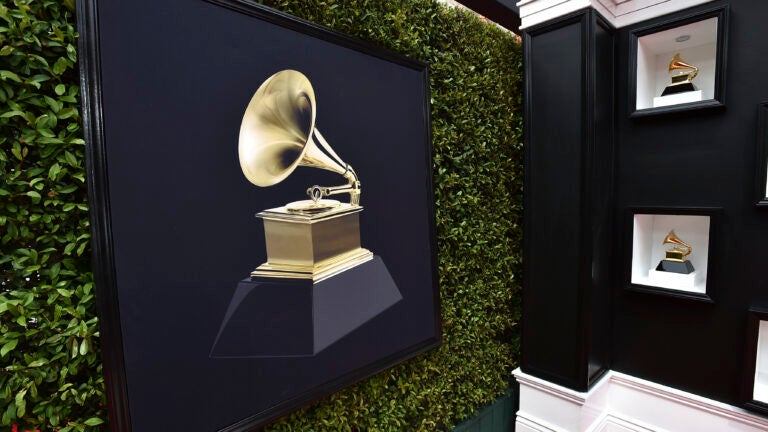 Grammy nominations to be announced, with 5 new categories