In May 1997, the British band Suede was booked for a two-night stand at Boston’s Paradise Rock Club.

Presumably, the show itself went more or less according to plan. Afterward, however (and presumably not according to plan), the bulk of their equipment was looted from outside of the venue. The second night was performed acoustically.

Suede has not played Boston since that experiencing that trouble at the Paradise. However, they also haven’t played anywhere else in the United States – except Coachella in 2011 – in the 25 years that have passed as of the end of that four-city, eight-night mini-tour.

Cofounder and lead singer Brett Anderson has never been keen on the fact that his band has to be billed as The London Suede stateside. This is the result of a lawsuit filed in 1994 by a singer in Maryland who performed and recorded under the name Suede.

Displeasure with the name change notwithstanding, the fact is that Suede never caught on in the U.S., despite having done so instantly and on a massive scale in their homeland.

That success was probably helped by the fact that they offered something fresh from the fading Madchester scene – spearheaded by The Stone Roses and Happy Mondays – and a bit of an alternative to the ubiquitous Britpop sound of Oasis, Blur, and Pulp. (Anderson made clear his disdain for the latter, into which Suede was frequently categorized, in a 2008 Guardian interview.)

Suede broke up in 2003 after two final albums that didn’t make the grade artistically, commercially, or critically. Since reforming more than a decade ago, they have released four albums, the most recent of which, “Autofiction,” dropped on Sept. 16.

Each of these has seen the band reclaim its place on the UK’s top 10 albums chart, even if they haven’t topped it (as three of their first four did) or made the top five (as their second one did).

Wales’s Manic Street Preachers have been even more massively successful (and prolific) in the UK, but the band’s commercial impact in America is comparably insignificant.

Like Suede, the Manics were Britpop-adjacent at best. Their songs were punkier and more political, as demonstrated by – to pick only a few – “Ifwhiteamericatoldthetruthforonedayit’sworldwouldfallapart,” “If You Tolerate This Your Children Will Be Next” (a UK chart-topper), “The Masses Against the Classes” (another UK No. 1), and “The Love of Richard Nixon” (which peaked at No. 2).

While Suede underwent a handful of internally dramatic personnel shifts in its early days, MSP has comprised James Dean Bradfield, Nicky Wire, and Sean Moore for 27 years. The one lineup change that has occurred within the band happened when lyricist and rhythm guitarist Richey Edwards went missing on Feb. 1, 1995. No reported sightings of him have been positive, no trace of his body has ever been found, and he was declared dead on Nov. 24, 2008.

Manic Street Preachers are also not particularly frequent visitors to the U.S., but their “The Holy Bible” 20th anniversary tour included a stop at The Sinclair in 2015. (It was on both a Friday and my birthday, so why the heck didn’t I go to that?)

Given what a rarity it is for either of these bands to cross the Atlantic, it’s difficult to imagine fans of either – who are most likely fans of both – being anywhere other than the Orpheum on Nov. 22.

Note: The London Suede will “headline” this gig and Manic Street Preachers will “open.” 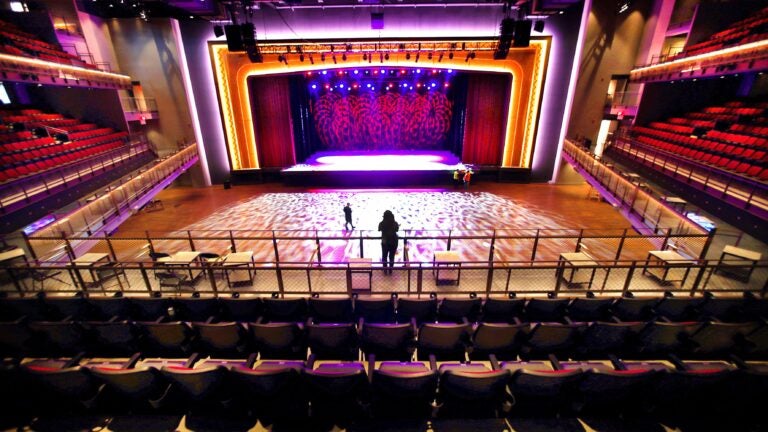