Now, she’s coming to Boston on the tail end of her 2022 North American tour, which began in April at Coachella and has her on the festival circuit — highlights include Boston Calling, Gov Ball, and Bonnaroo — and playing venues across the U.S. and Canada through early October. She’ll be at Roadrunner on September 29.

Michelle Zauner, known musically as Japanese Breakfast with drummer and co-producer Craig Hendrix, has been making music under that name since 2013, with major albums dropping in 2016 (“Psychopomp”), 2017 (“Soft Sounds from Another Planet”), and 2021 (“Jubilee”). However, she was nominated for best new artist just this past year at the 64th annual Grammy Awards in 2022. “Jubilee” was also up for best alternative music album.

But Zauner chooses not to question it.

“I feel like we got to a certain place in our career where we were being recognized for the first time at a higher level, and I’m very happy to be part of that category,” Zauner told Vanity Fair just before her Grammy appearance. “I will take all the Grammys that the Recording Academy wants to give me.”

“Jubilee” marks a new era for Zauner, who began her music career in Philadelphia-based rock band Little Big League before first releasing under Japanese Breakfast in 2013, and not only because of the Grammy nominations. “Psychopomp” and “Soft Sounds From Another Planet” are tinged with anguish and grief — “Psychopomp” was written as her mother went through cancer treatment, and her passing catalyzed “Soft Sounds From Another Planet.”

A jubilee, on the other hand, is a happy occasion, a celebration of the passage of time. Zauner’s newest album certainly lives up to its name, especially with its boppy singles “Be Sweet” and “Savage Good Boy.”

“My artistic narrative has been so rooted in grief and loss that to write an album about joy feels like a real departure,” Zauner said in a June 2021 interview with Vox.

Her book “Crying in H-Mart,” an intimate portrait of growing up Korean American and a heartbreakingly candid account of processing her identity after her mother’s death, deals with many of the same themes as her first two albums, and its success proves her wide scope as a narrative artist.

Released just a couple months before “Jubilee,” “Crying in H-Mart” also almost feels like a closing of one of Zauner’s chapters (no pun intended) so she can move into this new stage with “Jubilee.” And if the book’s success is any kind of omen for the future of her music, it’s a good one.

Have a ‘Jubilee’ with Japanese Breakfast in Boston 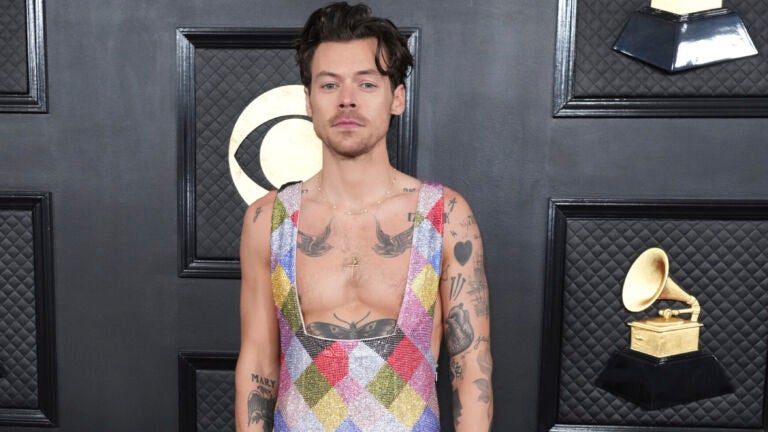 See what celebs wore on the Grammys red carpet