On Monday, the pop star announced dates for the American leg of his his “+ – = ÷ x Tour” (pronounced “The Mathematics Tour”), including a Saturday, July 1 concert at Gillette Stadium starting at 6 p.m. The singer also later added a second Gillette Stadium show on Friday, June 30 at 6 p.m.

The Mathematics Tour is Sheeran’s first American stadium tour since his 2018 Divide Tour, which became the highest-grossing tour of all time in 2019 after pulling in $775.6 million in ticket sales.

Each of Sheeran’s studio albums have been named after mathematical symbols, with the most recent, 2021’s “=” (pronounced “Equals”), featuring chart-topping hits like “Bad Habits,” “Shivers,” and “The Joker and the Queen.” “=” became Sheeran’s fourth consecutive album to top the Billboard 200 charts.

Sheeran will be joined by Khalid for most of his tour dates (May 6-September 2), including his Gillette Stadium shows. Rapper/singer Russ will take Khalid’s place during the final weeks of shows from September 9-23.

Fans of Sheeran’s who wish to access the earliest ticket pre-sale can register for the Ticketmaster #VerifiedFan system now through Oct. 9 at 10 p.m. via the Ticketmaster website. The Verified Fan presale begins Wednesday, Oct. 12 at 10 a.m., while American Express cardmembers can buy tickets beginning at noon on Oct. 12 via the company’s website. Following the pair of pre-sales, GA tickets go on sale to the public via Ticketmaster Friday, Oct. 14 at 10 a.m. 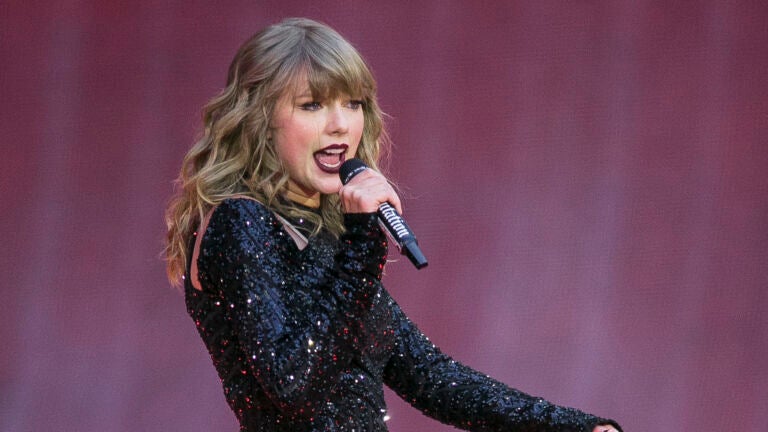 ‘Unbelievable’: Swifties and senators weigh in on Ticketmaster trial