For more than a decade, Vince Wilfork was an enormous part of the winning culture in Foxborough. On the field, he swallowed space in the middle of the defensive front. In the locker room, he commanded respect and demanded accountability. In the community, his big heart may have even outsized his massive body.

And now Wilfork will have a permanent presence in Foxborough, as the newest member of the Patriots Hall of Fame.

Last spring, the defensive lineman became the sixth player voted to receive a red jacket in his first year of eligibility, and this September he’ll have those threads officially bestowed upon him during a ceremony the day before the Pats’ home opener.

That ceremony will be held at Enel Plaza, located just outside the Patriots Hall of Fame and near the entrance to Gillette Stadium. Beginning at 4 p.m., the festivities are free and open to the public, with fans of all ages welcomed to attend. The 11-year Patriot and two-time Super Bowl champion will also be feted the next day, during halftime of New England’s game against Baltimore.

Two days before his formal induction, Wilfork will take part in the Hall’s speaker series. Tickets for that event, which begins at 6:30 p.m. on Sept. 22, are $30. Pre-signed autographed photos will be given to each fan in attendance. 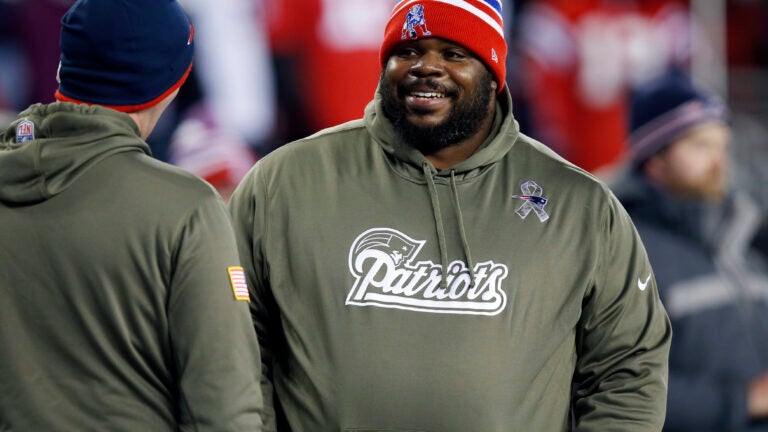