Since the first Salem Haunted Happenings festival in 1982, the celebration has continued to grow. Visitors can stop by the Salem Witch Museum, examining the witch trials of 1692, and pay a visit to the Salem witch trials memorial. Today, members of the modern pagan and witch communities have a strong presence in Salem, with many shops dedicated to witchy wares like HausWitch and Artemisia Botanicals.

The month of activities kicks off with a Grand Parade on Oct. 5. A pet costume parade, Howl-o-ween, follows on Oct. 8. Each weekend in October (there are five this year!) will feature an outdoor marketplace on Salem Common featuring artisan-made goods like crafts, clothes, and gifts.

On Oct. 29, the Saturday before Halloween, the Salem Waterfront Hotel hosts Wicked Night on the Wharf, a 21+ costume party with a DJ, dancing, hors d’oeuvres, and a cash bar. Other happenings that weekend include a Haunted Speakeasy, Hawthorne Hotel’s Halloween Ball, and an outdoor screening of “Hocus Pocus” on the Salem Common. Halloween night will bring live music downtown and fireworks over the North River at 10:15 p.m.

For tips on eating, touring and exploring in Salem during the month of October, check out Boston.com’s October day trip guide to Salem. 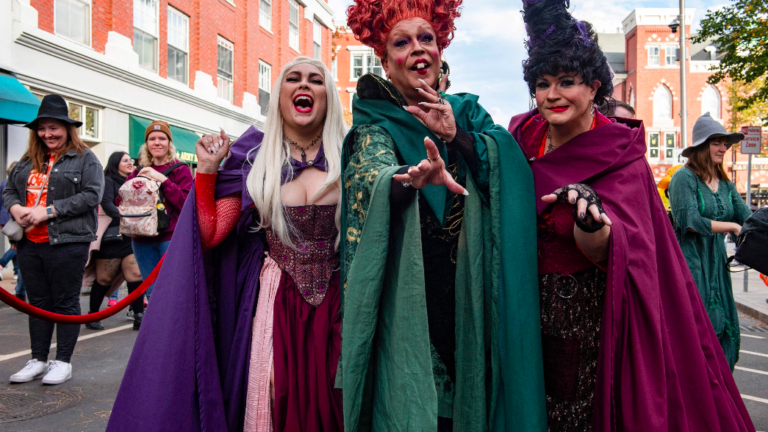 Photos: The best and spookiest Halloween costumes in Salem