Give thanks in a big way during the 400th anniversary of the first Thanksgiving in 1621 at America’s Hometown Thanksgiving Day Parade in Plymouth. The nationally-recognized parade will feature floats decorated to represent historic events, honor national anniversaries such as D-Day’s 75th anniversary and the 50th anniversary of Apollo 11, and celebrate periods of American history. Military bands and drum and bugle corps will also march to honor veterans. The parade will be covered live on WCVB Channel 5.

The historically-themed parade takes place downtown on Saturday, but festive waterfront events are scheduled all weekend long, including a historic village, Wampanoag Education Pavilion, two-night concert series at Memorial Hall featuring the Plymouth Philharmonic and the Senior Alumni Drum and Bugle Corp, craft beer and wine tasting garden, face painting and other activities for kids at the Children’s Pavilion, and a Food Truck Alley where guests can eat from a variety of food trucks such as Away Cafe, Noonan, and Tara’s Fried Dough. 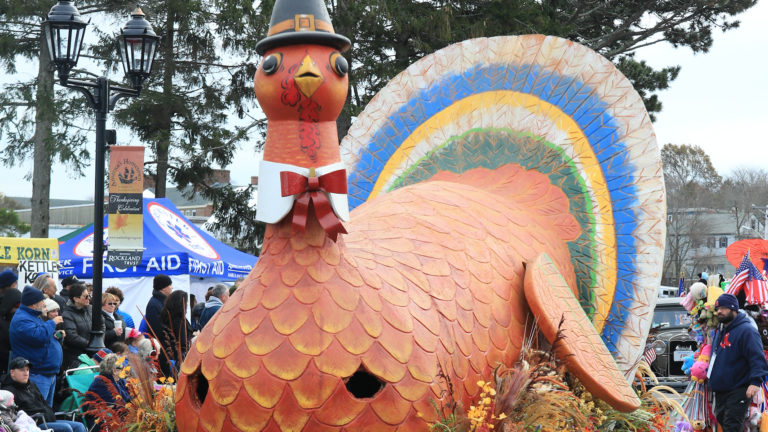