In quite possibly the most New England beer collaboration ever, Maine-based retailer L.L. Bean has teamed up with five Maine breweries to create a limited-edition craft beer collection in celebration of its new collection of Small Batch Bean Boots.

Introducing #BeanBootsandBrews, a collaboration between L.L.Bean and Maine craft breweries! Five amazing brewers – @fogtownbrewing, @mastlanding, @oronobrewingcompany, @risingtidebeer and @threshersbrewingco – will be unveiling outdoor-inspired small batch beers, to complement our new fall collection of Small Batch Bean Boots. Starting 10/19, these beers will be available at the breweries and through limited distribution. Stay tuned for details, and a look behind the curtain at how beer and boots are made. Cheers to Maine craftsmanship! (Video by @pjhavel and @Jackiegreaney) * * *Please drink responsibly and with moderation. This content is for responsible adults of legal drinking age in the United States of America (21 years old or older). It is purely intended for entertainment purposes.

“L.L.Bean and Maine brewers are known around the world for their focus on quality and innovation,” said Sean Sullivan, executive director of the Maine Brewers’ Guild, in a press release. “It’s been a pleasure to see what can happen when seemingly disparate industries collaborate, exchange ideas, and create new products to share.”

While the five individual beers will be released on Thursday at a private launch party in Portland, Maine, the public will be able to try each beer at its corresponding brewery beginning Friday, Oct. 19 until they run out. The boots will be available at L.L. Bean and on llbean.com, naturally.

Details about each beer — the style, beer name, and story behind it — won’t be disclosed until the release. While Fogtown and Threshers only will serve their respective Bean beers on tap, Mast Landing, Orono, and Rising Tide will can their brews for limited distribution.

Visit 'Cohesiveness has to be on a thousand': Kevin Garnett wonders who'll step up as leaders for the Celtics following Ime Udoka's suspension 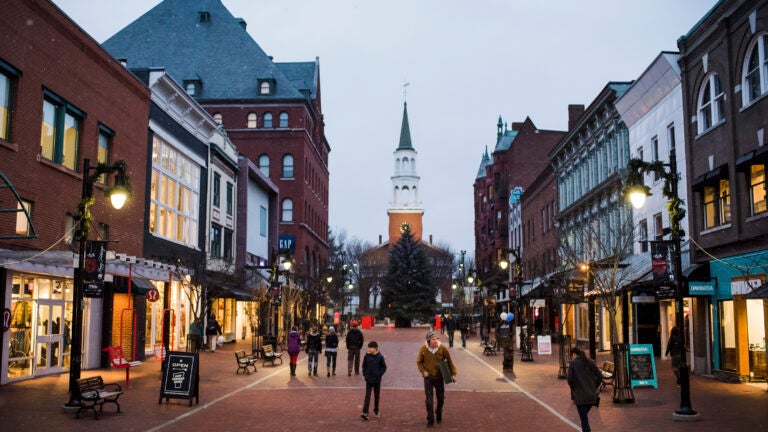 2 of the best beer towns in America are in New England, according to TravelMag