New England travelers craving a cold one can toast friends in some of the top beer destinations in America, according to TravelMag.

The online travel magazine released a list of the 20 best beer towns in the United States on Tuesday and included Portland, Maine, and Burlington, Vermont.

“Brewing is not solely dedicated to major metropolitan areas,” TravelMag wrote. “In fact, many towns and small cities offer everything a beer traveler is looking for in a destination.”

“The fun and funky Queen City of New England, Burlington, Vermont, is home to eight+ breweries, making it the king of beer destinations in the Northeast. In a beer-world full of trend-following Switchback Brewing Co. goes against the grain with their dedication to their flagship Switchback Ale and Citra-Pils. Other standout brewers include Queen City Brewery, Burlington Beer Co., and Rescue Club Brewing Co. with their non-alcoholic craft beer. This is also the birthplace of Magic Hat Brewing Company. Watch for people ‘throwing beer cans down the stairs’ in this town where the music scene is strong and diverse. The Vermont Brewers Festival is held here each July.”

And here’s what the website wrote about Portland, Maine:

“Portland, Maine, has been home to beer makers since they were called microbreweries. The walkability of Old Port, at the convergence of the Fore River and Casco Bay, creates a fertile location for shops, restaurants, and bars and an idyllic backdrop to enjoy a beer. Billed as New England’s first craft brewery, Geary Brewing Company (or just Geary’s to locals) opened a tasting room at the brewery in the northern end of town. Along the waterfront, newcomers like Liquid Riot, Rising Tide, and Goodfire call Old Port and East End home. Pioneer beermakers in Portland, Gritty McDuff’s and Shipyard, are still tapping at their Old Port locations.”

The list was comprised using destinations with a population under 100,000, a minimum number of two breweries, and “overall appeal to beer fans,” according to the publication.

View the entire list of the 20 best beer towns in the United States. 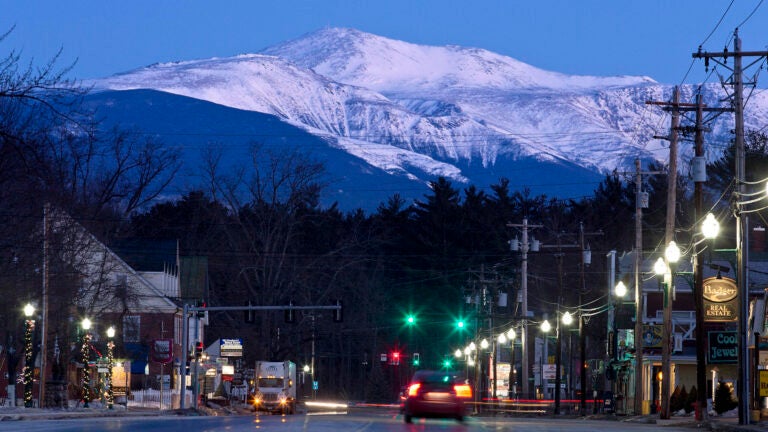 New England has some of the best ski towns and resorts in North America, according to USA Today