TripAdvisor is under fire after a lengthy expose by the Milwaukee Journal Sentinel reported Wednesday that the Needham-based company removed reports of sexual assault, among other negative reviews, on their website by users who traveled to Mexican resorts.

According to the Journal Sentinel, more than a dozen travelers say TripAdvisor moderators deleted their first-hand reviews warning of blackouts, rapes, and other injuries during vacations to Mexico, which had been posted in the website’s travel forums.

In one instance, Kristie Love, a Dallas mother, said she was raped in 2010 by a security guard at a highly rated resort in Playa del Carmen. When hotel staff reportedly were uncooperative with her repeated attempts to report the assault, Love told the Journal Sentinel she felt her last option was to post her story on TripAdvisor.

However, her post was quickly deleted by moderators who said it violated the site’s “family-friendly” guidelines. Follow-up attempts to post were also rejected. Since the deletion of Love’s post, two other women had similar experiences of sexual assault at the same resort, according to the Journal Sentinel.

On October 19, TripAdvisor republished Love’s original post, buried beneath thousands of newer comments. Brian Hoyt, a TripAdvisor spokesman, told the Journal Sentinel that they updated their interpretation of their family-friendly guidelines since 2010. Hoyt also acknowledged “about a dozen” other posts that should not have been deleted, which he said would be republished.

In a statement Wednesday to Boston.com, TripAdvisor apologized to Love.

Other accounts of those who had TripAdvisor posts deleted reportedly include stories of being drugged, raped, overcharged, and/or intimidated by hotel staff.

The Journal Sentinel reported TripAdvisor’s business is built around converting site visitors into “engaged users and bookers.” And positive reviews reportedly allow hotels, which advertise on the site, to charge higher booking prices, according to studies.

“Advertisers will not continue to do business with us if their investment in such advertising does not generate sales leads, customers, bookings, or revenue and profit,” TripAdvisor said in a federal filing in August, according to the Journal Sentinel.

The company, however, says it maintains “a strict separation between our commerce and content businesses.”

“Despite assertions and statements made by a recent USA Today article, there is no tie between commercial relationships with our partners and how our content guidelines are applied to reviews or forum posts published on the site,” TripAdvisor spokesman Kevin Carter told Boston.com.

Read the company’s full response to the Journal Sentinel‘s report below:

TripAdvisor’s site includes more than 535 million reviews and opinions from global travelers who write about their experiences at hotels, with airlines, restaurants and local attractions.  Like any other content business, we work to adhere to publishing guidelines that are in place to ensure the accuracy and integrity of those reviews.

TripAdvisor has always maintained – since our founding – a strict separation between our commerce and content businesses.  Despite assertions and statements made by a recent USA Today article, there is no tie between commercial relationships with our partners and how our content guidelines are applied to reviews or forum posts published on the site.

We apologize to the sexual assault victim, reported on in the article, who had her forum post removed 7 years ago on TripAdvisor. Since 2010, when the forum post was removed, our policies and processes have evolved to better provide information like this to other travelers.  As a result, when recently brought to our attention, the victim’s initial forum post was republished by our staff.

In fact, a simple Internet search will show numerous reviews from travelers over the last several years who wrote about their first hand experiences that include matters of robbery or theft, assault and rape.  We believe any first hand experience should be posted to our site as a means to communicate to other consumers looking for information on where they should travel.

We are horrified that this victim experienced this assault on her vacation in Mexico, and other travelers should be aware of this incident.

In order to better inform consumers and provide them with even more information about their travels, TripAdvisor is creating a “badge” notification to apply to businesses to alert consumers of health & safety or discrimination issues at that business reported on within the media or other credible sources of information.

We will continue to work to improve and evolve our moderation and publishing guidelines as we work to provide the most accurate information in the travel industry available online. 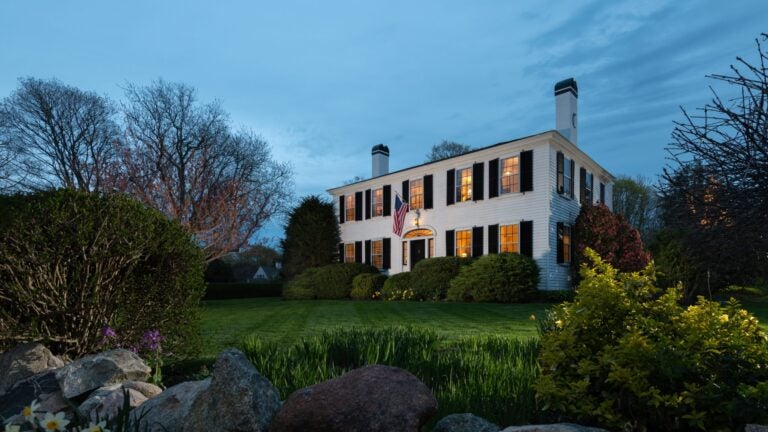 Mass. has one of the top 10 B&Bs in the world, according to Tripadvisor users