Dominick “Cuffy” Albano’s store has become a Cape Cod tradition for many.

Customers often share stories about how Cuffy’s of Cape Cod is a must-stop for generations of family and how groups of friends, some who met while vacationing on the Cape, return annually together, he said.

Next season, the memories will turn “magical,” he said, after a 20,000 square-foot expansion at his West Dennis anchor store. Albano wants to give customers a taste of old Cape Cod, transporting them back to the early 1900s.

“We’re in the memories business, you know?” Albano said of the 41-year-old business he began out of his mother’s car in 1980. “We want to capture that kind of magic.”

Albano broke ground this past winter, tapping former Disney World designers for the project. The team will build a 300-foot boardwalk and a bay that will hold replica boats alongside a two-story building with a series of nostalgic store fronts that connect on the inside. He did not disclose the cost of the project.

“We’re creating a fantasy where you’re sort of stepping back into this movie and you’re part of it,” he said.

There will be a general store, a confectionary, an old-fashioned life-saving station, and “something that’s reminiscent of an old hotel lobby,” he said. Customers will experience a different nostalgic story as they walk from one room to the next, he said.

“We’re trying to deliver as much of it as we can for next season,” Albano said.

His popular Cape Cod sweatshirts with block letters are a hit because of their simplicity and appeal no matter a customer’s age, he said. His team, which designs everything from scratch, is always coming up with new ideas as well, such as Cape-inspired Fourth of July apparel featuring red, white, and blue crabs.

“We want to make sure there’s a massive selection,” Albano said. “And we want you to feel like a kid in a candy shop when you come in.”

Albano said the secret to his company’s success is trust and integrity. He treats store guests as he would treat guests in his home, he said.

“There’s a real care that goes into our products,” he said. “So that’s what’s given us longevity. There’s so many ways to cut corners.”

He said he’s always wanted to create a destination concept and has been working on the expansion idea for 20 years.

Albano, a father of two and grandfather of two, has fond memories of trips to Disney World with his family. He wants to bring that same magical feeling to his customers.

Cuffy’s also has locations in Chatham, Orleans, and Provincetown. 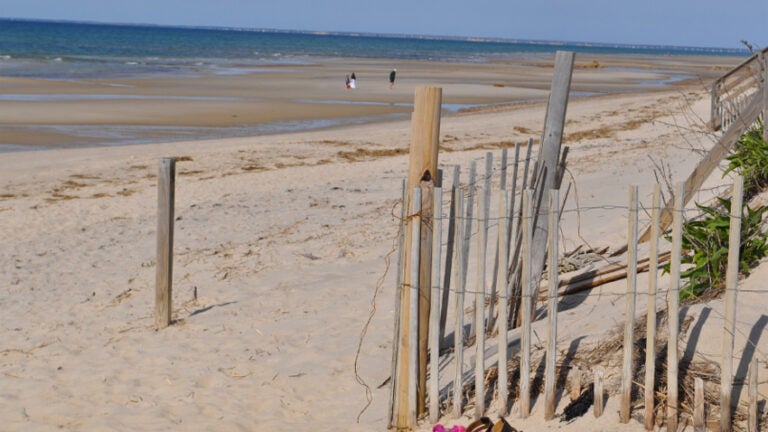 Hole-digging at the beach can be dangerous. Here's how to stay safe.