With the arrival of the Nova Scotia Christmas tree and festive light displays popping up all over Boston, it’s safe to say Boston is fully in the holiday spirit. To celebrate, we’ve rounded up 10 of the coolest holiday lights displays in Massachusetts. Whether you’re looking for a family activity, romantic night out, or holiday-themed walk around the city, they’re definitely worth checking out this month. 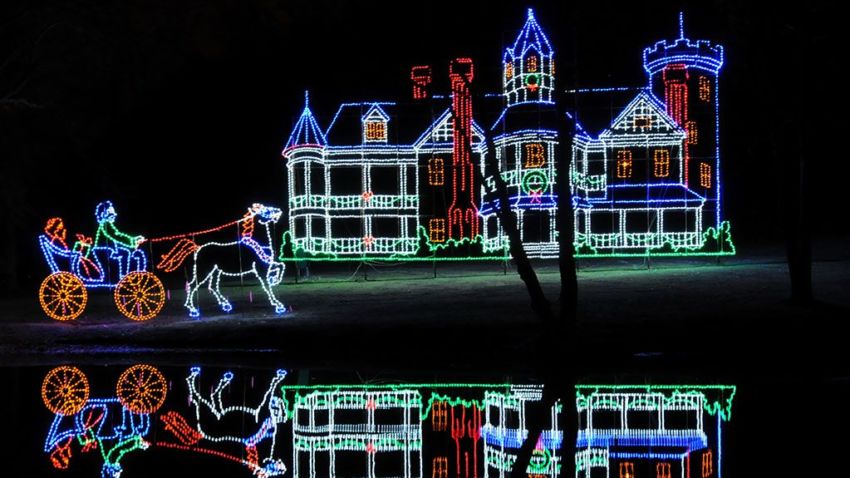 The Everett Barney Mansion at Bright Nights in Springfield.

Since opening in 1995, this staggeringly huge lights park has earned mentions in national publications like The New York Times and Yahoo! Travel. The place is a gem, with impressive displays of everything from the works of Springfield native Doctor Seuss to more traditional holiday tableaux. (Sundays through Thursdays from 5 p.m. to 9 p.m. and Fridays, Saturdays, and holidays from 5 p.m. to 11 p.m. through January 1; Forest Park, Springfield; $18-$21 per car; all ages) 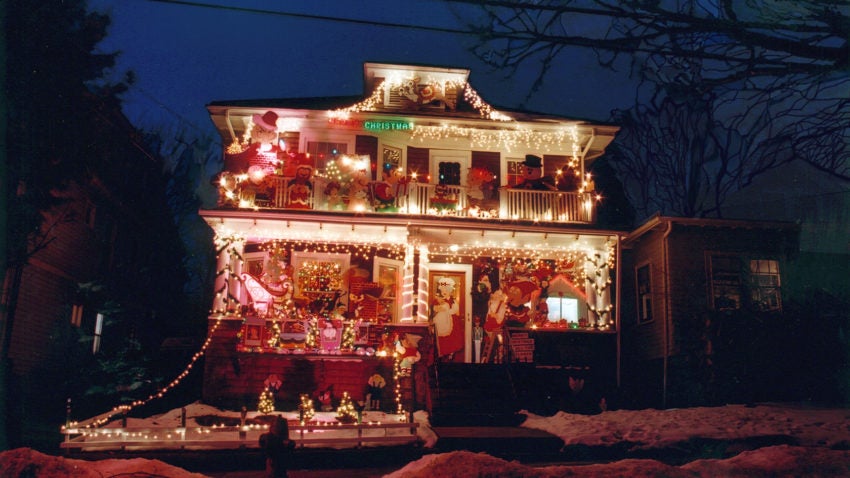 One of the Somerville homes included on the Illumination Tour.

Every year, a number of Somerville residents go all out on their decorating, transforming their homes into blinding holiday beacons visible from blocks away. To highlight this, the Somerville Arts Council created the Illumination Trolley Tour, shuttling interested parties from house to house on a 45-minute ride, complete with cookies and hot chocolate. Tickets for the trolley (which go on sale December 3) are limited, but the Arts Council also provides a $3 map of the homes for people who want to take a walking tour. (Saturday, December 16 from 4:30 p.m. to 10 p.m.; Somerville City Hall; $10 GA, $5 seniors ages 60 and up and kids ages 12 and under; all ages) 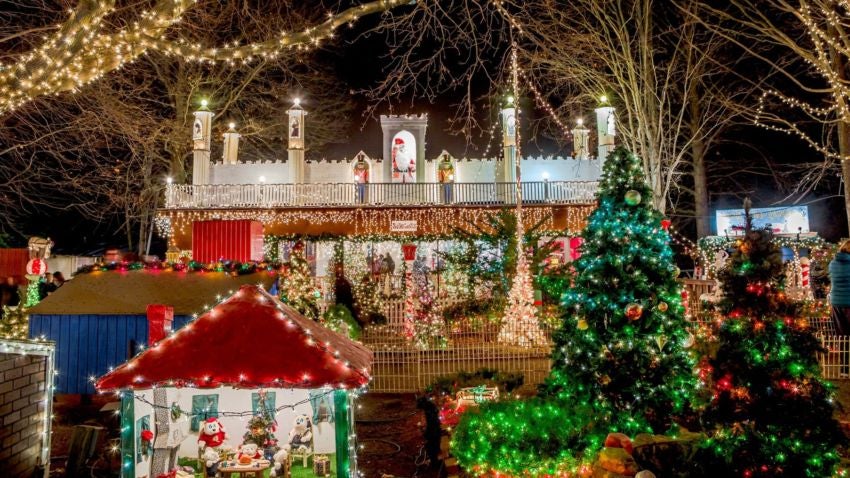 ZooLights at the Stone Zoo.

Along with holiday-themed additions to many animal enclosures like lights and holly wreaths, each year the Stone Zoo puts together ZooLights, a dazzling holiday display that illuminates the zoo when darkness falls. (5 p.m. to 9 p.m. through December 31; Stone Zoo, Stoneham; $9 general admission, $8 for zoo members; all ages) 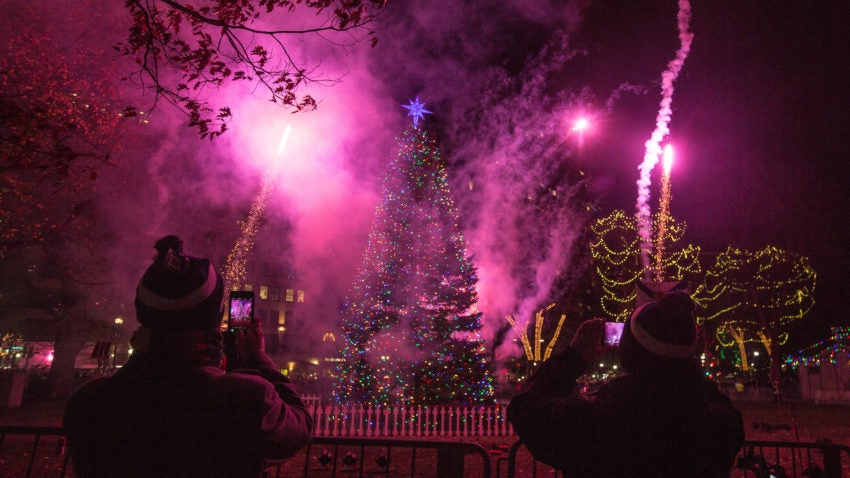 Fireworks explode during the annual Christmas tree lighting in the Boston Common.

Boston continues its transformation into a winter wonderland each year with the Boston Common tree lighting, when the tree from Nova Scotia is illuminated. Arrive early and you can check out the Frog Pond Skating Spectacular, a free ice show from the Skating Club of Boston featuring national and international competitive figure skaters performing both solo and group routines. Even if you can’t make it for the ceremony, it’s still worth hitting the Boston Common for trees, ornaments, and structures adorned with sparkling lights. (Boston Common; free; all ages) 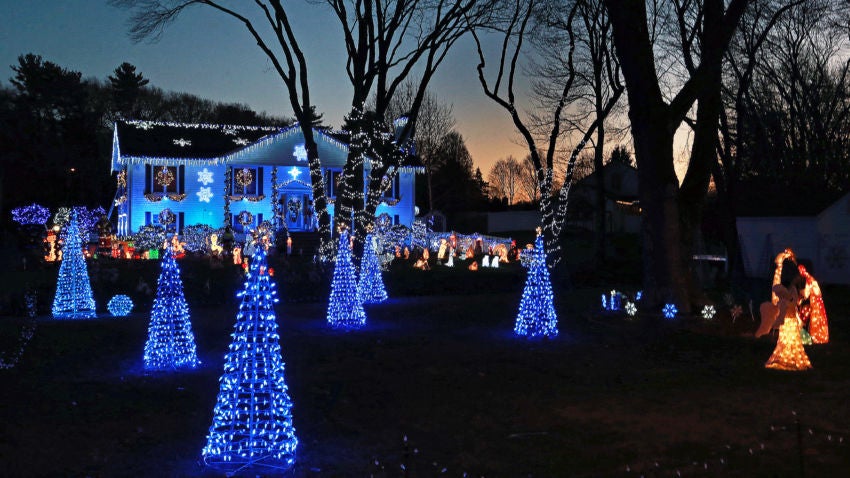 A light display on Lynn Fells Parkway in Saugus.

Take a drive on a mile-long stretch of the Lynn Fells Parkway in Saugus, and you’ll see your fair share of impressive light displays. According to Wicked Local, the tradition dates back to the 1950s, when the neighborhood association would hold lighting contests that got people in the holiday spirit. (Lynn Fells Parkway, Saugus; free; all ages) 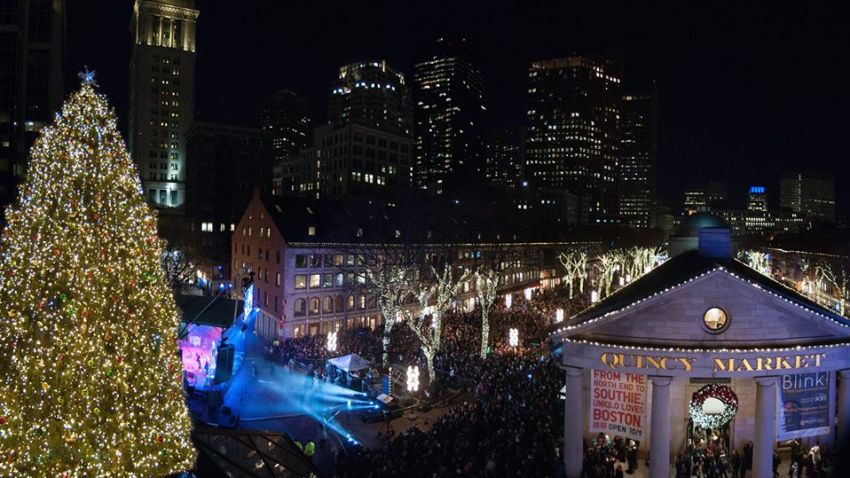 For the last few years, holiday shoppers around Faneuil Hall have been able to enjoy the audiovisual stylings of Blink!, a display that combines the brilliance of 350,000 LED lights with music from the Holiday Pops. The spectacle only lasts seven minutes, but it runs multiple times every night throughout the holiday season. (Daily from 4:30 p.m. to 9:30 p.m. through January 1; Faneuil Hall Marketplace; free; all ages) 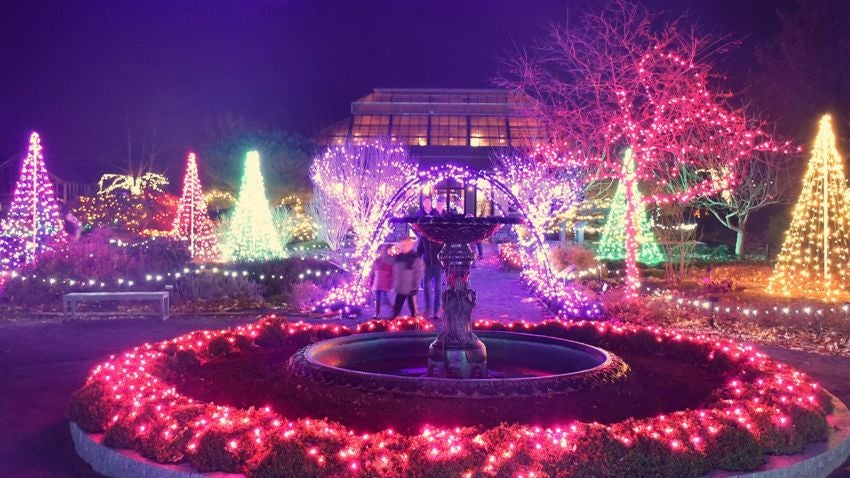 Winter Reimagined at the Tower Hill Botanic Garden in Boylston.

One of the oldest botanical gardens in the nation is also home to one of the sweetest light displays in Massachusetts. The Tower Hill Botanic Garden’s winding paths and exotic plants offer the perfect atmosphere for a stunning holiday visage. The Garden is open both early and late, but charges slightly higher prices from 4 p.m. to 9 p.m. to help offset operational costs. (Wednesday through Sunday from 11 a.m. to 3 p.m. and 4 p.m. to 9 p.m. through January 7; Tower Hill Botanic Garden, Boylston; $15/$17 GA, $10/$12 for seniors ages 65 and up, $5/7 for kids ages 6 to 18, free for members and kids ages 5 and under) 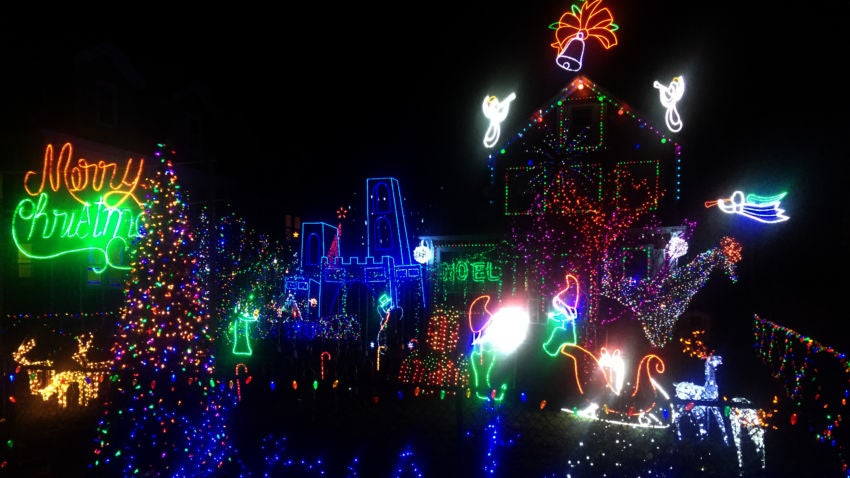 The lights display at 392 Adams St. in Dorchester.

Unlike most of the entries on this list, this light display isn’t put on by an organization; rather, it’s simply the hard work of a father-son duo that spends months getting their Dorchester home completely decked out for the holidays, according to a 2012 Boston.com article. For public transit travelers, the house is about a 10-minute walk from the Fields Corner stop on the Red Line. (392 Adams St., Dorchester; free; all ages) 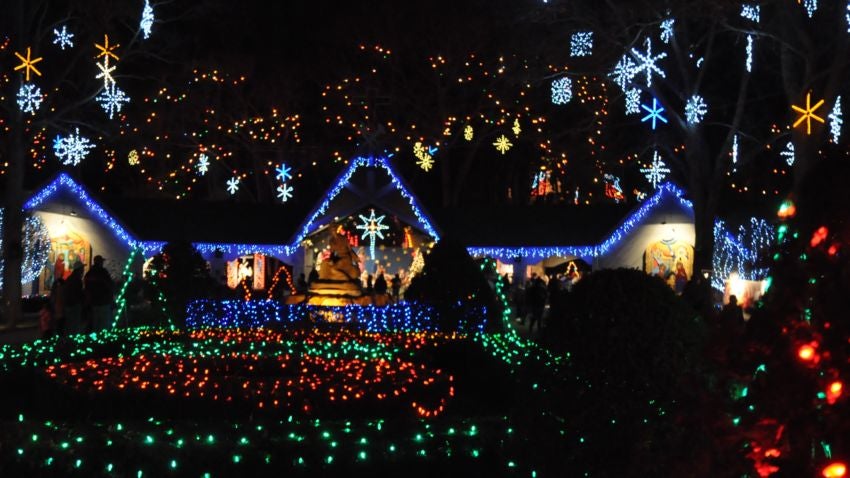 For more than 60 years, La Salette Shrine in Attleboro has wowed visitors with displays featuring around 300,000 lights spread over 10 acres. The Shrine also features an international crèche museum, with more than 1,000 crèches from at least 100 different countries. (Daily from 5 p.m. to 9 p.m. through January 1; The National Shrine of Our Lady Salette, Attleboro; free; all ages) 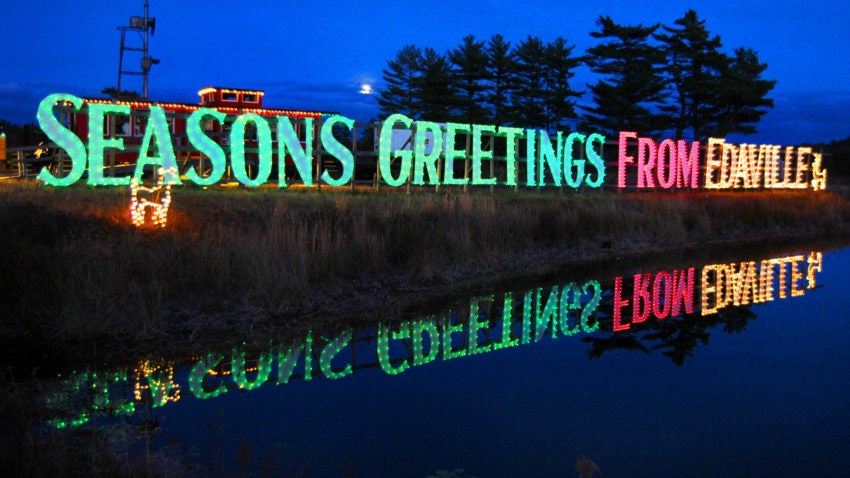 The entrance to the Edaville Festival of Lights.

The Edaville Heritage Railroad and Edaville USA amusement park are both delightful oddities worth checking out anytime of year. Thomas Land, the amusement park devoted to Thomas the Tank Engine, is just one of the uncommon attractions. When the holidays roll around, Edaville breaks out 17 million lights and special events like a “Where’s Santa?” train adventure to give visitors even more bang for their buck. (Mondays through Thursdays from 4 p.m. to 8 p.m., Fridays and Saturdays from 2 p.m. to 9:30 p.m., and Sundays from 2 p.m. to 8 p.m. through January 1; Edaville USA, Carver; $34-47 GA, $29 seniors ages 60 and up and kids ages 3 and under)