The bad behavior in America’s skies shows no signs of letting up.

In response, the Federal Aviation Administration on Thursday proposed more than $530,000 in fines against 34 “unruly” passengers accused of striking flight attendants, refusing to wear masks and lying in the aisles, among other offenses. A few hours later, American Airlines extended a ban on alcohol sales on planes until Jan. 18, 2022.

These moves coincided with wider attention to a United Airlines memo that flight attendants denounced as a publicity stunt. In it, United Airlines updated attendants about hiring, thanked them for being so friendly and then issued an odd plea.

“Please remember that there are designated items onboard that may be used in difficult situations and alternative measures such as tape should never be used,” John Slater, United’s senior vice president of in-flight services, wrote.

That seemed like a reference to a widely covered incident on Frontier Airlines last month in which crew members taped an aggressive, inebriated passenger to his chair.

The memo, first sent to airline employees Friday, drew wider attention and mockery online in the past 24 hours and — coinciding with the FAA and American Airlines actions — underscored just how badly some passengers have been behaving during the pandemic.

“We are doing all we can to help create a safe environment for our crew and customers onboard our aircraft,” American said in a memo to flight attendants about the three-month extension of the alcohol ban.

On social media, many made light of the United reminder about restraining passengers, sharing the news with jokes about duct tape, which has — on previous high-profile occasions — been called the perfect tool “for lazy guys that don’t know how to fix things the right way.”

Taylor Garland, as spokesperson for the Association of Flight Attendants, did not disagree that duct tape was inherently funny.

But the jokes — and much of the coverage about the United Airlines memo — are off-base, she said, for multiple reasons. First of all, no one used duct tape, she said, including the crew members on the Frontier flight.

United Airlines removed restraint tape from its cabins in 2014, she said, so the reminder made no sense. She suspects the memo was leaked in a PR move.

Sara Nelson, the president of the Association of Flight Attendants, agreed on Twitter, calling the memo a “sick marketing stunt” and asking the airline to apologize to flight attendants.

The memo is “offensive,” Ms. Garland said. “They are not offering flight attendants real tools to deal with an unprecedented rise in unruly passengers.”

United, which shared the memo after a request from The New York Times, declined to discuss when the airline banned tape altogether or what flight attendants should do to control disruptive passengers.

Ms. Garland said that United, like many airlines, keeps “tough cuffs,” which look like zip ties, onboard for restraining passengers.

She also praised the F.A.A.’s fines, but said they were not enough. Unruly passengers should be criminally prosecuted, she said.

The F.A.A. declined to share a position on restraint or duct tape but confirmed that the airline industry was experiencing a surge in bad behavior.

So far this year, the agency has received more than 3,800 reports of disruptive passengers, according to a statement. This includes 2,867 cases of passengers who refused to wear masks to protect against Covid-19, even though masks are required by federal mandate.

The reports also include multiple incidents in which passengers physically attacked the crew. Among those, on a March 12 JetBlue flight from La Guardia Airport in New York to Kingston, Jamaica, a man struck a flight attendant in the nose.

“When asked about this behavior, he said she tried to kiss him and stole his money and that he would hit her again if he saw her,” the statement said. The flight returned to La Guardia, and the F.A.A. has proposed a fine of $15,000. 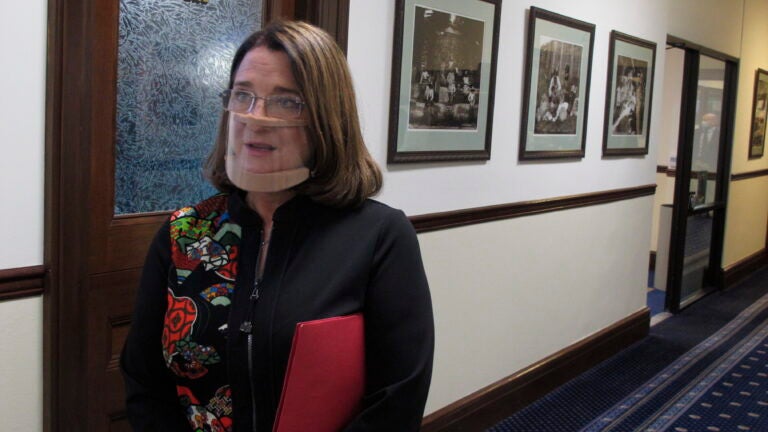