The Justice Department filed an antitrust suit Tuesday against American Airlines and JetBlue, saying a growing alliance between the two carriers had created a “de facto merger” in the New York and Boston markets, reducing competition and hurting consumers.

The suit said the arrangement between the airlines reduced the incentive for them to compete in the Northeast and elsewhere and would “cause hundreds of millions of dollars in harm to air passengers across the country through higher fares and reduced choice.”

“This sweeping partnership is unprecedented among domestic airlines and amounts to a de facto merger,” the Justice Department declared. It said attorneys general in six states and the District of Columbia were joining in the lawsuit.

The action is the latest effort by the Biden administration to increase competition and limit the power of large companies through antitrust actions. But it comes as airlines are trying to right themselves after the pandemic crushed their revenue and profits. And the two airlines rejected the lawsuit’s premise, contending that their partnership in fact helps increase competition against Delta Air Lines and United Airlines and in New York airports.

“Ironically, the Department of Justice’s lawsuit seeks to take away consumer choice and inhibit competition, not encourage it,” Doug Parker, American’s chief executive, said in a statement.

The Transportation Department signed off on the alliance in January, just before President Joe Biden took office. Under this agreement, the airlines agreed to conditions aimed at ensuring that the carriers did not behave in an anti-competitive manner.

The Justice Department complaint contends that the alliance combines the airlines’ operations at the three main airports serving New York — Kennedy International, La Guardia and Newark Liberty — and at Logan International in Boston. It said the airlines had committed to coordinate “on all aspects” of network planning, including routes, schedules and aircraft; to pool their gates and takeoff and landing authorizations, known as slots; and to share revenues earned at those airports — arrangements that it said would raise prices and reduce choices.

The Justice Department’s central argument is that the alliance will prevent JetBlue from bringing the sort of fierce competition to New York airports that is said to have led to big savings for travelers at other airports.

On a call with reporters Tuesday, Richard A. Powers, an acting assistant attorney general in the Justice Department’s antitrust division, said that in the years before the alliance was formed, JetBlue’s increased flights in and out of Boston had forced other airlines to lower their fares. Now, he said, cooperation between JetBlue and American “eliminates this critical source of competition,” particularly in New York.

Robin Hayes, the chief executive of JetBlue, said that argument was “plain wrong.” He said the alliance with American was allowing JetBlue to significantly increase the number of flights to New York airports. “JetBlue has never been able to add so many new flights in such a short space of time to New York,” he said.

Some airline analysts said the situation in New York airports made the alliance necessary for JetBlue. Because the number of flights serving the airports is strictly limited, JetBlue could not simply enter the market and offer new flights. Instead, it had to use slots that belong to American, something made possible by the alliance. At the same time, the airlines said, they would use bigger planes for their flights and add new routes, leading to a larger supply of seats, and perhaps lower fares.

“When you increase the number of seats in the market, holding demand constant, you’d expect prices to fall,” said Gary Leff, who writes the travel blog Viewfromthewing.com.

But the Justice Department complaint says American has an upper hand in the alliance and could use its established position in New York’s airports to reward or punish JetBlue, dampening competition in the process.

“JetBlue will be beholden to its larger partner, resulting in a wide-ranging diminution in competition in an industry in which competition is already in critically short supply,” the Justice Department argues.

When asked if the alliance had already led to lower fares, Hayes, the JetBlue chief executive, said, “It’s obviously early,” but added, “As we announce those routes, you will see fares lower than they were before JetBlue came on.”

The Justice Department has said it wants to reinvigorate antitrust enforcement, in keeping with the Biden administration’s more aggressive posture toward big mergers.

In July, Biden signed an executive order that asked the Justice Department to vigorously enforce antitrust statutes and challenge “prior bad mergers” that past administrations overlooked.

The Justice Department requested $200 million for the antitrust division in its budget request, a 9% increase from the current fiscal year’s spending level. And Vanita Gupta, the No. 3 department official, whose purview includes the antitrust division, said in a speech this month that the agency was going to take a hard line on mergers.

“Companies, executives, boardrooms and shareholders should take note: If your company approves a merger that may lessen competition, we will block it,” she said at Georgetown Law School’s annual antitrust enforcement symposium. “If you fix prices, rig bids or divide markets, we will prosecute you whether your scheme cheats consumers or harms workers. And if you monopolize markets to maintain a dominant position, even in a high-tech industry, we will intervene to put a stop to it.”

The Biden administration blocked a merger of Aon and Willis Towers Watson, two of the three largest insurance brokers in the world. And it has prosecuted pharmaceutical and food companies — and their executives — for colluding to fix prices.

But in taking aim at JetBlue and American Airlines, the Justice Department is going after an industry that is still feeling the effects of the pandemic. A huge drop in flyers has led to big losses at the carriers since early last year. In the first half of this year, American reported a $1.2 billion loss, compared with a $4.3 billion loss in the same period of 2020. JetBlue had a $183 million loss in the first half of this year and a $588 million loss a year earlier. 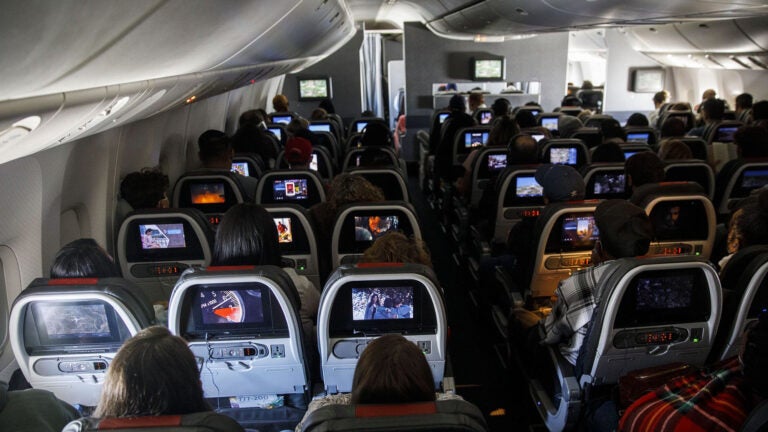