Patricia Tchoumi worked at the Boston Marriott Copley Place for 17 years, sometimes pulling double shifts — first as a concierge attendant in the VIP lounge until 11 p.m., then spending the night at the hotel and starting up again as a banquet server at 4 a.m. Tchoumi, 53, has been furloughed since the hotel shut down in March, and in September, the Marriott informed her she was being terminated, along with about half of the hotel’s staff. Her severance pay was less than half what she expected, and if she wants to return, she would have to reapply for her job as a new employee.

The Marriott Copley Place, the second-largest hotel in Boston, reopened in August and is the latest local property to permanently lay off a substantial portion of its workforce with reduced severance packages. The Four Seasons on Boylston Street did the same thing in May, but after an outcry from workers and guests, the luxury hotel reversed course and offered full separation pay.

The hotel industry has taken a beating during the pandemic, nowhere more so than in Boston. Through September, Boston-area hotels had the largest declines in occupancy, average daily rate, and revenue per available room — the three major metrics of hotel performance — of any major metropolitan area in the country this year, according to the hospitality data company STR.

Many hotels have reopened, but business is bleak. Occupancy rates are hovering around 25percent in the Boston area, on average, and an estimated 8,000 hotel workers are still unemployed. The city’s largest property, the Sheraton Boston Hotel, near the Hynes Convention Center, is still closed, as is the former Taj Boston (set to reopen as the Newbury Boston) and the Ritz-Carltonon Avery Street. The hotel at the Encore Boston Harbor casino reopened in July but closed in November following new restrictions on operating hours.

Given the drop-off in demand, it’s not surprising hotels aren’t bringing back many employees. Unite Here Local 26, which represents hospitality workers, estimates that only 1,000 of its 6,600 hotel members are back at work. But not offering Marriott Copley workers — who aren’t part of the union — a chance to get their jobs back is “completely unacceptable,” said Local 26 president Carlos Aramayo.

More than 230 workers — some of whom have been at the hotel for more than three decades — and about 30 managers were terminated by the Marriott Copley, according to Local 26 estimates, and a group of employees recently sent the company a letter demanding that they be first in line for their jobs once demand returns and that they receive one week of severance pay for every year of service, in line with past practices. (Current offers were capped at 10weeks, instead of the previous 26.)

“They feel that they’ve been thrown out on the street, effectively, in the middle of this crisis,” Aramayo said.

The Marriott Copley Place’s general manager, Alan Smith, said the hotel is available to address employees’ questions and provide support. “Our hotel has experienced unprecedented business impact due to the pandemic,” he wrote in an e-mail. “Throughout this timeframe, we have maintained open communications with our valued employees. Many are now reviewing severance offers, which are competitive within the industry.”

Tchoumi, the concierge attendant, was offered eight weeks of severance for her 17 years of service. She is the only source of income for her family, she said, and her unemployment is about to run out; the rental income from her family’s house in Lynn has also disappeared because their tenants can’t pay. Continuing to send money to her family in Cameroon, where a civil war is raging, is out of the question.

“I am left with nothing — no job and barely enough money to survive,” said Tchoumi, whose son also lost his job setting up meetings at the hotel; her husband retired in January after 18 years of working banquets there. “They told us we were all a family. That is not the way we were treated.”

Three major factors led to Boston’s worst-in-the-nation hotel performance, said Sebastian Colella, a Boston-based vice president at the hospitality consultancy Pinnacle Advisory Group: the state’s harsh restrictions due to the high number of COVID cases early on; the large number of full-service, upscale hotels; and the area’s heavy reliance on corporate travel and group reservations, both of which have nearly evaporated.

Next year, local hotels are expected to be at 40 to 50 percent occupancy, about half of normal, Colella said, and they won’t fully bounce back to pre-pandemic levels for four to five years.

Maryann Silva, a 63-year-old banquet server who worked at the Ritz-Carlton for 19 years, is worried that, when the hotel reopens, she will be among the last hired back because weddings and other big events aren’t likely to come back anytime soon. If she isn’t rehired, she’s doubtful she could find a job making anything close to her Ritz salary — if she’s able to find work at all.

Silva, a Dorchester native, is considering selling her condo in Lynn, where she lives with her 97-year-old mother, and moving to a less-expensive state. As a union member, Silva has a one-year right of recall to get her old job back, but that deadline, in March, is looming. “Every night as I put my head on the pillow,” she said, “I worry.”

Local 26 is pushing for legislation that would allow Massachusetts cities to adopt a law giving hotel employees and Logan Airport food and retail workers who were laid off during the pandemic first dibs when their positions return. Similar ordinances have been passed in several cities around the country, including Providence.

Aramayo, head of the local hospitality workers’ union, worries that companies could be using the pandemic to overhaul their workforces, bringing in younger workers or subcontractors who make less money. Economic downturns often bring about efficiencies that lead to fewer jobs, Aramayo acknowledges. But most of the jobs will return, and those workers — many of them older, first-generation immigrants with limited education who may struggle to find decent jobs elsewhere — should be reinstated, he said.

“This is a big problem for our industry,” he said, “but also for working-class Black and brown communities, immigrant communities, women in the workforce. It’s a real issue.”

Paul Sacco, head of the Massachusetts Lodging Association declined to comment on the union’s assertions. “Right now it’s very difficult to forecast the future,” he said.

At the Marriott Copley, all 47 workers were let go at the still-shuttered Champions Bostonsports bar, according to the union. A bartender who had been there for more than 15 years, an immigrant like many of the bar’s employees, said he was told that if the restaurant reopens, he would get his job back, but it was never put in writing. “My hands are still shaking because I can’t believe they did this to us,” said the bartender, who asked not to be identified out of fear it would hurt his chances of being rehired.

After 26 years on the job, Marriott Copley senior housekeeper Elizabeth Morales, 50, was offered 10 weeks of severance pay. Morales, who has asthma and is afraid of contracting the coronavirus, doesn’t know where else she can find a job that pays $25 an hour. She and her sister have been keeping up on their mortgage in Revere, though Morales’s unemployment assistance is about to run out and her sister’s restaurant job has been cut back.

“I feel betrayed,” said Morales, who is from El Salvador. “We spent holidays in the hotel that we didn’t spend with our family. . . . We stayed during snowstorms to work.” 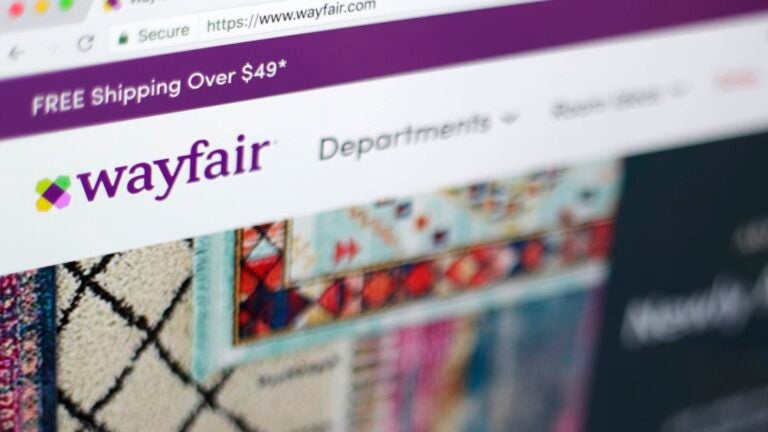