With more than four million visitors in 2021, Acadia National Park was one of many national parks that saw a surge of visitors during the second year of the COVID-19 pandemic.

That said, there are a couple of locations in the 48,000-acre park that qualify as “hidden gems,” according to The New York Times.

If you want to avoid the summer crowds while still experiencing the magisterial wildlife and scenic seascapes of Acadia National Park, the Times recommends Schoodic Peninsula, a small section in Winter Harbor representing the only portion of the park located on mainland Maine. The highlight of the peninsula is Schoodic Point, which is accessible by foot, car, or bike at the tip of a 4.3-mile loop trail.

Also recommended by the newspaper is the remote Isle au Haut. Located 25 miles southeast of the well-trafficked Mount Desert Island and reachable only by ferry, Isle au Haut’s 18 miles of trails offer a more challenging trek along the park’s shores.

If you’re still set on checking out the busier portions of Acadia like Mount Desert Island — home to popular attractions Sand Beach and Cadillac Mountain — Friends of Acadia chief executive Stephanie Clement told the Times that aiming for an early morning or late evening visit is advisable.

“Sand Beach is divine both early in the morning and right around sunset,” Clement said. 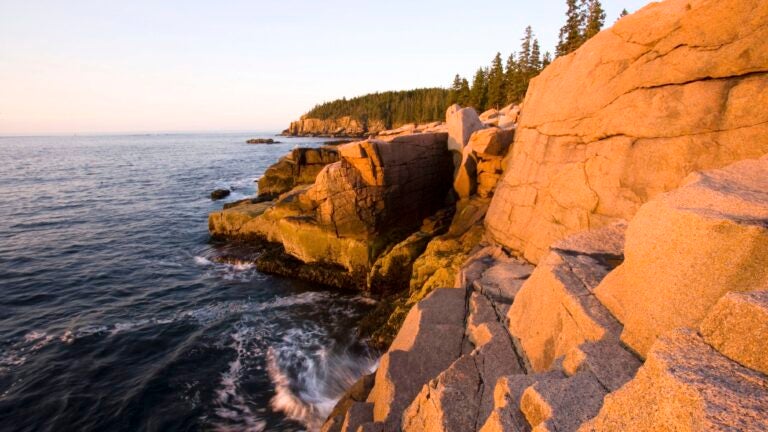 Illegal camping at Acadia National Park is on the rise