On July 28, Three Dollar Deweys — a Portland, Maine, bar in operation for almost 40 years — abruptly announced its shutter via a posted sign from co-owners Sandra Marston and Donald Berry. Regulars of the treasured beer bar were devastated.

But Deweys, which initially opened in 1980, has been given a new chance at life: On Wednesday, it was announced that Maine entrepreneur Joe Christopher had purchased the business and will reopen it in spring 2019. Christopher, who owns whitewater rafting company Three Rivers Whitewater, said the competition to purchase the property’s lease was fierce, but he was beyond excited to make it happen.

“I’m in my mid-40s, but if you had been hanging out in Portland for the past 40 years, you were a patron of Deweys,” said Christopher, who would often meet with business partners and vendors at the bar. “It’s a classic, iconic brand.”

Georgia Griffin and Alan “The Beer King” Eames opened Three Dollar Deweys in 1980, at at time when Portland’s Old Port neighborhood was rapidly developing. After Griffin and Eames divorced in 1983, Eames sold the bar to Marston and Berry. In 1995, the bar moved from its original location at the corner of Fore and Union streets to its current address at 241 Commercial St. Throughout its history, Deweys was known for its impeccable selection of beer and a welcoming atmosphere.

Those are traits that Christopher is keen to preserve. The Maine native said that the spirit of Deweys — and its 36 tap lines — will remain intact, with an emphasis on pouring local and international beers. However, he said he will make some changes to both the food and the space. The menu will include more vegetarian and grain-free options, and a made-in-house approach will be applied to the bar food. The bar will also receive some cosmetic updates, with fewer communal tables and more private seating areas.

“It’s a different world than it used to be,” Christopher said, noting that fewer people look for communal seating. “I wish the world was still that way.”

Fans of Deweys will be happy to hear that free popcorn still will be offered at the bar, which Christopher hopes to open by March 1. He’s busy filing applications with the city and obtaining all of the necessary licenses. 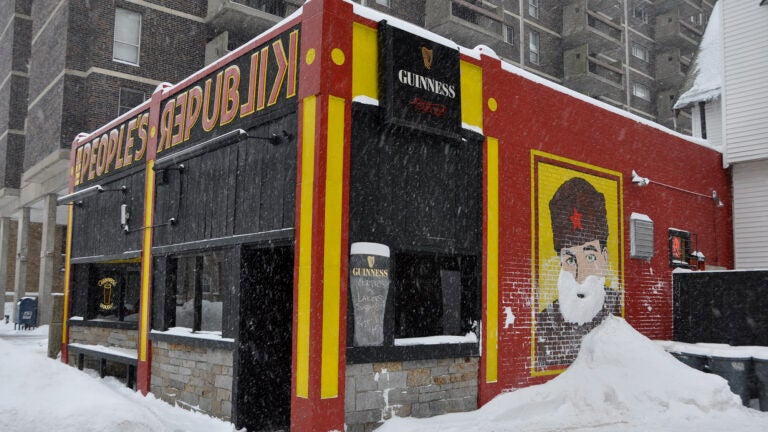