Ski blogger Sam Lozier is spending a chunk of this winter skiing in India.

We were told that a motorcycle, from one of the many shops that rent them, is the best way to get around the . Aware of the snowy-road limitations of a large Royal Enfield, but still intrigued, we headed into town on our second day to see what we could find. It took going to four rental shops, but we finally found a booth that would ignore the price fixing scheme that had been instituted.

Having spent a few days riding a small displacement dirt bike around a sand pit a few years ago, I was the most experienced rider of the group and was sent forward to impress the rental agent with my riding prowess. Despite the weighing about twice as much, and having the shifter on the wrong side, I managed to get it going and do a few laps around the parking lot without stalling.

Allen and Amit, with no motorcycle experience, weren’t so lucky, and the agent quickly discerned that we had a combined total of two days of riding experience between the three of us. “No problem” he assured us, and proceeded to demonstrate all aspects of these quirky, dirty, and unloved machines.

Our 10-minute motorcycle lesson completed, we stepped into his office – a dirty garage with what couldn’t have been more than a four-foot tall ceiling – and began filling out our paperwork. This entailed copying down our passport and visa information, paying half the rental fee up front, and leaving our expired college student ID’s with him as collateral.

With the wind in our hair (they don’t rent helmets), we sputtered and stalled our way around town trying to find maps, a copy of the ski guidebook we somehow left in Gulmarg, and some groceries. Maps were easy to find, but useful maps proved quite hard. The Mountaineering Institute, a large government office down the road from Manali, had copies of the widely-used 1:250,000, devoid of topo lines, trekking map that turned out to be the best and only map of the region. In speaking with a trekking agent back in Manali, we learned that at one point it was possible to buy a 1:50,000 (actually useful scale), topo map produced by the U.S. Army in the 1950’s, but that no one had had copies for years.

The guidebook “Ski Touring in the ”, by Carl Spooner, is a great book, and was our introduction to the region. Like most books however, it is much easier to read if you have it in hand, and don’t, after carrying it all the way from the , leave it in Gulmarg. Not only is it not available for sale anywhere in Manali, nobody at any of the bookstores or trekking agencies that we visited had even heard of it. Frustrated we gave up and headed home, up the traffic clogged hill to Vashisht on bikes we could barely ride.

Read and see more of Sam’s work at www.famousinternetskiers.com 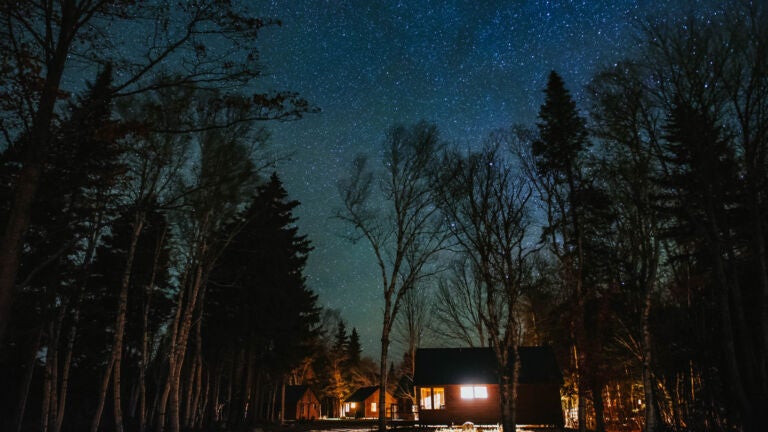 Skiing hut-to-hut in the Maine wilderness