The North End, Boston’s “Little Italy,’’ is famous for its Italian food and feasts. It is Boston’s oldest neighborhood, a one-square-mile waterfront community not far from Faneuil Hall with a population of about 10,000. Haven’t been there? We give you five reasons to walk its cobblestone streets.

The North End, settled in the early 1600s by the English Puritans, is the oldest neighborhood in Boston. Copp’s Hill Burying Ground contains more than 2,200 markers, the earliest dating back to 1661. A large part of the Freedom Trail runs through the North End. It is also home to the Paul Revere House. Revere, a Revolutionary War patriot, is famous for his ride from Boston to Lexington and Concord to warn the Patriot leaders that the British were coming. Sexton Robert Newman hung the lantern signal for Revere’s ride at Christ Church (commonly known as the Old North Church), which was founded in 1722. The church boasts the oldest set of change ringing bells in North America. The 1713 Clough House is one of Boston’s oldest surviving brick residences. Once there, don’t forget to indulge in 18th-century chocolate at Captain Jackson’s Historic Chocolate Shop. 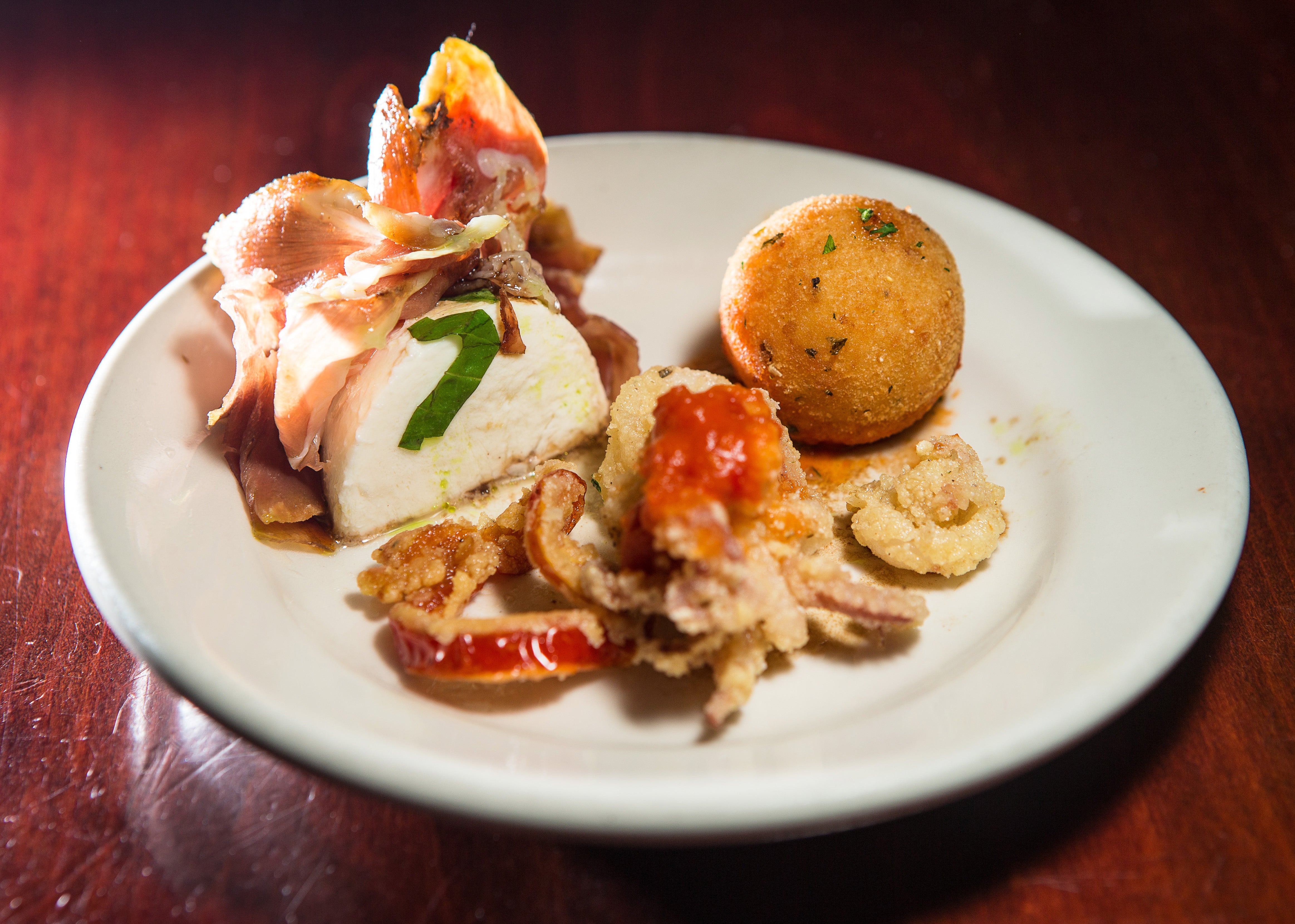 A plate of mozzarella and prosciutto, crispy garlic calamari, and arancini at Bacco Ristorante in the North End.

Visitors flock to the North End largely to eat. With around 100 restaurants and bakeries to choose from, there are plenty of options. Most of the cuisine is Italian. Choose from a large and loud restaurant with strolling singers or linger in the quiet corner of a tiny eatery that offers just a handful of tables. Here is a list of North End retaurants. If pizza is your fancy, check out the famous Regina Pizzera, which has been serving up slices of pizza since 1926. Oh, and a delicious dessert from Mike’s Pastry or Modern Pastry on Hanover Street is a must.

Hanover Street is the North End’s “Main Street.’’ After you finish your meal, kick back with an espresso and gelato after a stroll down the lively and fragrant street. It is full of countless restaurants as well as boutiques, stores, ice cream parlors, and famous pastry shops (be prepared for lines outside both Mike’s Pastry and Modern Pastry). In the mood for a show? See sketch comedy and improvisation performed at the Improv Asylum. Once you’ve mastered Hanover, explore the side streets and Salem Street, which runs parallel to Hanover. You’ll find coffee, butcher, and florist shops, bakeries, liquor stores, fish markets, and more.

Summer festivals and feasts abound in the North End. Saint Anthony’s Feast is the most popular, which has filled the streets of the North End with colorful food, costumes, and song every last Sunday of August since 1919. It is the largest Italian Religious Festival in New England and was named the “Feast of all Feasts’’ by National Geographic Magazine. The cobblestone streets come alive with parades, strolling singers, pushcarts full of authentic Italian foods, live entertainment, and more. The highlight of the feast is the 10-hour procession of the Statue of Saint Anthony through the streets, complete with marching bands and floats. This year’s feasts will take place between June 1 and October 5. 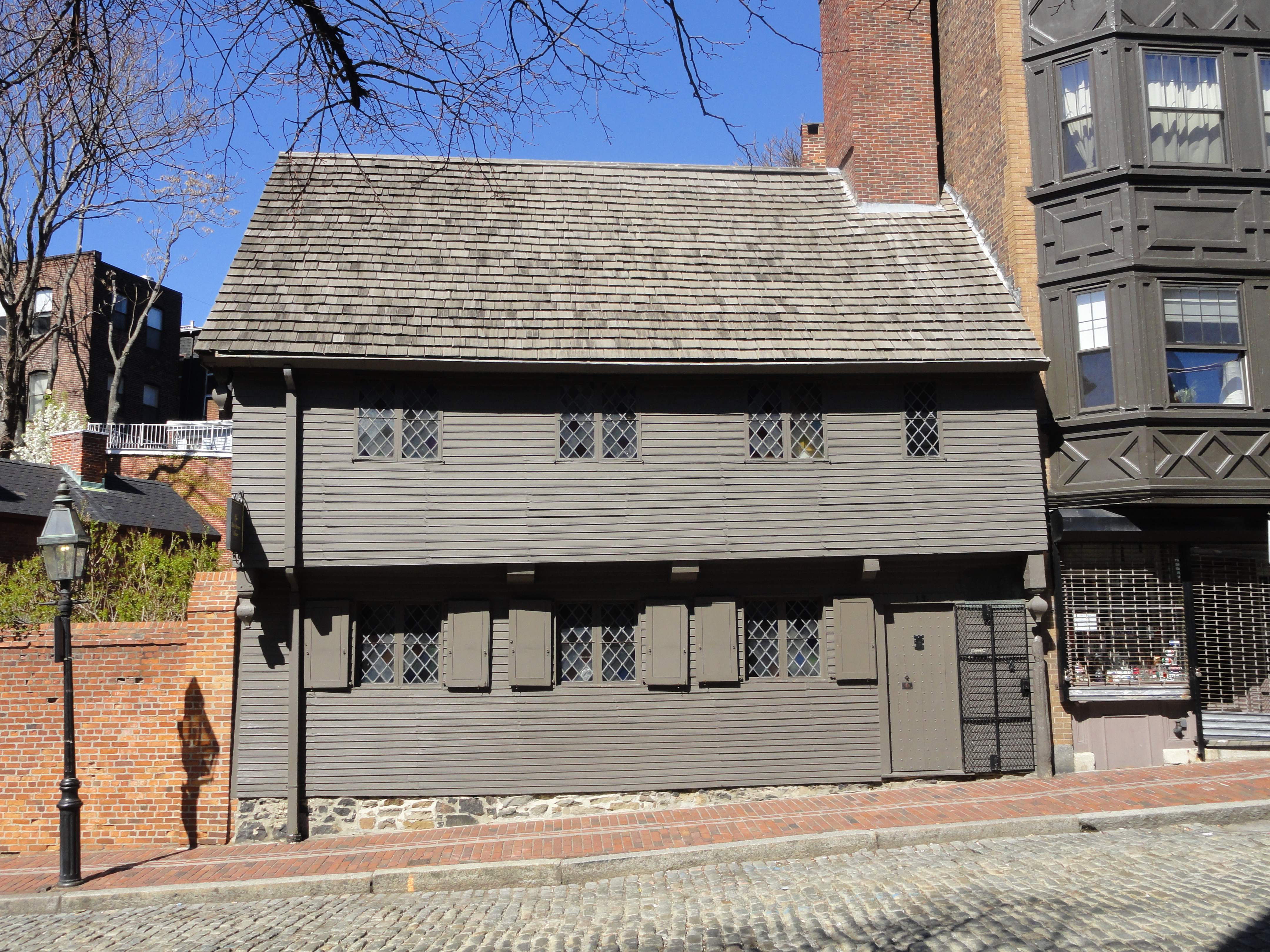 Paul Revere began his famous journey to Lexington from his house in the North End.

Post-Medieval 1620 – 1710Paul Revere House is hard to miss. But take a closer look and you’ll be rewarded with period details such as decorative brackets, pendant ornaments, diamond panes on the casement windows, and decorative nail patterns in the doors. This period of architecture is also known for its beam construction, gables, and overhanging first floors. The Italianate Style 1840-1855former McLaughlin Elevator Building is the oldest cast-iron building in New England. It now houses condominiums. The early Georgian style of Old North Church echoes the style of the London churches designed by Christopher Wren. The Moses Pierce-Hitchborn House, built between 1680 and 1710, is the earliest brick townhouse remaining in New England. It is now a museum. 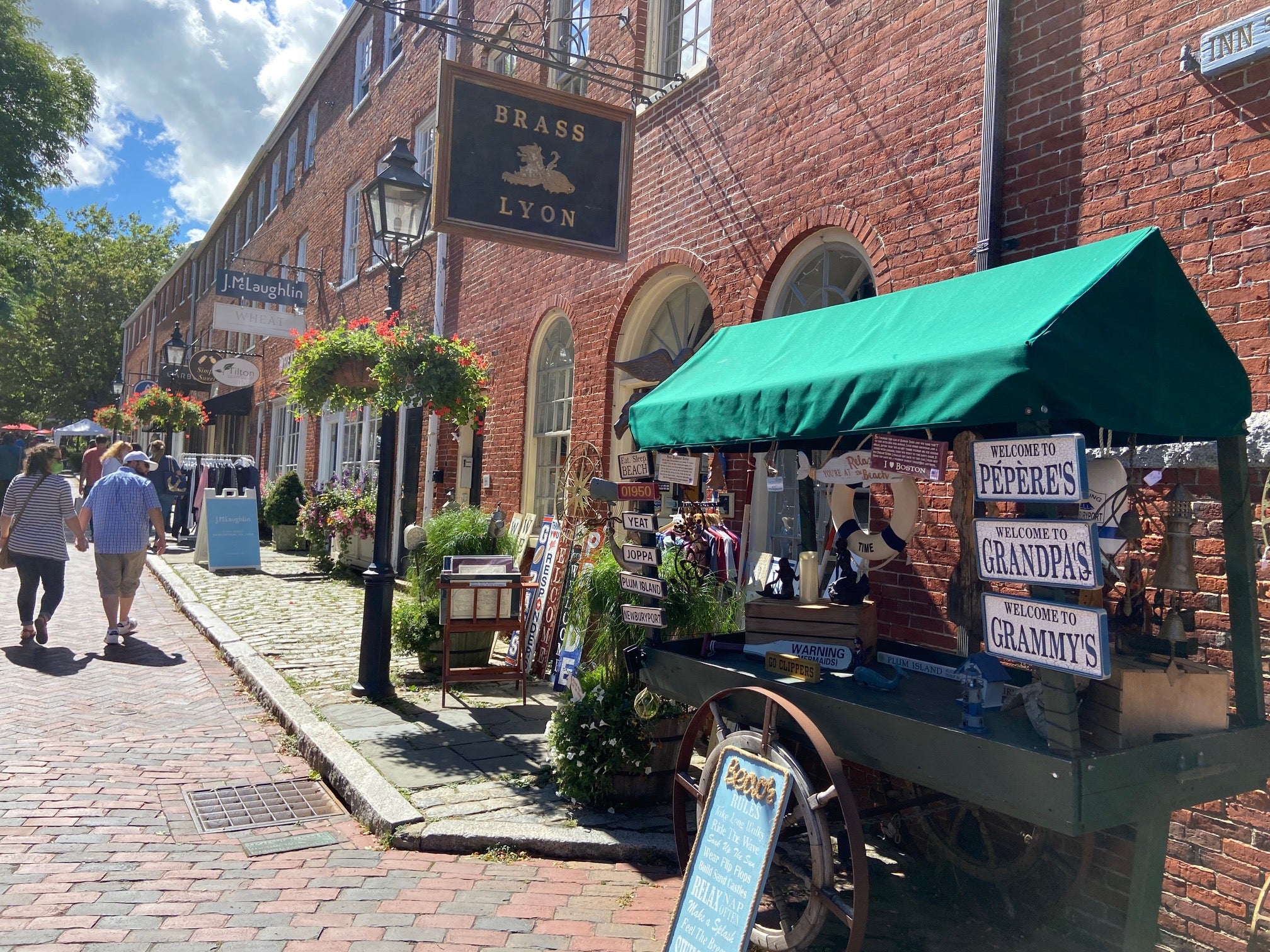