At the end of each May and early June, big white tents around Boston pop up out of nowhere and, just as fast, they come down. Graduation ceremonies and celebrations come to end and urban dwellers release a collective sigh of relief as the college students flee the city for the summer. City residents are offered a short reprieve from all that comes along with being a college town – the good and the bad.

While we will always welcome and are grateful for the massive influx of talented, smart, creative, and scholarly students each September, we also can’t help but relish the summer months in our amazing city as if we just temporarily changed our Facebook status to single. All animosity removed, we are now innocently “taking a break’’ from our typically younger nomadic city-mates.

The summer “break’’ makes navigating the city at rush hour just a bit easier. There seems to be less honking and more parking spaces. The cafes on Newbury and restaurants on Boylston seem to always have one last open table available to watch the passersby carrying more Let’s Go! and Zagat guides and fewer backpacks, bikes, and laptops. That being said, I do miss the overheard conversations at Trident on Newbury or across the river at 1369 in Central Square transform from discussing the fall of the Berlin wall and the pros and cons of NFC mobile payment systems to a more lighthearted discourse regarding the congestion at Logan and the difficulty getting a reservation on Saturday night at Island Creek, Mistral, or Cinquecento.

The Boston Common seems to have more space to curl up on a blanket with that special someone to read the Sunday Globe or nap on a lazy and sunny Sunday afternoon. Ironically, the summer months offer better people watching opportunities but also more requests for directions to Cheers or Faneuil Hall (where you will seldom find a local). They are inherently not bad places but generally speaking, they are filled with tourists looking for Sam Adams or Paul Revere or a crock of baked beans and a wicked awesome lobstah roll.

The T at rush hour is often less congested during the summer months and sometimes you can actually find a place to sit. It smells the same but there is a plan to fix that. The Laundromats actually have available dryers and it’s almost unheard of to find your clothes on an empty seat or table when you return.

Even running down Comm. Ave. by B.U. is more of a smooth sprint instead of the typical giant slalom in full contact gear during the school year as you weave in and out of students, bikes, cabs, delivery trucks, and the occasional protest.

Life in the city is different during the summer. It’s not better; it’s not worse. It’s just different.

In my many years as a year-round city dweller, one of my favorite summertime loves was the late afternoon solace you can find on a front stoop, roof-deck, or back fire escape. That time when the tourists have headed back the hotel to freshen up for dinner and there is a gentle calm that envelops the city. It quietly but assertively hums during its transition from the daytime duckboat tours to its impending nightlife just a few hours later. The city becomes wonderfully peaceful at that time: the birds chirping, the distant wail of an ambulance or the whirl of a Coast Guard helicopter practicing landings on the helipad at MGH, or the beeping of a Brookline Ice truck as it backs down Washington Street with a summer load of ice to keep the nighttime cocktails cold and the Downtown Crossing street carts stocked.

When the sun sets, you might get ready for dinner or maybe to go hear some music out at Harper’s Ferry (aahhum… I mean The Brighton Music Hall) or Wally’s Jazz Club or maybe even to see a show at the Wang. The city is perpetually brimming with culture, music, food, and opportunity. That doesn’t change and neither does getting a cab back downtown even from Brighton during the summer months – and it can be even more difficult as the temperature rises.

While I most certainly enjoy alone time with my city while “my other half’’ is off for the summer, I can’t help but feel they miss out on some of the best that Boston has to offer during their time away.

They miss out on the frog pond, lazy summer afternoons on the Common, harbor cruises out of Long Warf and the dreaded Codzilla! They miss out on Scooper Bowl, Shakespeare on the Common, Harborlights shows (there I go again – now Blue Hills Bank Pavilion), and nights out on the roofdecks at Legal Seafood’s down the Seaport, Rattlesnake in the Back Bay, and the Baseball Tavern in the Fenway. They miss out on the pedicabs, baking in the bleacher sun at Red Sox games, 4th of July on the Esplanade and the ensuing fireworks over the Charles, and witnessing the majesty of the U.S.S. Constitution navigating its ritualistic turn-around in Boston Harbor. They often miss the Tall Ships, Jimmy Buffet at Great Woods (there’s no saving me), and nights down at Marina Bay.

I love this city and all it has to offer and teach us all. Come September, it’s for ALL of us to celebrate and share. But until then, I’m going to head out onto the stoop with an iced red Solo cup, watch the sun go down behind the Pru and appreciate every summer moment that this city offers to me.

I’ll see you soon – when the leaves change color or more likely, when one of you crashes your U-Haul truck into the Longfellow on Storrow.

And then I’ll change my Facebook status back to: “It’s complicated.’’ 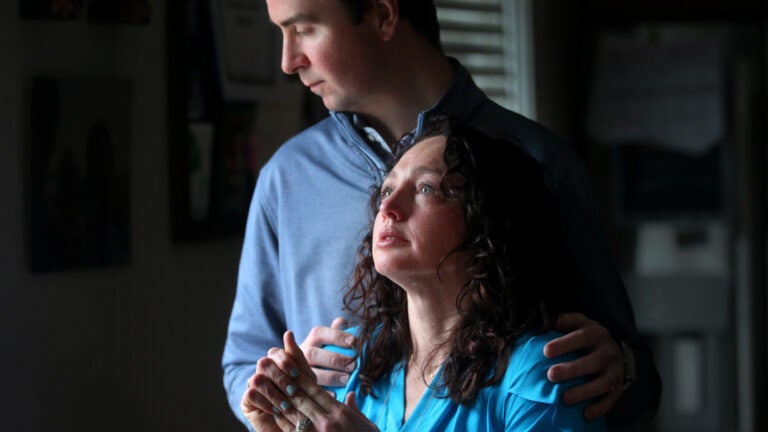