The Patriots are going to the Super Bowl!

Have you booked your ticket to Phoenix yet? The Patriots won’t be playing football the entire weekend. So discover seven non-football things you can do in the Valley of the Sun over Super Bowl weekend. Just don’t forget to wear your Pats gear!

Dine in the Desert: 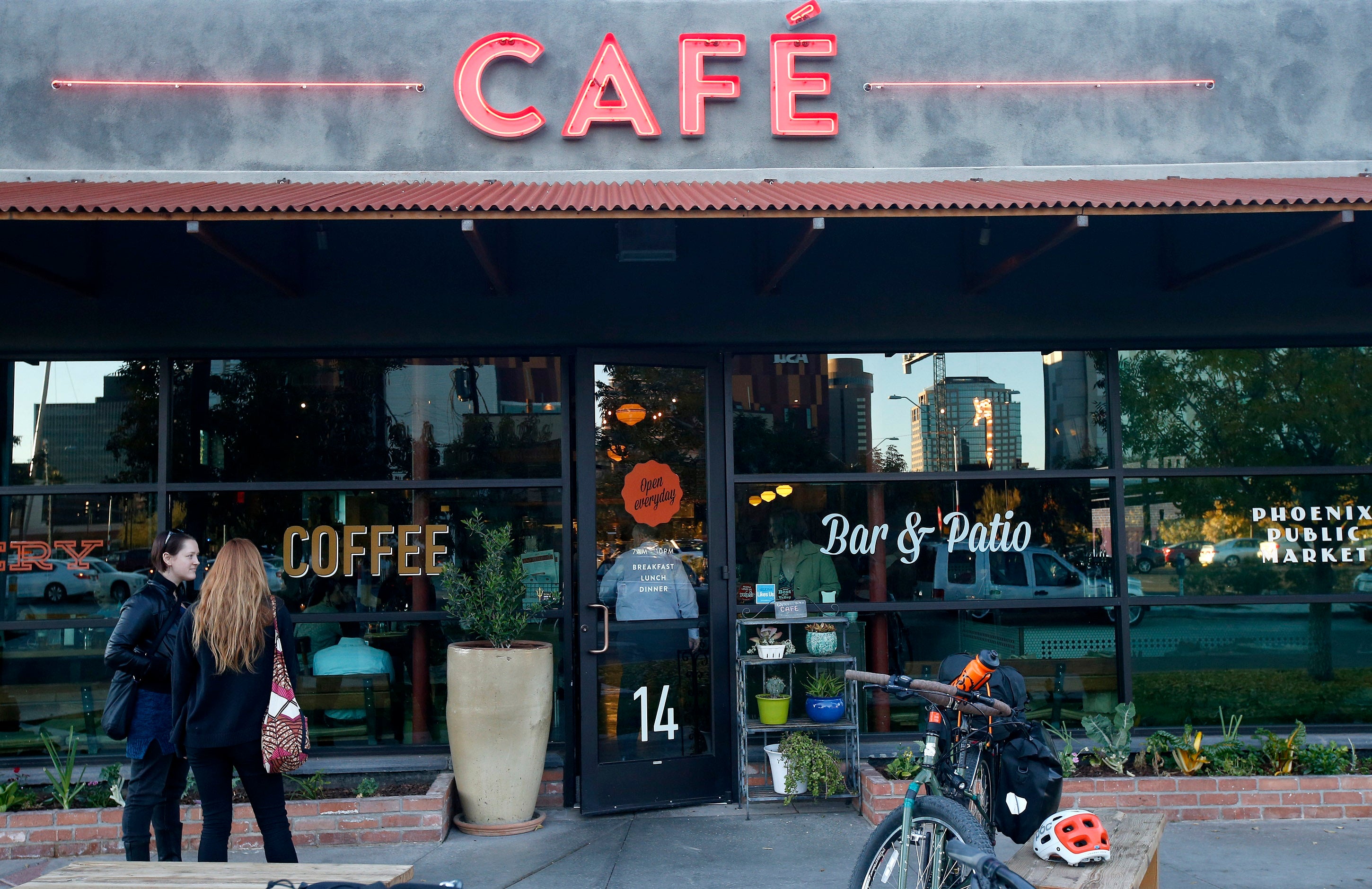 Phoenix is ready to serve hungry football fans. And to prove it, the city has cooked up a special restaurant initiative called DTPHX that will launch Jan. 23 and run through Feb. 1.

Twenty downtown restaurants will offer two signature items for just $5. For example, grab a BBQ slider and any draft beer or house wine at the Phoenix Public Market Cafe, ice cream and nachos at Melt, and a 16-ounce draft and sample of Shepherd’s Pie at The Rose and Crown.

According to the Downtown Phoenix blog, “This program is designed to be a self-guided culinary tour connecting the dots between desired downtown establishments.’’

“You can spend $20 on four restaurants and get eight items,’’ Sara Anderson, events manager for Downtown Phoenix Inc. told the Associated Press. “I think people coming into the Super Bowl will be shocked by the prices.’’

Folks at Short Leash Sit…Stay, famous for its creative hot dogs, are already trying to come up with a New England-themed dog.

“Could we put clam chowder on a hot dog,’’ owner Brad Moore asked a reporter, adding, “But that would be kind of weird.’’

See the complete list of restaurants participating and the food and beverages they will offer.

Jam Out on Instruments: 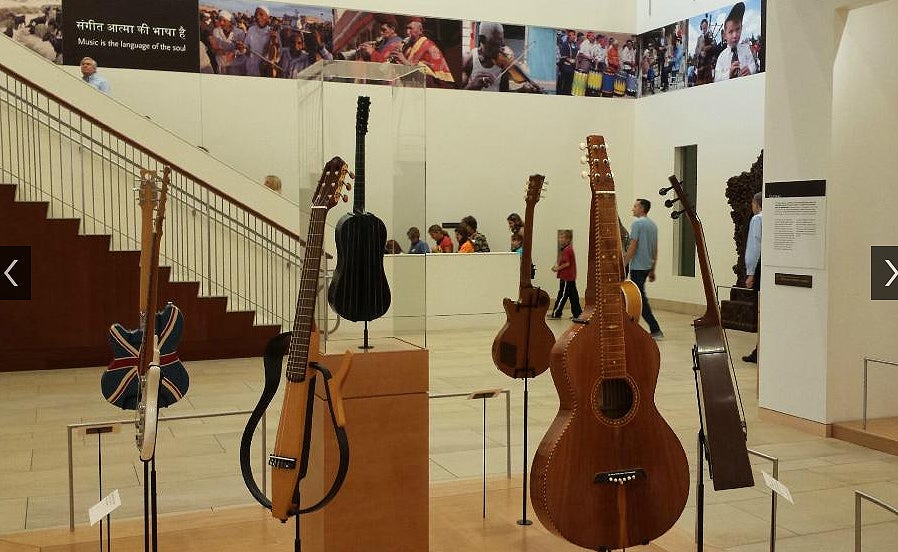 Guitars on display at the Musical Instrument Museum.

Are you a fan of music?

More than 6,000 instruments from around the world are on display at the Musical Instrument Museum, including an hourglass drum that dates back to China’s Neolithic period and a bell from 1659. Check out instruments played by music icons John Lennon, Elvis Presley, Carlos Santana, and more in the Artist Gallery. You can even jam out on instruments in the Experience Gallery.

Take in a Show: 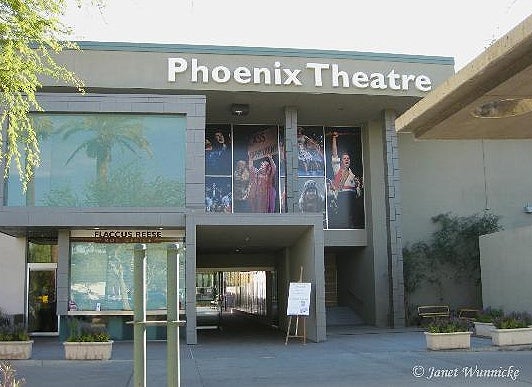 Buy tickets to the Phoenix Theatre and you can say you’ve seen a show in one of the oldest continually operating theaters west of the Mississippi River — it’s been open since 1920. 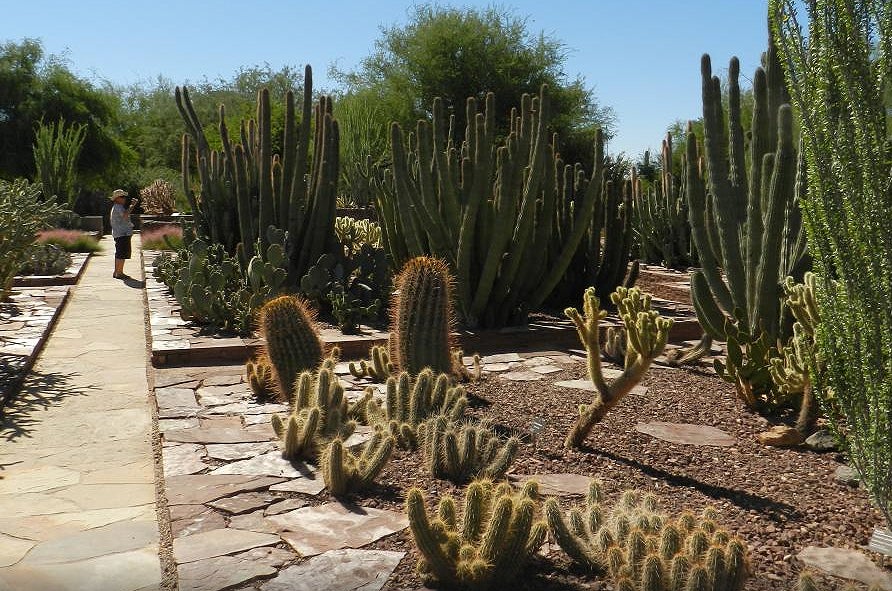 When’s the last time you’ve been to a garden? It’s likely been a while, thanks to our New England temps.

Take advantage of the Phoenix weather (highs this week range between 72 and 78 degrees) and head to the Desert Botanical Garden, where you’ll find 140 acres of beauty. Gaze at more than 50,000 plant displays showcased in beautiful outdoor exhibits. After your tour, eat at Gertrude’s, the garden’s restaurant.

Book a tee time at the city-owned Papago Golf Course, which opened in 1963, once hosted the US Amateur Public Links Championship, and received a $5.8 million restoration seven years ago. The course, located within the scenic Papago Park, offers spectacular views of Phoenix while you play. 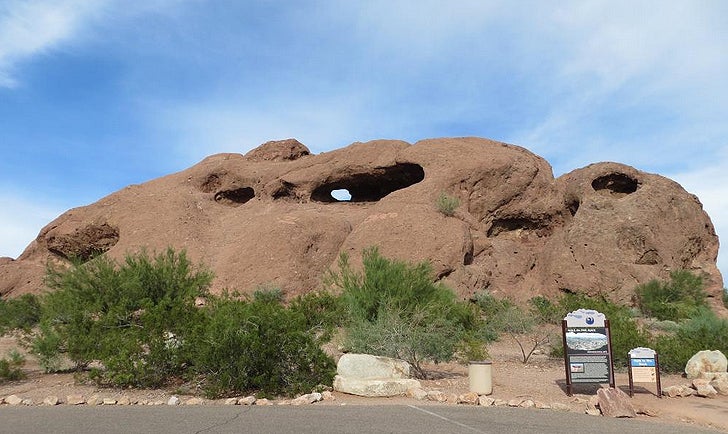 Check out the Hole-in-the-Rock at Papago Park.

Did you know Phoenix was named one of the best hiking cities in America by National Geographic? So pack your hiking boots and get out into the mountain air. Not sure where to go? You can’t go wrong with Arizona Foothills Magazine’s list of the Top 10 Hiking Places in Phoenix. The recommendations include: Sonoran Preserve, Wind Cave Trail, and Papago Park, home of the famous Hole-in-the-Rock.

Go to the Zoo:

Just another day at the zoo.

Spend the day with lions, giraffes, elephants, warthogs, bears, zebras, coyotes, vultures, monkeys, and more. There are more than 1,400 animals at the Phoenix Zoo, including 30 species that are endangered or threatened.

These are the most frequently asked questions of Boston tour guides