PORTLAND, Maine (AP) — High-speed ferry service will return this summer between Maine and Nova Scotia on a vessel that is smaller and faster than one that operated for two financially disastrous seasons.

Mark MacDonald, president of the Canadian company Bay Ferries, said the company will operate a twin-hulled vessel under a lease agreement with its owner, the U.S. Navy.

The ship, USNS Puerto Rico, can make the 212-mile trip in 5 1/2 hours. The Nova Star, which ended service in October, took 11 hours to make the crossing.

The vessel is similar in size and operation to a pervious high-speed ferry that Bay Ferries operated on the same route from 2006 through 2009. That vessel was also called the CAT.

The Navy ship will be renamed the CAT.

“Yes, the CAT is back,” MacDonald said during a news conference Thursday in Halifax, Nova Scotia.

In the one-year charter agreement signed with the Navy on Thursday, the Navy retains the right to take back the ship at any time. MacDonald said he doubts that will ever happen.

He said the Puerto Rico will be configured to carry between 700 and 750 passengers. It can carry 280 cars. It previously operated as a ferry in the Hawaiian islands under name Alakai.

The service will begin on June 15, MacDonald said. It will depart Portland daily at 2:30 p.m. and arrive in Yarmouth at 9 p.m. After spending the night in Yarmouth, the ferry will depart for Maine at 8 a.m.

The Nova Scotia government will provide a subsidy of just under $33 million (Canadian) over two years, according to a 10-year agreement.

The Puerto Rico is 349 feet long, considerably smaller than the 528-foot-long Nova Star. Its maximum speed is 40 mph, compared with the Nova Star’s 24.6 mph.

Experts in the ferry business say service on the route has a better chance of success with a smaller vessel that is less expensive to operate and can make the crossing faster.

“More importantly, the crossing time gives it a unique selling point that the Nova Star didn’t have,” he said.

Bay Ferries is well-respected, knows the market and has connections in the tourism industry, all of which will be needed to help the company make up for the short notice before the season begins, said Darrell Bryan, CEO of Interferry, an international trade organization for the industry.

“It stands a far better chance of making it a successful operation,” he said.

Nova Scotia canceled its contract with Bay Ferries after the 2009 season because officials complained its requested $6 million annual subsidy was too high.

Its replacement, the Nova Star, was far more costly.

Maine Sen. Angus King, an independent, and Rep. Chellie Pingree, a Democrat, first called the head of the Military Sealift Command in December and urged officials to work within their existing statutory and policy guidelines to give help making the surplus vessel available for lease.

The province spent $28.5 million (Canadian) for the service in the Nova Star’s first season in 2014. Last year, the government limited its subsidy to $13 million, equal to nearly $10 million (U.S.). The service’s financial troubles led a federal court to order the seizure of the Nova Star in October after several companies complained that they were owed more than $3 million. 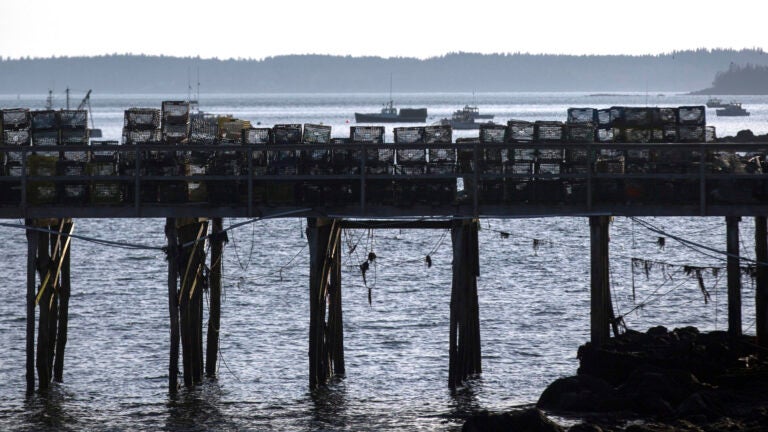 This strange, lobster-fueled border dispute off Maine has been simmering long before Trump