This year, you can anticipate seeing the highest number of Thanksgiving travelers since 2007, AAA recently warned. Nearly 1.1 million Massachusetts residents are expected to travel this holiday, which is a 4.7 increase from last year. Of these travelers, about 950,000 will drive, up more than 5 percent from last year.

Meghan Kelleher, a spokesperson for the traffic app Waze, offered some insights based on 2015 Waze data about what will likely be the best times to leave the Boston area and return post-holiday in order to avoid as much traffic as possible.

Kelleher said, based on data from last year’s traffic-filled days, Tuesday and Wednesday are the worst days to leave if you’re driving. She also noted that, nationally, the Wednesday before Thanksgiving had one of the highest number of drives to the airport and bus stations. Sunday was also very high.

So if you don’t have too many miles to drive to your destination, getting up early on Thanksgiving might be your best bet.

You might also want to take into consideration your specific route out of the city.

Last year, Mayor Marty Walsh announced a partnership with the City of Boston and Waze in order to help improve traffic throughout the city. According to Waze data put together by Boston’s Department of Innovation & Technology, the Tuesday before Thanksgiving had the worst traffic around the holiday, with 9,323 jams auto-detected by Waze across the city. The Monday before Thanksgiving had 8,605 jams, and Wednesday had 7,582 jams, according to the data.

The Department of Innovation & Technology also determined the specific streets that had the most number of jams. On Monday, Harvard Street had the most jams in the city—78 jams—while Massachusetts Avenue and Dorchester Avenue fell close behind.

Though these jams are indicative of traffic, Alex Chen, who works in analytics for the City of Boston, said, “there are a variety of other factors affecting drivers’ experiences, such as the speed of a jam or how many drivers drive through a jam.”

Coming back to Boston after the holiday can also be a tricky endeavor.

“We advocate not to drive on Sunday,” Kelleher said. “[If you must], go very early or very late.”

According to Waze data, the country sees an increase of more than 200 percent in traffic alerts on Sunday between 11 a.m. and 6 p.m.

That said, based on Waze’s data, Waze does recommend traveling home the Monday after Thanksgiving. 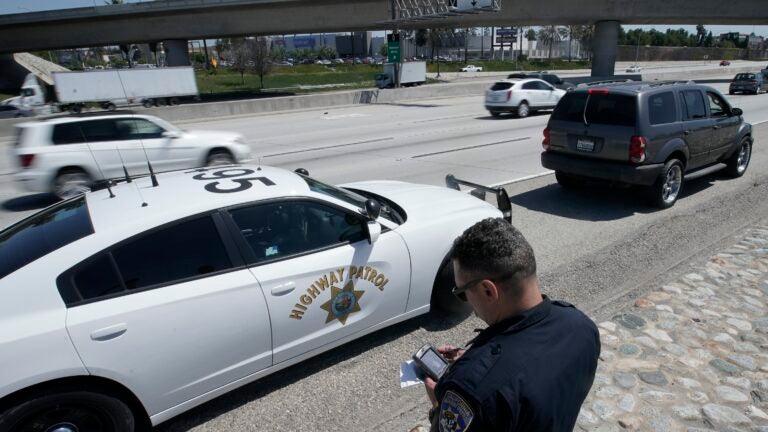 Pandemic set off deadly rise in speeding that hasn't stopped