If there’s ever a time of year to plan some foodie trips in New England, it’s summertime. And if there’s ever someone to trust with your restaurant itinerary, it would be the chefs you already know and love.

With this in mind, we picked the brains of some local chefs — all of whom have either been nominated for or won James Beard Awards, among other recognitions — about their favorite food cities in New England.

These recommendations come from Joanne Chang, chef behind the Flour Bakery empire and the South End’s Myers + Chang; Irene Li, the youngest member of the sibling trio behind the Mei Mei food truck, restaurant, and shipping container; Tony Maws, chef at Craigie on Main and the Kirkland Tap and Trotter in Cambridge; Juan Pedrosa, chef at modern supper club-style Yvonne’s; and Ana Sortun, chef at both Oleana and Sofra Bakery & Cafe in Cambridge, and Sarma in Somerville. Every chef with whom we spoke recommended Portland, individually and unprompted. Altogether, they named enough spots that we ended up giving Portland its very own article — but here are a couple of the most-praised restaurants.

Eventide Oyster Co.
Your first stop in Portland should be Eventide Oyster Co., according to everyone. Everyone: Chang, Li, Maws, Pedrosa, Sortun, as well as Eater National, Saveur, Food & Wine, Bon Appétit. The restaurant is known for oysters and classic seafood dishes with a twist of Asian influence. And if your schedule doesn’t allow for a Portland getaway this summer, don’t fret; a second location is in the works for Boston’s Fenway neighborhood. (86 Middle St.)

Standard Baking Co.
There was a similar chorus of recommendations for Standard Baking Co. The family-owned mainstay opened in downtown Portland in 1995, focusing on breads and pastries made with organic grains and flour. (75 Commercial St.) 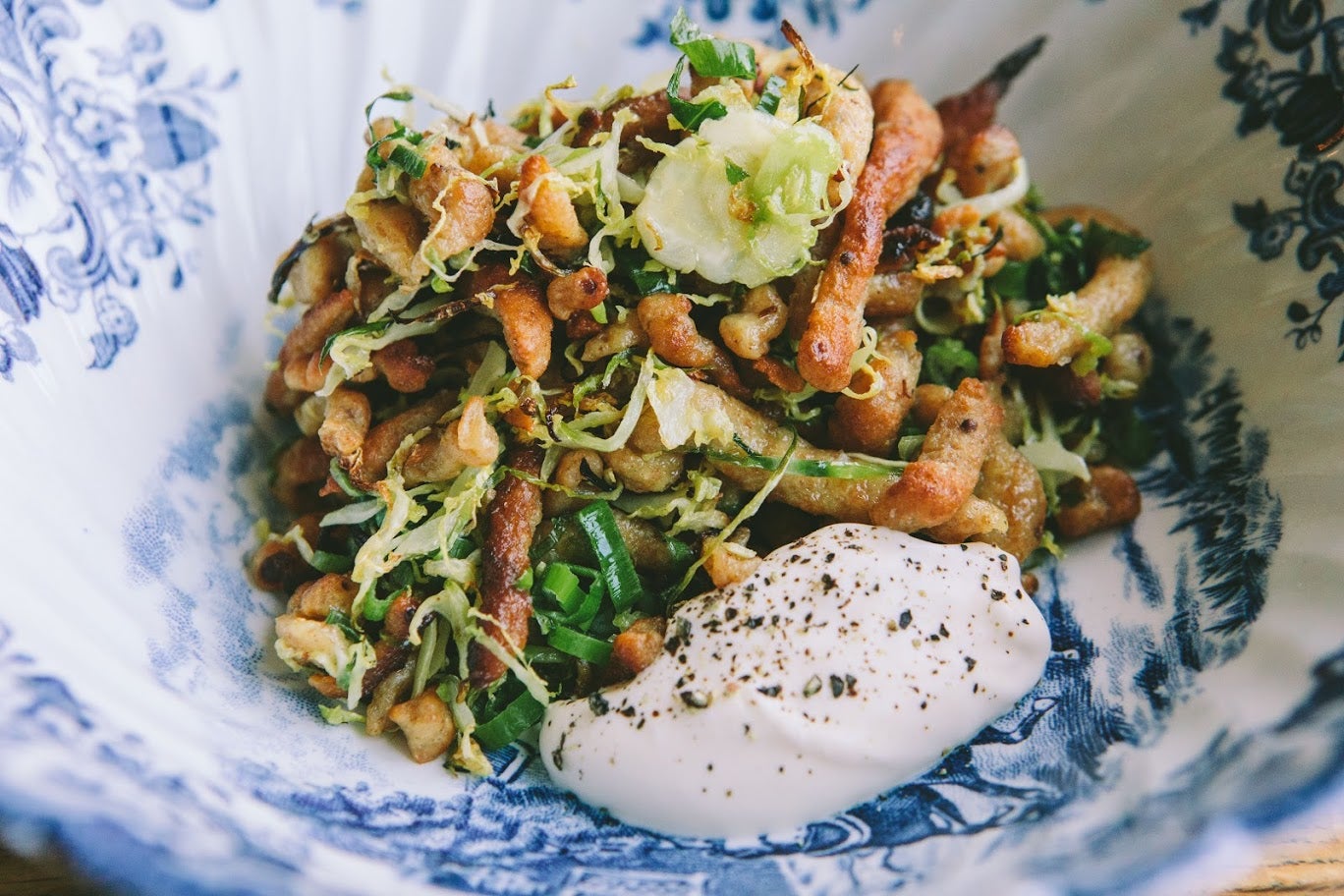 Worcester’s food scene has been getting “well-deserved” attention recently, Li said. Indeed, The Boston Globe wrote about the city’s blossoming culinary reputation over the last decade and past few years in particular. The article’s noteworthy mentions include authentic Neapolitan pizzas at Volturno, house-cured bacon “candy” at the bacon-centric Hangover Pub; artisanal cupcakes at cafe and bakery Sweet; and Deadhorse Hill and Armsy Abbey — both favorites of Li.

Armsby Abbey
Named the best beer bar in the state by CraftBeer.com, Armsby Abbey combines farm-to-table food with an impressive selection of spirits and beers. Stout fans should note that Armsby Abbey even has a “Stoutfest” weekend each year in April to celebrate the dark, malty beer. (144 North Main St.)

Deadhorse Hill
A couple blocks away, Deadhorse Hill is a casual café during the lunch hour that shifts to an a-la-carte and tasting-menu restaurant for dinnertime. The café-restaurant serves up seasonal American cuisine with a focus on locally sourced ingredients. Chef Jared Forman is “super talented, and what they’re doing over there is really unassuming and very approachable, for anyone in Worcester who maybe isn’t super experienced with fine dining or casual fine dining,” Li said. (21 Main St.) Maybe it’s the city’s revitalization as an arts hub or its renowned Johnson & Wales culinary program. Whatever it is, New England foodies rave about the Ocean State capital’s restaurant scene — and Li is in agreement.

North
The Asian-inspired food at this Federal Hill hideaway is spicy and funky, according to Li, who is also a fan of North Bakery, the restaurant’s sister located a block away. “I would go eat dinner somewhere else, and then before coming home, I’d be like, ‘Maybe I’ll just swing by North!’” she said. “And then hours later, I’m like two orders of dan dan noodles and three cocktails into a second meal there.” If that’s not enough of an endorsement for you, the Globe’s food critic said North’s food “blows [her] mind.” (3 Luongo Memorial Square)

Birch
The 18 seats at Birch are situated around a U-shaped counter, creating an intimate dining experience for the $49 four-course meal. “My boyfriend has a habit of taking a bite of something and then putting his head down on the bar because it’s so delicious,” Li said. “That’s a common sight for us.” (200 Washington St.)

Oberlin
Birch’s casual, a-la-carte sister restaurant, Oberlin has a particular gift when it comes to crudo, according to Li. “You eat the seafood or the fish or whatever it is, and you’re like, ‘Wow, that’s what it’s really supposed to taste like,’” Li said. (186 Union St.) 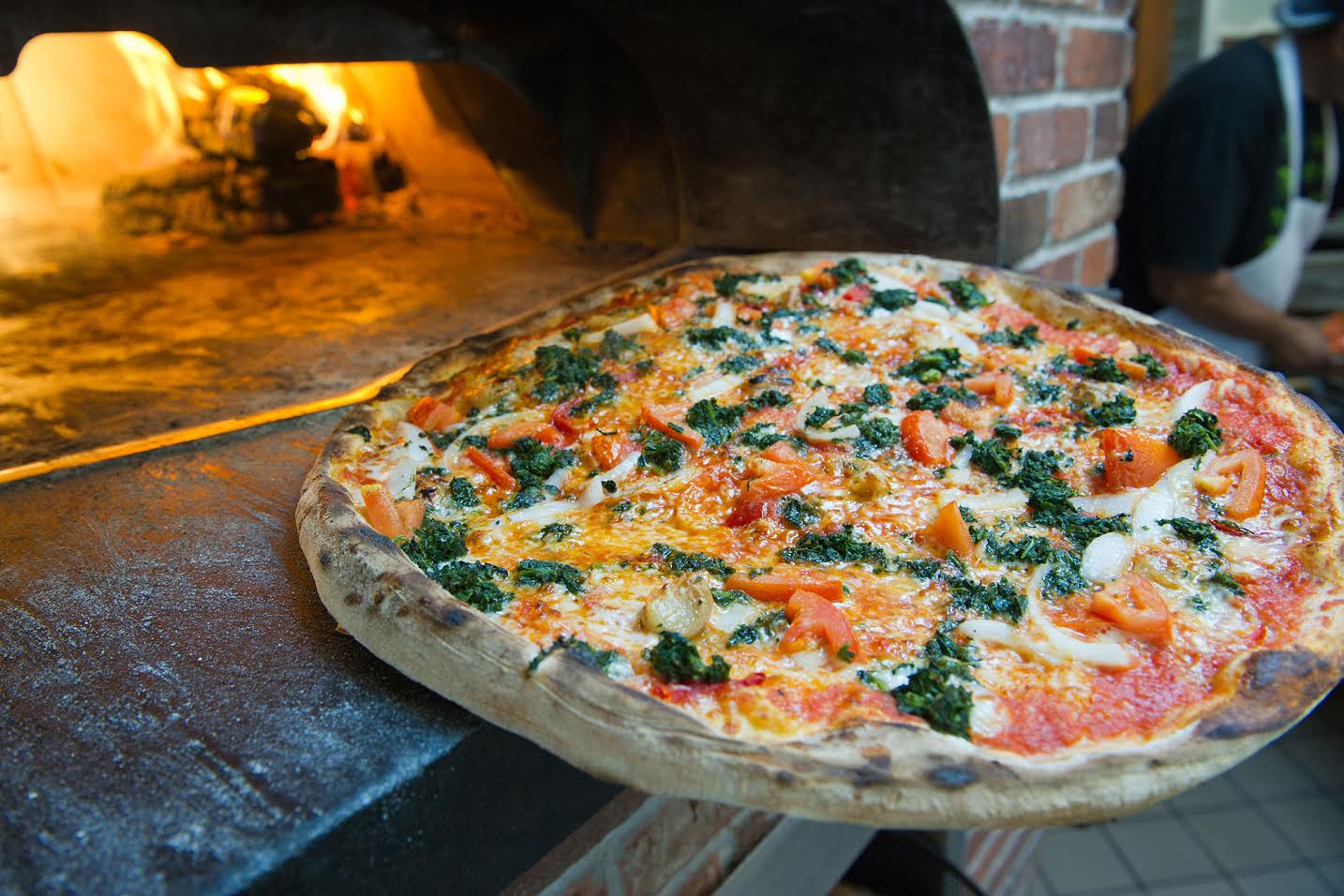 Many purveyors for Boston’s hottest restaurants also make stops on Nantucket. The island’s small farms and climate are ideal for the restaurant scene, according to Pedrosa, who used to work on Nantucket. “It’s a fun experience that I think is still kind of untouched for a lot of people in New England,” he said. The travel expenses don’t have to be sky high, either. Take the CapeFlyer train from Boston to Hyannis ($40 round-trip), or take a bus to keep it especially cheap; then hop on the traditional (slower) ferry from Hyannis to Nantucket ($18.50 each way).

Lola 41
The name references the 41st parallel north, meaning that the restaurant spans a wide variety of cuisines along that latitude, including a popular sushi program. Lola 41 is also known for its burger, which has Cabot cheddar, red onion compote, and a foie sauce, Pedrosa said. The cuisine is also now available just a degree of latitude north: Lola 41’s sister restaurant opened in the Seaport under the moniker Lola 42. (15 South Beach St.)

Pi Pizzeria
This happening spot serves up thin-crust wood-fired pizza and mozzarella sticks, among other Italian staples. “When they start doing late-night in the summertime, you will see everyone on that island at Pi Pizza,” Pedrosa said. (11 West Creek Road)

Something Natural
Known for its freshly-baked bread, this sandwich shop and bakery dishes out sandwiches so ginormous you can’t eat a whole one yourself. Staff cut a loaf lengthwise for a full-sized, according to Pedrosa. “You go with a counterpart to attack these grisly sandwiches,” he said. (50 Cliff Road)