“I love the history here,” said Robin Silva, librarian at the Portsmouth Athenaeum. “In some areas, you can just walk into the past and see what it was like in the 19th century.

“We have fabulous restaurants. If you’re a foodie, this is the place to be.”

The city is located only about an hour’s drive from Boston and sees 4 million visitors annually — half of which come in the summer — according to the Greater Portsmouth Chamber of Commerce.

Visiting Portsmouth doesn’t have to be expensive, either. Ahead, discover 20 things to do there for under $20. 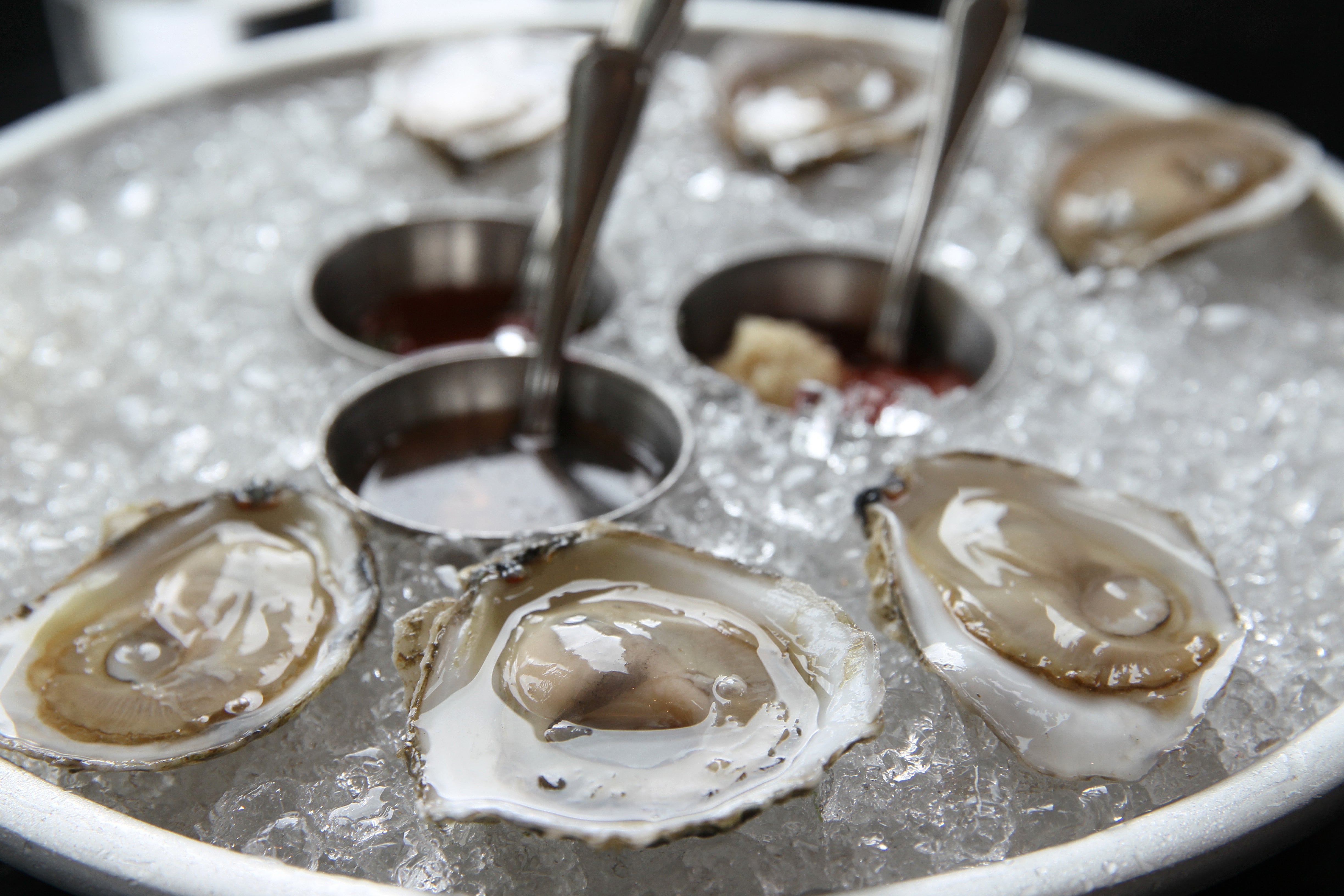 Oyster lovers will love this deal: This Portsmouth seafood restaurant, which you’ll also find in Boston’s Fort Point neighborhood, offers $1 oysters every day until 5 p.m. Pair yours with a glass of wine from the restaurant’s extensive wine list or one of the many craft beers on tap. (5 Portwalk Place)

2. Take a tour of the Portsmouth Brewery

Named among the best ice cream places in the U.S. by Food & Wine magazine, this popular spot on the waterfront offers more than 30 regular flavors, as well as rotating seasonal options. The magazine’s favorite is New Hampshire pure maple walnut. (49 Ceres St.)

In the mood for Mexican? Dos Amigos Burritos has a $2 taco special on Tuesdays and a $5 burrito special on Mondays. The eatery uses all-natural and hormone-free chicken and steak. Custom-make your meal by choosing from a long list of add-ons that includes pulled pork, fresh garlic, organic tofu, avocado, and sweet potato. (107 State St.)

“It’s more than just a discount book store,” said owner David Pelletier. At this two-for-oner, which received a certificate of excellence from TripAdvisor, you can take a seat and order a beer, wine, or coffee while browsing new and used books that are 50 to 70 percent off. You’ll also find poetry readings three nights a week, and live music. (40 Pleasant St.)

This popular breakfast spot earned a certificate of excellence from TripAdvisor and is known for its very large pancakes and homemade cinnamon swirl French toast. If you’re in the mood for eggs, try the Eggs Irish. “It’s like [an eggs] Benedict, but with our house-made corned beef hash instead of Canadian bacon,” said waiter Johnny Miley. (105 Daniel St.)

7. Get a cup of joe at Breaking New Grounds

Grab a table outside, and enjoy a morning coffee and pastry while people watching. This shop, in Portsmouth’s Market Square, was awarded a certificate of excellence from TripAdvisor. (14 Market Square) 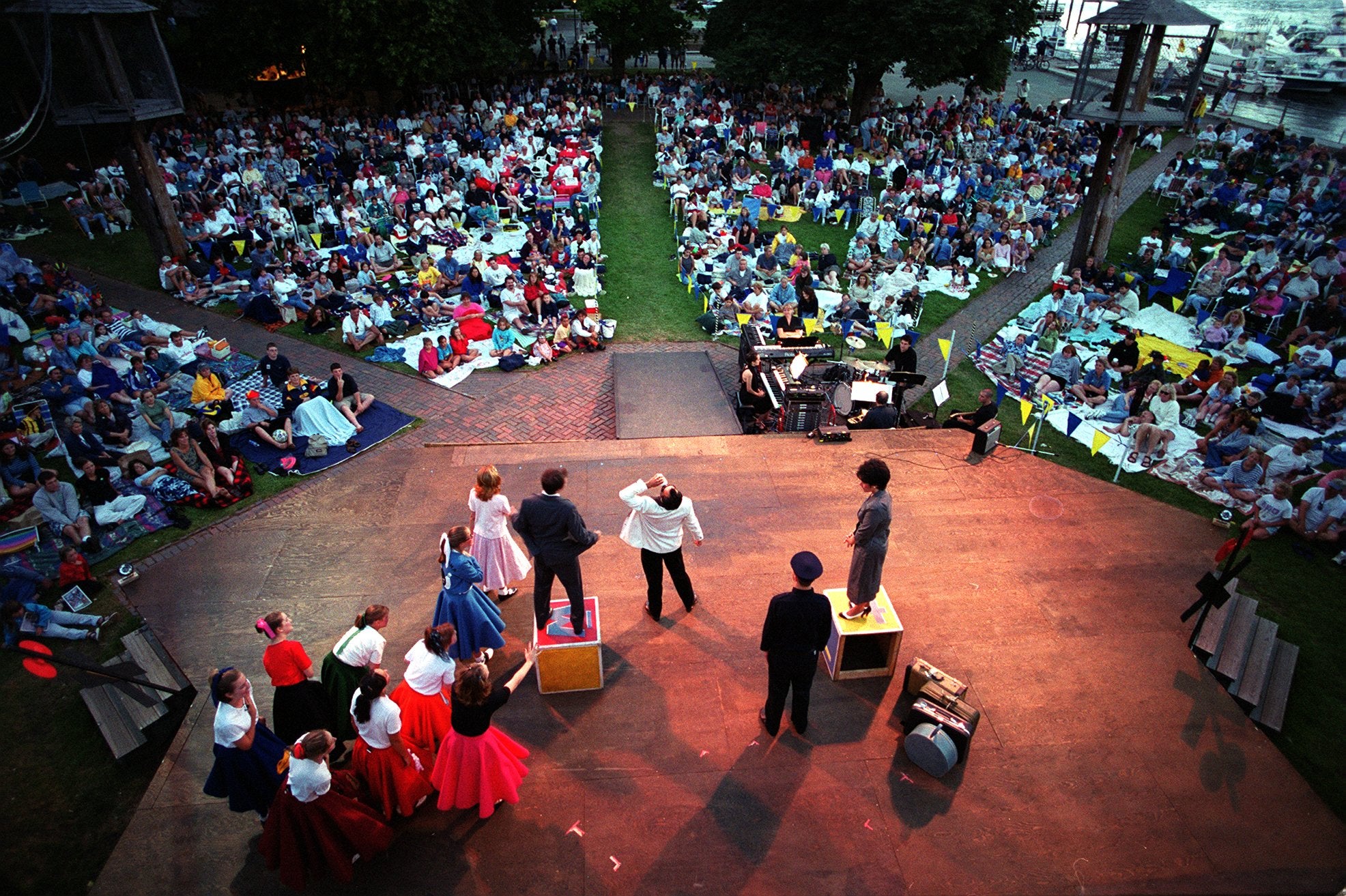 The Prescott Park Arts Festival, now in its 41st year, offers movies, music, and theater on the banks of the Piscataqua River all summer long. This season, expect performances from Lake Street Dive, Aimee Mann, Aaron Neville, and more, and see movies Monday nights at dusk. The events are free, but donations are appreciated. (105 Marcy St.)

9. Picnic and swim on an almost-island called Peirce Island

The 27-acre Peirce Island—which is actually connected to the mainland—has an outdoor pool, walking paths, a playground, and a public boat ramp. A smaller island that’s attached to Peirce, called Four Tree Island, has grilling facilities and great views of Memorial Bridge, the Piscataqua River, and the Portsmouth Naval Shipyard. (Find parking on Peirce Island, which is connected to Marcy Street, a residential street located in the Strawbery Banke Museum area)

Take a self-guided tour of the Portsmouth Black Heritage Trail, and visit the Warner House, the former home of at least eight slaves; The Pearl (formerly People’s Baptist Church), where Rev. Martin Luther King Jr. was a guest speaker in 1952; and the Portsmouth African Burying Ground. (Various addresses)

11. Take a nature walk at the Urban Forestry Center

Explore New Hampshire’s woodlands at the Urban Forestry Center. Choose the 2-mile, round-trip Goodwin Trail, which goes through the woods and past native wildflowers, birds, and animals. Or pick the Tree Identification Trail, which will take you past the center’s Mixed Deciduous Forest, Northern Hardwood Forest, Saltmarsh Wetland, Red Pine Plantation, and Blue Spruce Plantation. Check out a map of the grounds here. (45 Elwyn Road)

Just 10 minutes from Portsmouth is Great Island Common. The town-owned park has 32 acres of green space, as well as New Castle Beach, which has grilling facilities, picnic tables, and a playground for kids. The park is open every day from 9 a.m. to 9 p.m. and costs $4 per person for non-residents. (New Castle residents are free.) Find more area beaches here. (301 Wentworth Road, New Castle) 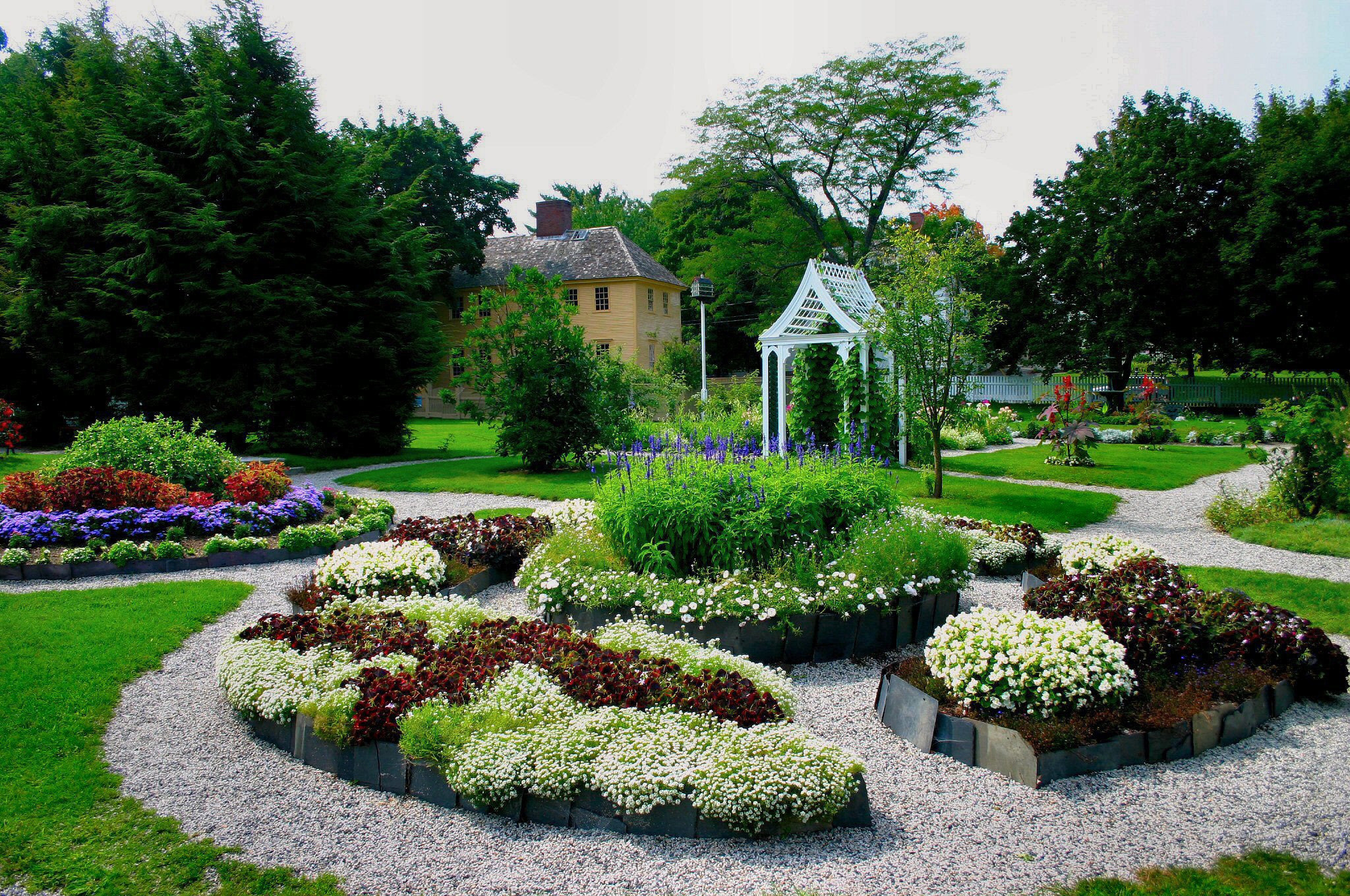 A garden at the Strawbery Banke Museum.

13. Step back in time at the Strawbery Banke Museum

Learn about the lives of people who inhabited the Portsmouth waterfront from 1695 to 1954 at this 10-acre outdoor living history museum. Visitors can stroll eight heritage gardens, view 32 historic buildings, and examine 30,000 artifacts. Interactive exhibits feature workers in period costumes and traditional craft makers. Admission is $19.50 for adults and $9 for kids ages 5 to 17. (14 Hancock St.)

14. Wander through the historic Moffatt-Ladd House

Visit this 1763 historic landmark, the home of William Whipple, who represented New Hampshire at the Continental Congress and signed the Declaration of Independence. Walk the estate’s elegant garden, and take in the Georgian mansion’s portraits, manuscripts, furnishings, and textiles. Tours of the house and garden cost $8 for adults and $2.50 for children. (154 Market St.)

Drop by for game night at Diversions, Puzzles & Games in downtown Portsmouth. Enter a $5 monthly Game of Thrones tournament, a free weekly Star Wars board or card game, or try out a game or puzzle from the store’s vast selection. Don’t know how to play something? Store workers and fellow gamers are happy to help. (123 Congress St.)

16. View the oldest murals in America at the Warner House

You’ll find the oldest existing wall murals in the country at the Warner House, according to its website. The home was built in 1716 for Captain Archibald MacPheadris and is considered one of the oldest urban brick residences in New England. Tour the home and see its furniture, portraits, mementos, books, and other items used by six generations of one family. Admission is $8 for adults and $4 for children ages 7 to 12. Children under age 7 are free. (150 Daniel St.)

The local athenaeum, which has more than 40,000 volumes and an archive of historical manuscripts, photographs, and other objects, is celebrating its 200th anniversary in 2017, according to librarian Robin Silva. “It’s a very beautiful building,” she said. “You can come up and do research and go into our gallery.” Visiting is often free, but sometimes the library hosts exhibitions, concerts, and lectures that require a small fee, Silva said. (9 Market Square)

Take a self-guided tour through the USS Albacore, where the Navy tested experimental features between 1953 and 1972 that are now used in modern submarines. Watch recordings by former crew members, who discuss daily life aboard the submarine. Admission is $7 for adults and $3 for kids ages 7 to 17. Children under age 7 are free. (600 Market St.) 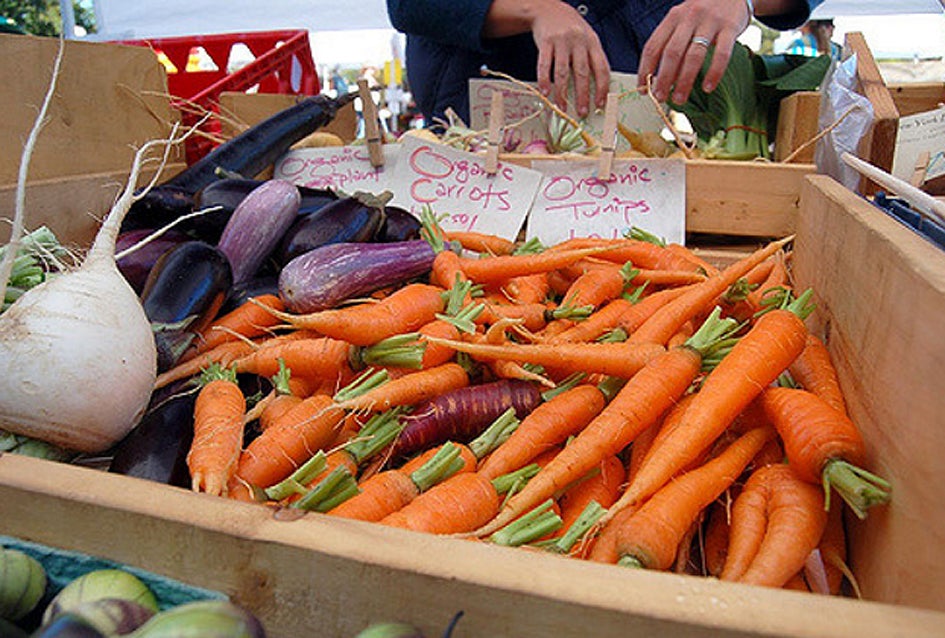 Shop for fresh local produce, homemade foods and beverages, and handcrafted goods at this market, open Saturdays from 8 a.m. to 1 p.m. through Nov. 4. All vendors are required to grow, raise, catch, or make whatever they sell. Some goodies to look for in July: herbs, hanging baskets, sugar snap peas, strawberries, blackberries, melons, summer squash, and sunflowers. (1 Junkins Ave.)

20. Spruce up your wardrobe at Wear House

Buy brand-name women’s clothing and accessories for a fraction of the price at Wear House, a locally-owned resale boutique. Items by Free People, American Eagle, and Vineyard Vines currently are all priced at less than $20, said owner Angela Theos. (74 Congress St.)