PROVIDENCE, R.I. (AP) — With a plethora of street art and a world-famous design school, Providence provides plenty to do for art-loving travelers.

The capital city of the smallest state in the U.S. is compact, and many of its most appealing artistic attractions are within a short walk of each other amid the restored architecture of the city’s downtown and College Hill neighborhoods, which are straddled by the Rhode Island School of Design, known as RISD (pronounced RIZ’-dee). Travelers can take in much of the art without spending a dime.

There has been an explosion in high-quality street murals in the city’s downtown in the last several years. One, by Shepard Fairey, pays homage to Providence, where Fairey, a 1992 RISD graduate, first got noticed with his “Andre the Giant Has a Posse” and “Obey Giant” street art campaigns.

A few blocks from downtown, walk up the steep College Hill to Brown University, and there are several sculptures on display, including “Untitled (Lamp/Bear),” a 23-foot (7-meter) baby-blue bear combined with a giant desk lamp, by Swiss artist Urs Fischer , and “Idee di pietra (Ideas of Stone),” by Italian artist Giuseppe Penone , a sculpture of a life-size tree, the branches of which hold a giant boulder. 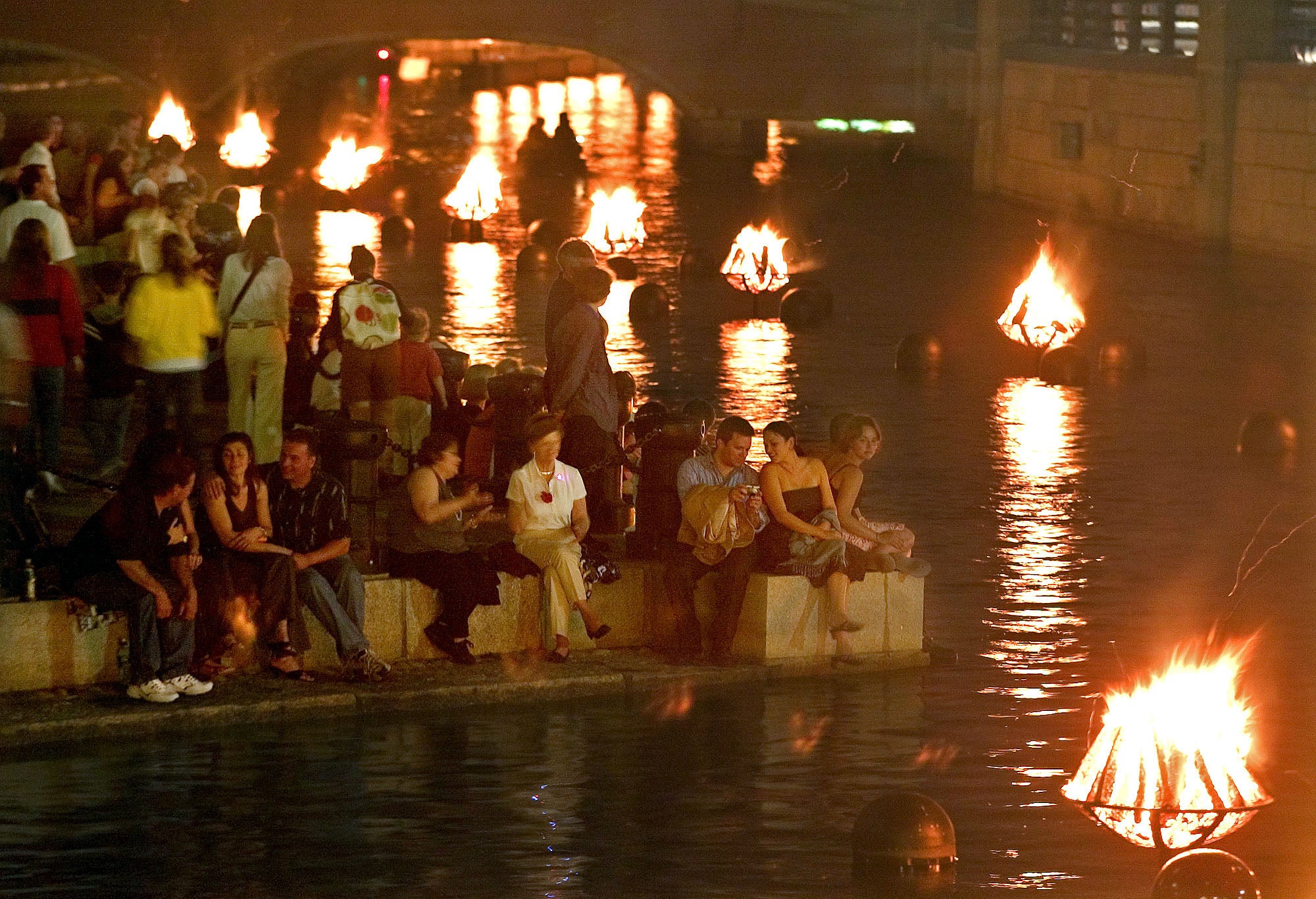 WaterFire, the city’s most famous public art event, happens more than a dozen times a year , and it’s free. Dozens of braziers installed in the city’s three downtown rivers are filled with cedar, which is then lit on fire. The fires are kept alive throughout the night by black-clad fire-tenders moving silently on boats. Fire eaters and other performers, along with music, add to the atmosphere. The piece, created by artist Barnaby Evans, has been going for more than 20 years. It’s scheduled to coincide with the tides. Last month, the group behind the event opened the new WaterFire Arts Center, which is meant to eventually serve as a hub for the creative community, Evans said. He said it’s hosting more than 100 performances during Fringe PVD July 24-29.

This gem of a museum at RISD punches far above its weight, with a permanent collection of around 100,000 objects, including notable pieces of Ancient Egyptian art, Asian art, textiles, 20th century design and American decorative arts.

Among its current and upcoming exhibits are etchings from late 19th-century Paris, including work by artists including Edgar Degas and Mary Cassatt, and “Stranger than Paradise,” which includes works of different styles and eras on the natural world.

The museum is free on Sundays and the third Thursday evening of each month. Part of its fifth floor is currently closed for renovations, but the work is expected to wrap up at the end of next month.

Providence is populated with small shops selling art and crafts made by local artists. Downtown’s Craftland is filled with prints, jewelry, felt creations and other works by local artists including Rachel Blumberg and Meredith Stern , as well as artists from a bit farther afield. Stock, on the city’s East Side, focuses on housewares, with a wide selection of functional and decorative pieces, many handmade in Rhode Island and elsewhere in New England.

Filmmaker John Waters is among the celebrities who has been spotted at the minimalist Dean Hotel , which also features a cafe, cocktail lounge, beer hall, and karaoke bar.